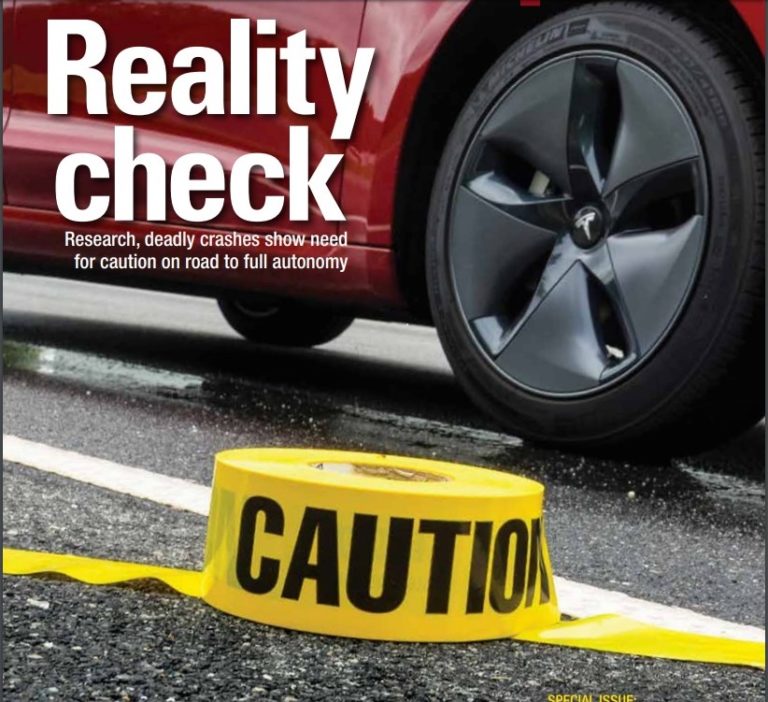 Autonomous vehicles are the living examples of how quickly technology can grow and change the world from the base. Although we know that driver-less cars are the future, we still have a long way to go before it finally becomes the reality.

The biggest challenge for the automakers is to test their autonomous technology in the real world to check how they react and how safe they are. Since the technology is still not perfect and suitable for the real world, we have had a number of unfortunate incidents happening with the driver-less cars.

The latest report from the Insurance Institute for Highway Safety (IIHS) states that the driver-less cars are continuously failing in identifying obstacles in their way.

During a sequence of on-road and track tests for BMW, Mercedes-Benz, Tesla, and Volvo, IIHS researchers found that self-driving cars repeatedly either failed to recognize obstacles or failed to stop when presented with one. The chief research officer of IIHS, David Zuby stated that “The early results underscore the fact that today’s systems aren’t robust substitutes for human drivers.”

The report took place after several incidents happened involving driver-less cars including the most fatal one in Arizona, where a self-driving Uber hit and killed a pedestrian at night.

Let’s just hope that such reports help the manufacturers make these cars safer and more practical in real world.