Drone Marks Its Entry In The Residential Area, Successfully Delivers The Package 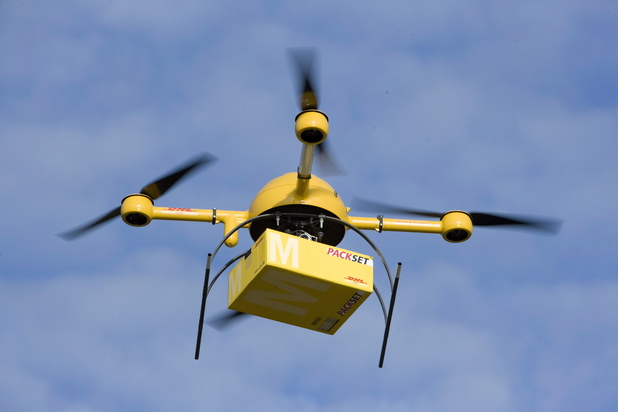 26 March, 2016, USA: Drone service now enters the residential area and it is the small town of Nevada which became the centre stage to get the package delivered through drone. Confirming the drone’s entry in the residential area for the first time, its maker and the governor of the state said, “A drone has successfully delivered a package to a residential location in a small Nevada town. This marks as the first fully autonomous urban drone delivery in the US.” This herculean task was performed by a drone delivery service startup Flirtey.

Speaking about the news, Matt Sweeney, CEO, Flirtey said, “The six-rotor drone flew about a half-mile along a pre-programmed delivery route on March 10 and lowered the package outside a vacant residence in an uninhabited area of Hawthorne, southeast of Reno. The route was established using GPS. A pilot and visual observers were on standby during the flight but weren’t needed.” The packaged delivered at Reno contained bottled water, food and a first-aid kit.

Elaborating on the service, Sweeney stated further, “Conducting the first drone delivery in an urban setting is a major achievement, taking us closer to the day that drones make regular deliveries to your front doorstep.”

The Governor of the State, Brain Sandoval was excited to see the development and he commented, “I am thrilled that Flirtey is not only testing its cutting-edge technology in Nevada, but also creating jobs through its headquarters relocation to Reno.”