Droom raises $30 million in Series D Funding from Toyota, others 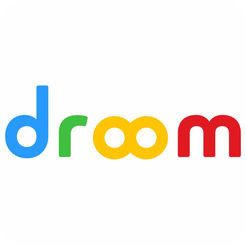 Droom has raised $30 million in Series D round of funding. The funding round was led by Toyota Tsusho Corporation (TTC) and Tokyo-based incubator Digital Garage. Existing investor Ellison Investments and several institutional investors and family offices from China, Hong Kong and South East Asia also participated in the funding round.

The fresh capital will be used by Droom to strengthen its market share in India and to invest heavily in machine learning and AI.

In a press release, Toyota Tsusho Corporation said, “We and Droom are sharing the same vision, which is bringing trust and transparency to the transactions of automobiles. We believe that this partnership contributes the establishment of highly transparent transaction of automotive the wholesome development of auto market of any developing countries, by combining Droom’s technologically advanced platform and our various automotive business experience of all over the world.”

Sandeep Aggarwal, Founder & CEO, Droom said, “Droom has seen tremendous growth over the past three and half years in terms of adoption by buyers and sellers, number of categories and listings, geographical presence and GMV of transactions. This partnership (with Toyota) will play a major role for us as we realize our growth potential, both in India and internationally.”

Droom was founded by Sandeep Aggarwal in 2014. It allows users to buy and sell new and used automobiles. It has four marketplace formats i.e. B2C, C2C, C2B and B2B, and three pricing formats – Fixed Price, Best Offer and Auction. It uses data science to build trust at scale with a US Patent technology called Full Circle Trust Score. It  has also built the de-facto pricing standard for used vehicles in India – OBV. It is head quartered in Gurgaon, India with a team size of 281+