Dunzo And Telangana Govt. Team Up To Pilot Drones To Deliver Medicines 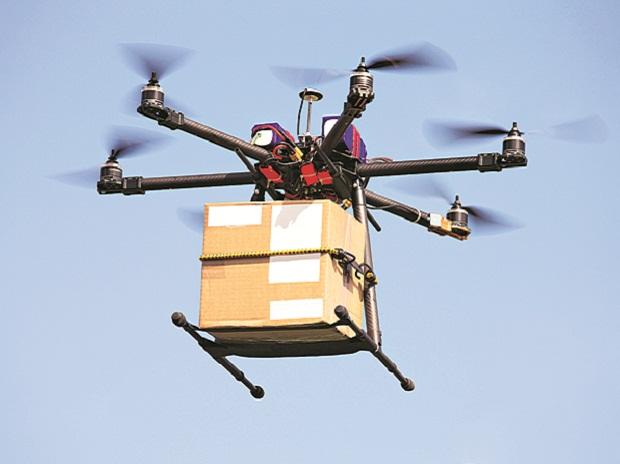 The company Dunzo is a Bengaluru based grocery delivery start-up. It recently announced that it is soon going to launch a pilot programme to deliver medicines to the people with the use of Drones in the state of Telangana.

During a press release regarding the matter, the company said that it is operating a Med-Air consortium, along with a group of industry experts to conduct the experimental Below Visual Line of Sight (BVLOS)  drone delivery flights for its latest project- ‘Medicine from the Sky Project’

This programme is launched in a collaboration between Dunzo and the Government of Telangana and backed by the World Economic Forum. It said that it aims to create a large impact that will help curb the spread of COVID-19 in the state.

While making a comment regarding the initiative in front of the media, the Founder and CEO of Dunzo Digital, Kabeer Biwas said- “As our delivery partners continue to keep our cities safe on the ground, we are working round the clock to meet the urgency of the demand for essentials. Using technology, we can now ensure that no matter where people live, life-saving essentials can and should reach them. We appreciate the Government of Telangana’s recognition of the role technology can play in today’s world to build safer cities.”

He further added to the comment saying- that the company believes that their participation in the ‘Medicine from the Sky’ initiative will facilitate a state and perhaps the country overall, which is more connected and which allows people to get access to vaccines and medicines almost instantly from some of the most populated areas in the state to some of the most rural and backward areas of the state in the near future.

To leverage the state government’s recently taken decision to ease up the policies so that the low altitude airspace drones and unmanned aerial vehicles can be easily regulated, the state government is exploring the scope of drone delivery across the state by delivering medical and healthcare provisions to the citizens.

Sri Jayesh Ranjan, IAS, Principal Secretary, ITE&C Department, Government of Telangana, commented on the collaborative initiative by saying- “Telangana is one of the most proactive states looking to adopt emerging technologies, and the ‘Medicine from the Sky’ project using drones is in line with the same principles. This project is one of the first such programs in the country where multiple drones would fly BVLOS to establish their value proposition for the healthcare supply chain. The vision is to ensure healthcare equity for rural areas.”