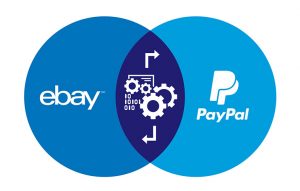 We all know that eBay is the oldest, the most trusted and respected name in the modern online economic industry. Everyone and some point in their lives have used eBay. It has been around for so long that we cannot imagine the shopping industry without eBay now. It’s like the Michael Jordan of online sales and purchase. It came such a long way because eBay has a brilliant customer satisfaction rate. It might have remained the same if a potential game changer would not have been introduced.

A 20 year partnership has come to an end. PayPal and eBay are pioneers in their fields since the early days of the internet. eBay has decided to terminate its relationship with PayPal. PayPal was the mediator of credit for eBay. The transactions took place through a secure PayPal server before, but now eBay has introduced new terms. The multinational e-commerce corporation has decided to pay their sellers directly.

The new “Managed Payments” system will be replacing the older version of trade practices within eBay. The new system does have some benefits. There will now be no PayPal fees and eBay will increase its own fee a little higher. Considering the whole equation, even though eBay is increasing its own fees the final charged amount for the buyer is less than before. That is because the intermediate charge of using PayPal is now completely gone. More payment options will now be available to the buyers. They can now use Google Pay, PayPal, PayPal Credit and many more third-party options.

The arguments made for the shortcomings of this new system however, are stronger. The time delay for transactions will now be 2 days as compared to less than a day before. The new system pays the sellers directly and for that the information about the bank accounts will be in the hands of one of the largest e-commerce companies.

The sellers have severe trust issues regarding the bank information being shared. Other than the usual concerns regarding safety of the credit, they fear that eBay’s tendency to side with the buyers in conflicts will turn this new system into a tool to be used against them. If refunds were to be initiated, then eBay could do it directly from their bank accounts and that is a serious concern.

Other than all this the sellers are not being given a choice. This new system is mandatory for every seller to follow. That is an even greater reason for concern on part of the sellers. Most sellers are required to move to the new system in June and others will be informed soon.