Bitcoin retreated in a crypto market panic after surging to almost $53,000. Despite the recent price drop, El Salvador has just poured more money into Bitcoin, demonstrating the country’s unwavering belief in cryptocurrency. El Salvador now has 550 BTC in its possession. 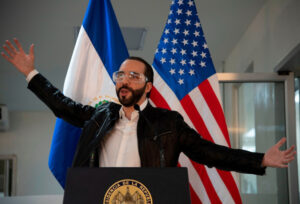 On Tuesday, Bitcoin plummeted to new lows, indicating a dreadful week ahead. Bitcoin fell from above $52,000 to around $43,000 in what appears to be the greatest decrease since the China-induced meltdown in May. Some crypto analysts blamed the drop on whales selling on the day El Salvador declared bitcoin legal tender.

At the time of writing, Bitcoin had recovered some of its losses and was trading above $46,000, but some traders may be concerned about the flagship cryptocurrency’s future move. In the meantime, ethereum, Binance Coin, and Cardano’s ADA have all lost between 12.97 and 16.32 per cent on the day.

However, not everyone is ready to sell. El Salvador has recently jumped in and purchased the dip.

President Nayib Bukele announced on Twitter that his government had purchased an extra 150 bitcoins, which were valued at almost $7 million at the time of purchase. El Salvador purchased $400 BTC hours before legally adopting it as a national currency, as ZyCrypto previously reported.

The country now holds 550 bitcoins, worth roughly $26 million at current pricing, thanks to the new 150 BTC acquisition. Bukele highlighted that the bitcoin discount was ending shortly after revealing the purchase. He also thanked the International Monetary Fund (IMF) for assisting his country in “saving a million dollars in printed paper.”

For context, the IMF has been vocal in its opposition to El Salvador’s intention to embrace Bitcoin and has frequently given dire warnings against the pioneering cryptocurrency.

El Salvador has teamed up with Strike, a digital currency payments processor, and BitGo, a crypto custody service, to build the infrastructure required for the bitcoin effort.

Salvadoran shops and retail outlets will be compelled to accept bitcoin as payment for products and services under the new Bitcoin law. For local users who join, the small country will preload state-sponsored Chivo bitcoin wallets with a complimentary $30 worth of BTC.

However, the country’s Chivo wallet, which is presently only available through the Huawei App Gallery, was momentarily deactivated earlier today due to increased server capacity.

The road to bitcoin adoption in El Salvador has been one filled with so many hurdles. Shortly after the legislation was passed in the country’s congress in June, the opposition party launched a lawsuit to repeal the law. More recently, citizens took to the streets to protest bitcoin’s approval as legal tender on the grounds that they were not consulted, the cryptocurrency is extremely volatile, and fears that it would be used to facilitate money laundering.