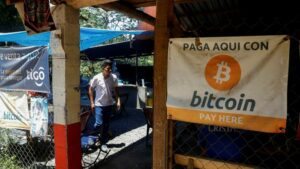 El Salvador has been in the news for quite some time now as it gave previews of how it is planning to break past the conventional boundaries and take up new and rather risky roads. Not long ago, the announcement made by Nayib Bukele about El Salvador planning to adopt Bitcoin as their legal tender besides the US dollar had managed to turn heads and draw a spectrum of responses. Since it is a pioneering move, it is equally challenging and only time will tell if the groundbreaking move was actually groundbreaking or a mere futile attempt to link imagination with reality. Despite the challenges, opposition, and skepticism, on the 7th of September, El Salvador officially became the very first country to adopt Bitcoin as legal tender. The excitement began on Monday evening as Bukele made an announcement, more of an initiation rite where he announced that El Salvador has bought its first 200 coins.

Our brokers will be buying a lot more as the deadline approaches.#BitcoinDay #BTC🇸🇻

Every Coin Has Two Sides

Although the move is one of a kind, the first step to an uncertain domain and not devoid of the potential for success, a good majority of people for against it, and the prevailing skepticism were bound to dissuade the government or at least rethink, however, it seems like Nayib Bukele is all set to go with the wind of change no matter the strain of criticism and opposition. After all, in his defense, every first move framed with novelty was heavily criticized until it touched the glorious line of success. Whether El Salvador will touch that line or not is the question that does not have a clear-cut answer at the moment. For the time being, let us go with the wave of optimism.

Although Bukele is quite confident and optimistic about the movie, a good number of citizens aren’t ready to accept this drastic change as they continue to use the U.S dollar which has been the legal tender in El Salvador for the past twenty years. The reason for this refusal to accept this move can be attributed to the whole element of uncertainty and volubility related to cryptocurrency. You never know when it will change for the worse, and such uncertainty is not preferable for a currency used as legal tender. Another question posed by the people is concerning the investment in Bitcoin and how those people battling with poverty will be able to do so. In addition to all this, there are a good number of people who don’t even consider Bitcoin as an actual currency.

Now let us flip through a few reactions and responses on Twitter that came forth in the wake of this news. Not so surprisingly, very soon #BitcoinDay started trending on Twitter. One thing is for sure, whether this move results in success or failure, El Salvador will always hold the record of being the first to go ahead with a controversial yet innovative initiative.

Too many unanswered questions:

Who are the brokers?

How are they being paid?

How was the contract tendered?
Selection criteria?

Is there a public portal with information on the bitcoinization process?

What are the public reporting protocols?#BitcoinDay #BTC

Next generations will celebrate 7th September as the #BitcoinDay and be reading stories as to how we fought relentlessly to gain financial freedom, inch by inch.

Thanks #SatoshiNakamoto for the revolution!

History has been made.

Now let's get back to building on #Bitcoin  🚀

For those that still think bitcoin is a fad, just remember that starting today, El Salvador begins using it as legal tender alongside the dollar.

It appears the discount is ending 🥲

Thanks for the dip @IMFNews. We saved a million in printed paper.

Today #ElSalvador 🇸🇻 becomes the first nation to adopt a #Bitcoin standard. To celebrate, we are giving away ONE President @nayibbukele #NFT.

For a chance to win it: