Kim Kardashian singled out for promoting a crypto to her followers

According to watchdogs, celebrities are abandoning their audiences by promoting high-risk internet investments. 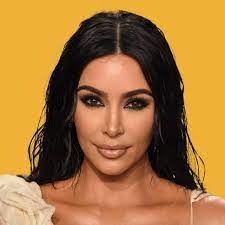 Kim Kardashian has been singled out for promoting a cryptocurrency to her 251 million followers on social media.

On Sunday, the reality TV star promoted Ethereum Max, a digital “token” akin to Bitcoin, on Instagram. ‘Are you guys into crypto???’ she inquired. This is not financial advice, but rather an information from my pals on the Ethereum Max token!’

Miss Kardashian, 40, did not disclose the amount she was paid for the advertisement, but according to a 2019 court filing, she can make up to £361,000 for a single Instagram post.

Floyd Mayweather, the boxer, has endorsed Ethereum Max and accepted the online tokens as payment for a recent fight with YouTube star Logan Paul.

Crypto tokens, according to regulators, are too hazardous for most savers, and some are hoaxes. According to Charles Randell, chairman of the Financial Conduct Authority, celebrities are peddling “delusions of rapid riches.”

‘I can’t tell whether this particular token is a scam,’ Mr Randell said of Ethereum Max at the Cambridge International Symposium on Economic Crime. Scammers, on the other hand, regularly pay social media influencers to help them pump and dump new coins based on sheer conjecture.

‘We simply don’t know when or how this storey will conclude, but it may not end well. As with every fresh supposition’. he added.

He claimed that a large number of people had “lost savings” after being “lured into the crypto bubble by delusions of rapid riches. Sometimes after listening to their favourite influencers, who were willing to betray their fans’ confidence for a fee.”

Also read: MicroStrategy investment in gold vs. in Bitcoin

Mr Randell went on to say that Miss Kardashian’s post could have been the single-largest cash promotion in history.

Cryptocurrencies, such as Bitcoin, have sparked concern among watchdogs because they are only available online and have no underlying assets.

Newer tokens, like Ethereum Max, are considerably riskier because they lack a “white paper” that explains how they work.

Most restrictions do not apply to cryptocurrencies, making buyers susceptible. ‘To be clear, if you buy them, you should expect to lose all of your money,’ Mr Randell warned.

What is your opinion on this sort of promotion? drop it in the comment section below and do tell us how did you like it.