Elon Musk Claims that After Smoking a Joint with Joe Rogan, the Feds Drug Tested Him.

Elon Musk claims that the federal government observed him after he consumed marijuana on the podcast The Joe Rogan Experience.

One of the subjects Musk, 51, and the Nelk Boys and John Shahidi discussed on Friday’s episode of the Full Send PodcastPodcast was the criticism Musk has faced online. 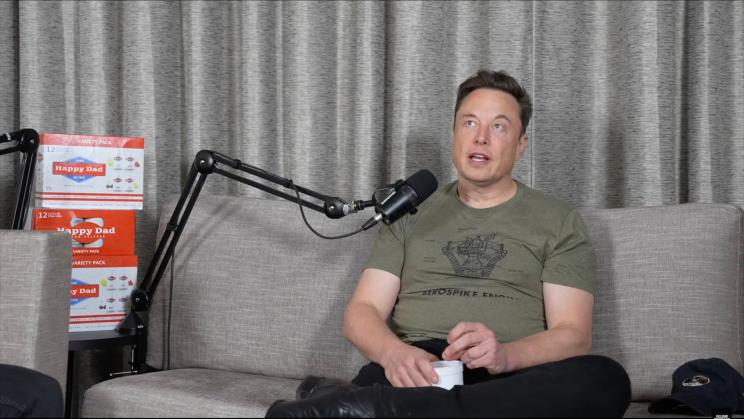 “Do you recall when you smoked marijuana on Joe Rogan? Did anybody criticise you harshly for that?” Asked Kyle Forgeard.

I did receive a lot of criticism because it’s still, like, federally prohibited, Musk said in response.

During the discussion, Musk disclosed that because SpaceX holds contracts with the federal government, he was compelled to submit to drug testing after smoking with Rogan.

It was genuinely quite bizarre, and I had to submit to random drug tests to demonstrate that I wasn’t a drug addict.

Musk claimed that in the year after his participation on Rogan’s podcast, the authorities tested him for “everything” related to drugs.

Musk also spoke on the show about Brittney Griner, a WNBA player who was recently sentenced to jail time, and the legal status of marijuana in the US.

“Shouldn’t we liberate individuals in America who are in jail for the same thing if the president is trying so hard to sort of free someone who is in jail in Russia for some weed?” said Musk.

Although marijuana is prohibited on a federal level in the United States, it is permitted for recreational and medical purposes in 19 states. However, a large number of prisoners continue to serve jail time.