Elon Musk has been jumping positions like crazy and is closer than ever before to become the richest person in the world. Elon, as well as his companies have seen many ups and downs recently. Like the Tesla vehicle call back in China or Elon’s COVID testing coming positive. But the good happened when Tesla made history by sending four astronauts to space, and the company was included in the S&P 500 index after the serious stock price hikes. After this Elon Musk crossed Zuckerberg to become the third richest person in the world. 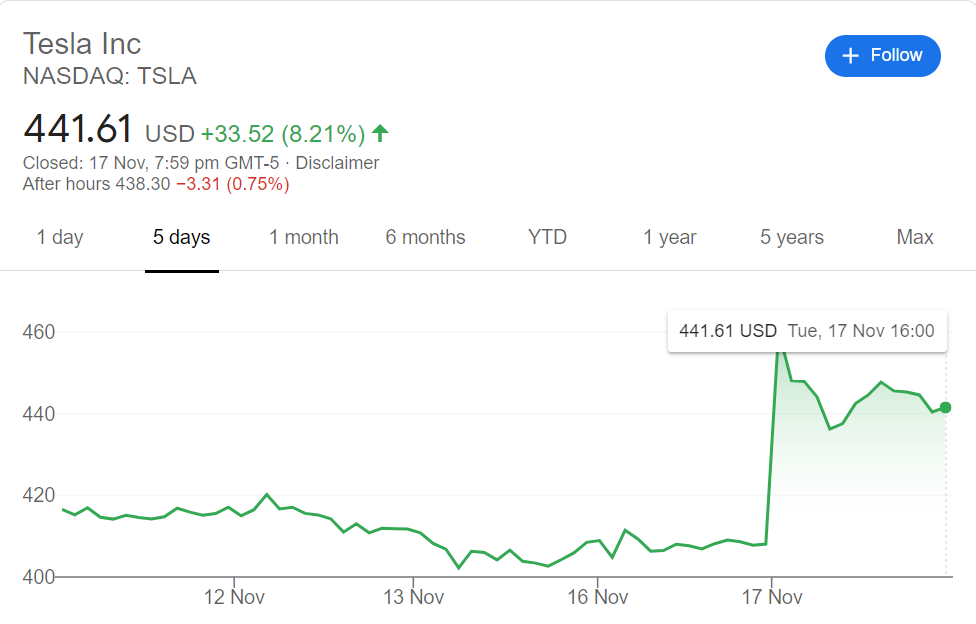 After SpaceX’s mission was successful, Tesla’s share prices also skyrocketed (see what I did there). On Monday, Tesla jumped by more than 15% and on Tuesday by around 8.2%. On Monday the shares were trading at around $410, and by Tuesday they skyrocketed to $460. As of now, the prices have gone down a little as the market readjusted themselves at around $442.

Tesla was not able to make it to the S&P 500 because of a small margin in September 2020. But after a lot of effort and waiting they have finally made the cut. Reports suggest that the company will be included in the list on December 21 just before Christmas. So, it’s Merry Christmas for Elon and Tesla. We also know that Tesla will become one of the largest entries in the S&P 500 list ever. 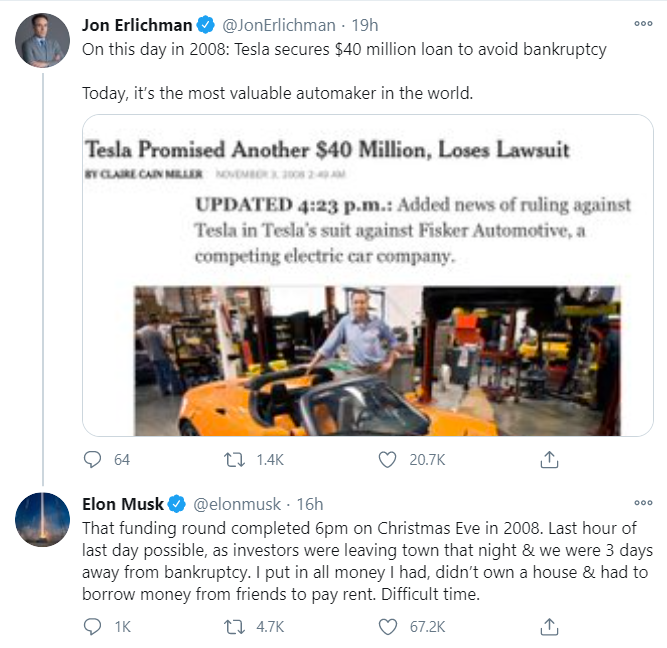 er so much effort, waiting, ups and downs, Tesla has finally made it to the list. It’s actually a well-deserved spot for the company and if we see how tough the journey has been. If you don’t know about this, let me tell you in brief, so that you guys can appreciate it properly too. Well, what happened was in Nov 2008. The company was about to go bankrupt and someone, the company, managed a $40 mn debt to keep running. Elon sold his house, didn’t have money to pay for rent and struggled a lot at the time being. But, what followed next is history.

What are your thoughts on Tesla’s success and the fact that Elon Musk crossed Zuckerberg and is now the third richest person in the world? Let us know in the comments below. Also, if you found our content informative, do like and share it with your friends.