Elon Musk cuts the red ribbon at Giga Berlin as the factory is set to start manufacturing 500,000 vehicles annually. Musk is seen dancing as Tesla’s first German-made cars were being sent to 30 clients on the first day. 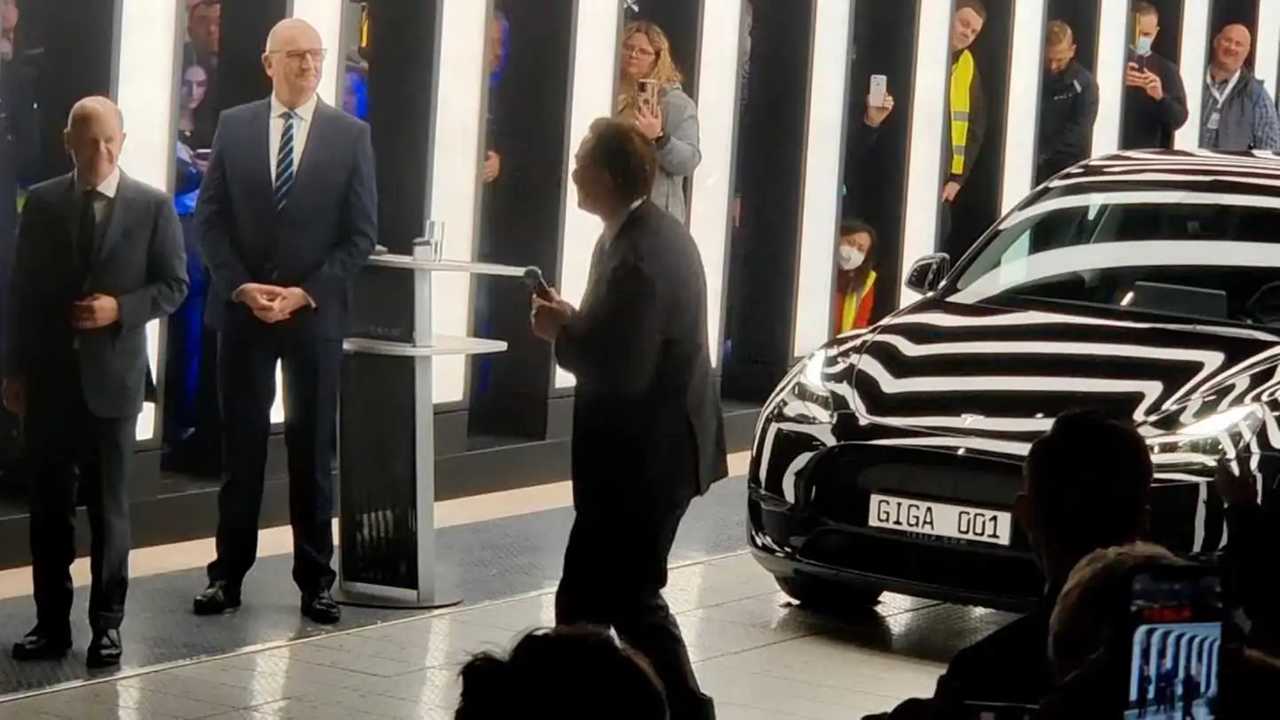 Before hailing the launch, Musk said, “This is a great day for the factory,” the launch is “another step in the direction of a sustainable future,” according to Reuters. With this factory opening, Musk revived memories from the earlier factory launch of Giga Shanghai. After which he also showed some of his dance moves.

Musk is to cut the red ribbon at the new Giga Berlin as the factory in Grünheide starts manufacturing. It is located within commuting distance of the capital in Germany. Interestingly the reason behind the factory delay was certain protestors’ resistance, they were also present as the factory started. Several protestors were seen gathered, raising their concerns on too much water consumption. Also being unhappy about the number of trees that have been cut, to build the factory in the location.

However, the factory is successful in getting all the required permits and starting production. This comes around the time when the demand in Europe is increasing, as the prices of the vehicles are hiked and also as EVs are becoming popular.

According to the Auto Motor Und Sports publication in Germany, the plant is targeting an output of 2,000 vehicles within the first few weeks of serial production. Furthermore, Troy Teslike, an independent Tesla researcher tweets that the company is hoping to gain a 1,000 per week target as they reach six weeks after the commercial productions start. Eventually, by the end of 2022, they plan to reach 5,000 vehicles per week. However, it remains unclear how the automaker is going ahead.

The U.S. EV maker has been struggling to keep up with demand and there are reportedly lengthy delays for Model Ys and certain Model 3s in different parts of the world. Last week, Tesla had to temporarily shut production at its Shanghai plant due to Covid-19 cases resurgent in China. That limited production of made-in-China Model 3 and Model Y vehicles there for at least two days. In recent quarters, Tesla has been exporting cars from China to customers in Europe. Demand for EVs remains very high in Europe, and now Tesla can rely on some production on the continent, not solely to be shipped from China.

Giga Berlin has been several years in the making. It is extremely important to Tesla’s plans to expand globally following the opening of its Gigafactory 3 plant in Shanghai in late 2019. The company has also started production for the Model Y at another plant in Austin, Texas, recently, but Tesla is yet to hold a grand opening for the site.