Elon Musk is selling an NFT song as an NFT: It’s cool

NFTs are all the hype right now, and you know that when Elon Musk is selling one. He tweeted that he will be selling a song about NFTs as an NFT. And if that’s not cool, I don’t know what is. Elon Musk selling an NFT could become a boom for the industry, and it could become even more popular. We can easily say that whatever Elon tweets about become popular, so I have high hopes for NFTs.

I’m selling this song about NFTs as an NFT pic.twitter.com/B4EZLlesPx

The NFT Elon Musk is selling.

Elon Musk’s NFT glorifies NFTs or non-fungible tokens themselves and is a song about it. The NFT has a trophy with several wordings that show the entire essence of Musk. He loves Doge, and we see miniature doge on the trophy. There are also many wordings on it like “HODL”, which means HOLD, and “Never Sell”. These refer to the Dogecoin cryptocurreny, which he really loves. Elon never misses a chance to tweet about it and make the prices go high. And investors might even make this a great opportunity to take the price of Dogecoin sky high. 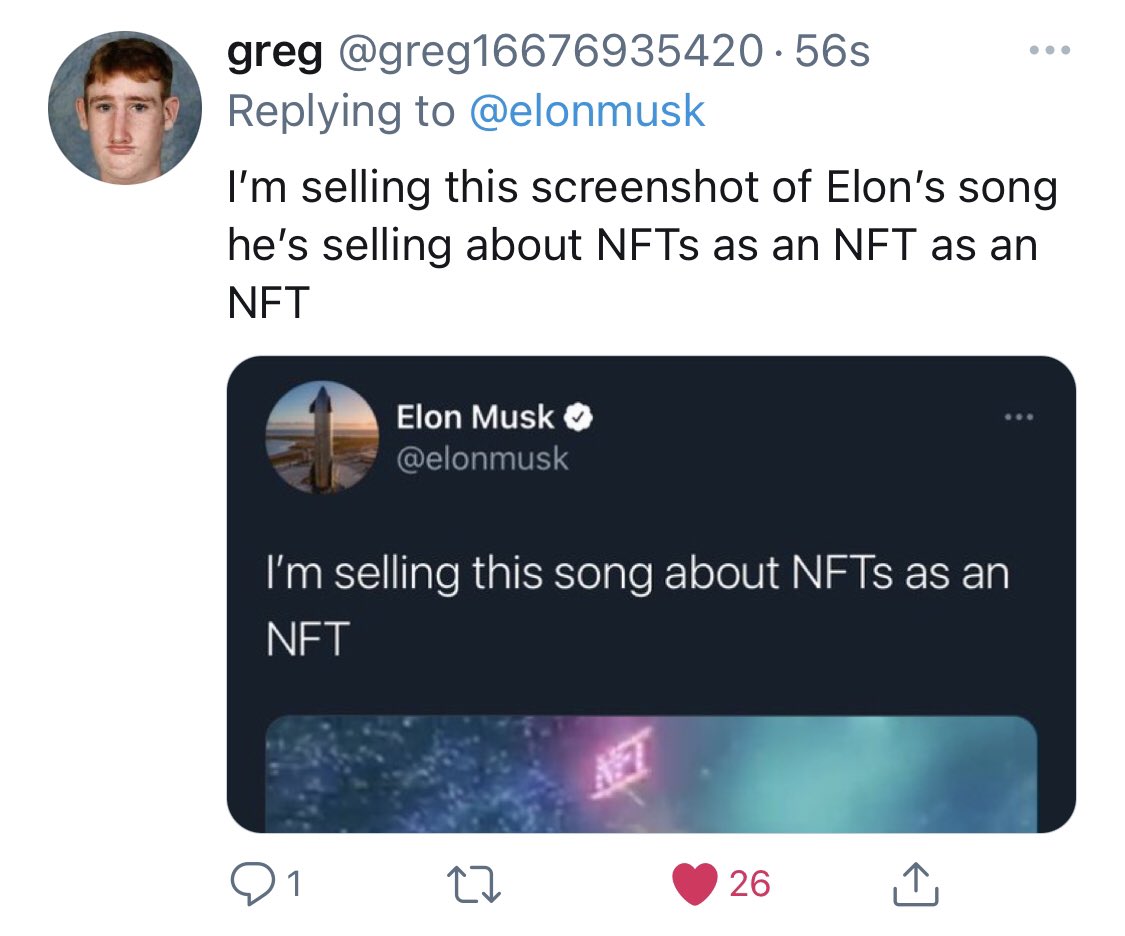 Elon Musk’s NFT could even normalize selling digital art as the new normal. But as always, there are critics, and many have shown their disregard in replies to Elon’s tweets. One such person is Peter Schiff, who has very strong opinions against Bitcoin. He said, “Why not just have #Tesla buy it? It can pay you in #Bitcoin. I’m sure shareholders would be happy to add this to their collection of digital tokens.” And then some individuals adore Elon’s newfound interest in NFTs. Many of them even took a screenshot of Elon’s tweet and are selling that as an NFT. Individuals who don’t have millions of dollars to but the NFT can buy a screenshot of it (pun intended).

What could this do to the NFT market?

Just recently, an NFT sold for a whopping $69 million showing how large the market has become so quickly. And with this tweet, the growth rate could skyrocket. New creators might come in very soon and consider selling their arts as an NFT while existing ones could keep making and earning millions.  We have to wait and see how much bid does Elon’s tweet gets and what sentiment does it invoke in the masses. Till then, we can’t say what the outcome of this new interest will be.

What are your thoughts on Elon Musk selling an NFT? And how much do your think will be bid for this? Let us know in the comments below. Also, if you found our content informative, do like it and share it with your friends.