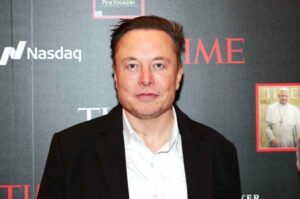 Reports specify that Elon Musk’s goals for Twitter Inc include a brand new, concealed product referred to as ‘X.’ The revelations came from his investor presentation gathered by the New York Times this week. This product ‘X’ is expected to launch coming year, bringing in about 9 million subscribers by the first year itself, according to the estimates of the pitch deck. The billionaire CEO projects 104 million users to start using the product by 2028.

This comes across one of the various ideas thought of by the Tesla CEO in his grand plan to quadruple Twitter’s user base, and quintuple its revenue. This is despite his previous claims about him not caring about the economics of acquiring the social media platform.

Though no other details were disclosed about this mysterious plan of the billionaire, he had specified a number of alterations he hopes to make to the platform at the fulfilment of his $44 million purchase of the company. Among these, include an edit button, along with an ad- free version of the social media app.

Other revelations from the pitch deck:

The pitch deck specified a ‘payments business’ that the Tesla CEO estimates would generate $15 million in revenue by next year, according to reports. Twitter co-founder, Jack Dorsey, along with Musk clearly have experience in the area of digital payments. Dorsey is the Chief Executive of Square, now called Block, with Musk being one of the initial co-founders of PayPal.

In a press release from last month, Musk mentioned that he wants to enhance the workings of Twitter by improving the platform ‘with new features, making the algorithms open source’ to generate trust, getting rid of spam bots, along with ‘authenticating all humans.’

On April 25, Twitter’s board finally reached a unanimous decision of accepting Musk’s buyout of $54.29 per share. In a statement, Twitter stated that deal is set to close this year, ‘subject to the approval’ of the stockholders of the company,’ The receipt of applicable regulatory approvals, with the satisfaction of other customer closing conditions.’ Among others, Musk hopes to establish the right to freedom of speech on Twitter as he works on how ‘improve’ the platform.