Elon Musk reportedly sexually harassed a flight attendant in 2016 Musk's SpaceX paid $250,000 to settle the harassment claim against its CEO 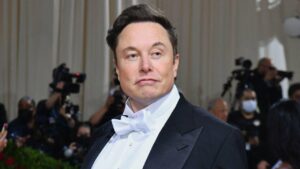 Elon Musk’s rocket launch company, SpaceX reportedly paid $250,000 to settle a claim by an employee that she was sexually harassed by Musk in 2016. Reportedly, the payment was made in 2018 to an unnamed flight attendant working as a contract employee on corporate jet of SpaceX, of which Musk is CEO and founder.

Reports specified the receipt of a signed declaration from a friend of this flight attendant, whom she informed of the events, along with other documents. The alleged victim claims that the SpaceX chief executive exposed his privates to her, rubbing his leg at the time of a requested massage. Additionally, she claimed that billionaire offered to purchase a horse for her if she would offer ‘more’ than just a massage.

Reportedly, she was asked to get a massage license in order to provide Musk with massages. The friend stated how they encouraged the victim to get this license ‘on her own time and dime.’ According to her, they implied that the victim could get more flying opportunities often by getting the license as then she would be able give Musk ‘proper massages.’

Following the alleged incident, the contract employee gave in a complaint to SpaceX, which went on to get settled outside court. Apparently, she was offered $250,000 in 2018 in exchange for her word that she would not sue the company.

Musk’s response to these allegations:

Denying the accusations, Musk described the reports to be ‘politically motivated.’ When enquired about the allegations, Musk stated that if he were ‘inclined’ to take part in such acts, it is ‘unlikely’ to be the first instance in his three decade old career that it is finally being revealed.

“If I were inclined to engage in sexual harassment, this is unlikely to be the first time in my entire 30-year career that it comes to light,”

These accusations on the Tesla CEO come up as he deals with the $44 billion Twitter acquisition deal. Evidently, Musk is an active user of the platform, tweeting about this deal and several other developments, such as politics and free speech.

On Thursday, May 19, Musk tweeted that he would from now on vote for the Republicans owing to the Democratic Party becoming one of ‘division and hate.’ Notably, Musk was previously an active supporter of the democratic party. He had predicted of ‘dirty tricks and campaign’ against him following his denunciation of the left.

Following the emergence of the reports on the sexual harassment accusations against him on May 20, Musk yet again indicated to an alleged smear campaign. He stated the attacks against him should be seen ‘through a political lens,’ and nothing would stop him from fighting for the ‘right to free speech.’

“The attacks against me should be viewed through a political lens — this is their standard (despicable) playbook — but nothing will deter me from fighting for a good future and your right to free speech,”