Elon Musk recently visited Germany to visit the Tesla factory in Berlin. The uncertainty surrounding the Giga Berlin factory kept increasing each day. With this visit, Elon Musk talked with Economics Minister Jörg Steinbach and a few other people in Brandenburg. Two days after the visit, Musk announced a “county fair and factory tour”. 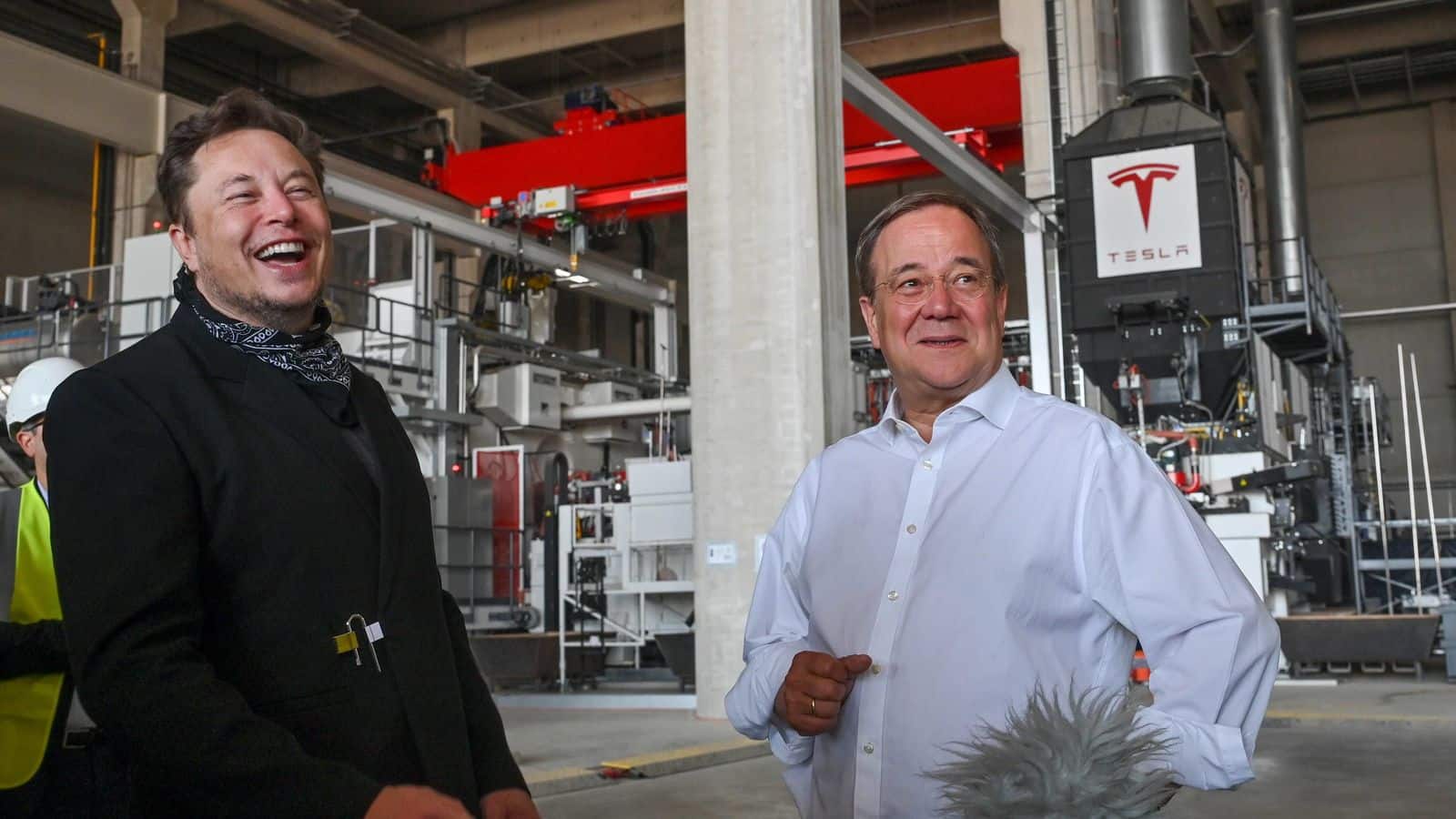 Despite the existing 44 objections, the factory is moving ahead in various ways. Last year there were around 373 objections that were solved or clarified in every aspect. Before heading into the factory, Musk said, “I don’t know; we’re hoping to get the final approval in October. Or “Oktoberfest.” An “Oktoberfest” approval,”

Furthermore, Musk seemed to have a light conversation with German Chancellor candidate Armin Laschet. Where they talked about electric cars being the future, and Musk pointing out that hydrogen fuel vehicles being a waste of time. They had a hearty laugh during this talk.

Laschet tweeted recently, “The UN climate report is clear: a global, worldwide effort to protect the climate is more necessary than ever. I want to make Germany the first climate-neutral industrial country, secure jobs in the face of structural change, and secure that climate protection is socially successful,”

Celebrating Oktoberfest with a factory tour

A video of the stamping section was released prior to the visit. The facility seems to be going along as planned. However, the approvals are yet to be approved. Musk hinted already that by October fest the factory is expected to get done with the approvals. On 13 August, Musk announced a county fair & factory tour, to be held on 9th October this year.

Things don’t seem to be far behind as they may look. If the factory can be ready by October, production can start this year as planned. Giga Berlin is crucial for Tesla’s sales in Europe. It would remove the burden on China’s export sales, which was been going on for almost a year now. On occasions, export unites saved Giga Shanghai from the lower number of sales. However, as Tesla is also pushing its goals in China, the demand is expected to increase. Recently Giga Shanghai is known to have the capacity to manufacture 470,000 vehicles per year. Eventually, the factory in China is expected to manufacture 500,000 vehicles every year.

Additionally, with a local manufacturer available, Giga Berlin would reduce the price of Model Y in Europe. By 2022 or 2023, Musk predicts that Model Y will be the best-selling car in the world. The continuous growth in sales shows a promising future for Model Y.