Elonspace, a new company in the UK led by Elon Musk Phd 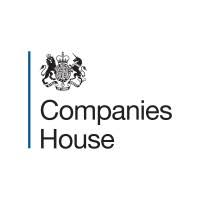 Elonspace Ltd. Registered in the UK

A rather odd name, both for the company and the owner. The entry records list the nationality and birth month as the same as that of the real Elon Musk, the name behind industry giants SpaceX and Tesla.

It may be noted that the the location of the business has been cited to be in the UK, and the country of residence is also different from Musk’s. So, the company does not, in fact, seem to be a fake. Another interesting thing is that that real Elon Musk never got his doctorate, as he left his PhD course two days after enrolling.

The Owner’s Name Still Under Wraps

Following the contact address of Elonspace Ltd. leads one to a building in West London, which is currently being used for student accommodation. As for the type of work the company engages in, the register lists it as being involved in IT, computer facility management, and data processing.

So far, the identity of Elonspace Ltd. remains unknown, but what is known for sure is that social media posts about a new crypto by the same name as the company started doing  the roundson the internet, the same week as when company got itself registered with the register. A representative of the crypto company has refused to reveal any classified information about the company and the owner, saying that it would be a violation of their NDA.