According to The Verge, Epic is “open” to games that support cryptocurrency or blockchain-based assets in its game store, whereas Valve has banned games that use blockchain technology or NFTs from Steam. 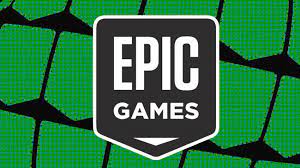 When we asked if games incorporating NFTs would be allowed, Epic said there would be some restrictions, but that it was willing to engage with “early developers” in the “new field”.

Epic Games Store will welcome games that make use of blockchain tech provided they follow the relevant laws, disclose their terms, and are age-rated by an appropriate group. Though Epic’s not using crypto in our games, we welcome innovation in the areas of technology and finance. https://t.co/6W7hb8zJBw

According to Epic, the games would have to follow financial regulations, be transparent about how the blockchain is used, and have acceptable age ratings. It also states that developers would not be able to accept cryptocurrency through Epic’s payment service; instead, they will have to use their payment methods.

Epic’s CEO Tim Sweeney previously stated that the business isn’t interested in working with NFTs, but that comment now appears to be limited to the company’s titles.

Epic said it will explain the regulations as it talks with developers to figure out how they want to use blockchain technology in their games, according to The Verge. After we published this story, Sweeney tweeted some further remarks, saying that Epic embraces “innovation in the realms of technology and finance,” and that blockchain isn’t inherently good or bad.

None of this implies that developers who have been turned down by Steam can immediately upload their game to the Epic Game Store. Epic’s self-publishing initiative is now in closed beta, and according to Epic’s FAQ, it selects participants on a “case-by-case basis”.

Epic, on the other hand, has demonstrated that it is a very permissive platform owner — a point of contention in its dispute with Apple when lawyers brought up the “offensive and sexualized” titles available on Itch.io, a game store accessible through Epic’s game store.

Epic may compete with Valve by allowing games that Steam prohibits. Epic has previously demonstrated its willingness to take significant risks to make its shop a key role in the PC gaming space, and this could be another attempt to sway gamers and developers.

After hearing about Steam, some NFT fans quickly turned to Epic. Enjin, a company that assists developers in incorporating NFTs into their products (including SpacePirate, who tweeted about their game being removed from Steam), retweeted our Steam post and tagged Epic CEO Tim Sweeney, demanding to speak with him. It appears that at least one of their questions has been answered.