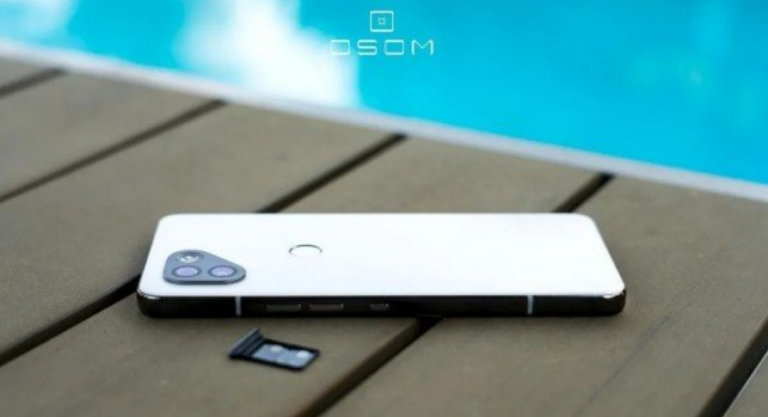 Osom, a startup created by Essential workers after the company went bankrupt, has divulged fresh information about the OV1 phone, including an identifiable list of production ingredients. To compete with Apple, Google, and Samsung flagships, the OV1 will sport a stainless steel and titanium shell, a ceramic back, Corning Gorilla Victus cover glass, and a Qualcomm CPU.

According to Android Police, the phone’s chassis will be made of stainless steel, while the power and volume buttons, as well as the ring around the camera bump, will be made of titanium. According to Osom, the OV1 would be “noticeably bigger” than the Essential Phone, which featured razor-thin bezels and a 5.7-inch screen.

According to the business, the phone will also be available in white and matte black. The OV1 was not planned to be a knockoff of the Essential Phone, according to Jason Keats, the company’s founder and CEO.

The resemblance is just accidental, as both were conceived and engineered by the same team. Even five years after the team praised the Essential Phone’s construction, it still stands out, and the materials are fairly unique in other phones.

According to TechCrunch, the OV1 was supposed to be unveiled this week, but Osom is postponing the announcement and shipment date in order to upgrade the phone’s chipset. The company says it will use a Snapdragon 8 series chipset, but no other details are available. Qualcomm recently altered its CPU naming scheme with the Snapdragon 8 Gen 1, but given the OV1’s promise of secrecy, that exact chip is unlikely to be used.

Osom says that the phone will feature “all-day” battery life and ultra-wideband, or UWB, technology, similar to that used by Apple, Google, and Samsung for accurate location monitoring and digital vehicle keys.

Instead of an e-SIM, the phone will accept two traditional SIM cards. According to the corporation, the decision was made not to employ an e-SIM in order to avoid being bound to certain carriers.

Osom claims to have learned from Essential’s camera mistakes and hopes that the OV1 would provide a true flagship camera experience. The OV1 features a camera bump that the Essential phone lacks. The two back cameras, with 48MP and 12MP resolutions, are situated under that hump. The front-facing camera will be 16MP in quality.

In addition, a USB-C to C connection is provided in the box. The Osom includes one with a vital skill: the ability to flick a valve that physically disengages the data pins, allowing users to confidently remove their phone from a common receptacle. Nevertheless, the cable operates at USB 2 speeds, which is a dismal 60MB per second, according to Osom spokesman Andy Fouché.

When used in conjunction with a separate connection, the OV1’s port may handle the significantly faster 625 MB/s USB 3.2 Gen 1 rates. The business did not say how rapidly the OV1 will charge, only that it will be incredible. Because it’s BYOB (bring your own brick), there won’t be a charger included in the box.