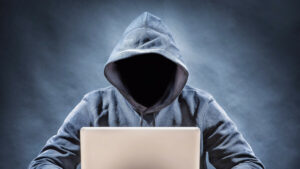 A couple of Republican lawmakers are reportedly grilling Apple Inc. and the FBI, or the Federal Bureau of Investigation for information. The aim of the pressing is apparently to acquire information on the spyware that originated in the NSO Group, the Israeli Company. The reports came forward in a series of letters got hold of by concerned authorities.

The said letters were dated Thursday, March 3, and signed by House Committee Ranking Member Jim Jordan, R-Ohio. It was also signed by subcommittee on civil rights Ranking Member, Mike Johnson, R-La. Earlier this year, The New York Times had reported about the FBI having acquired surveillance technology from the NSO Group. These spyware tools developed by NSO were like Phantom and Pegasus. The agency, according to the report had tested the Pegasus tech, and mulled using Phantom in the US, before deciding against it.

“The Committee is examining the FBI’s acquisition, testing, and use of NSO’s spyware, and potential civil liberty implications of the use of Pegasus or Phantom against U.S. persons,” the letter to Apple says.

The Pegasus technology is essentially a spy tool that enables users to hack into iOS or Android phones. It allows them to gain access to encrypted apps without getting the victim to click on any link that is malware. A report stated that the NSO Group had pitched an identical tool called Phantom to local US Police. The Israeli government had reportedly given Phantom the special license to target phone in the US, something Pegasus did not alive. Only US government agencies had access to buy this tool and it was demonstrated to the FBI for the same reason.

The letter to the FBI stated how spyware poses significant risk to people’s civil liberties. It asks the FBI to give in all communications between the NSO Group and themselves. Along with it, the subsidiaries regarding the their purchase, any use of the spyware and the legitimacy of using it against domestic targets.

The letter the two lawmakers wrote to Apple contained a request to the CEO to provide details on the company’s ability to detect when any of their devices are on target by these spyware tools. It requests the company to specify the number of instances they have detected such targets from the tools, and its specific locations. Additionally, Jordan and Johnson asked Apple for a “staff level briefing” about their communications regarding the spyware with any agencies.