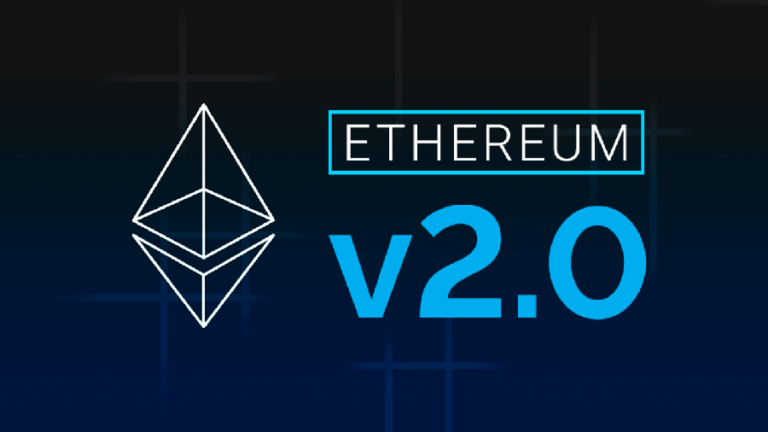 Ethereum 2.0: Everything you need to know

Being talked about a lot these days, many of you are already aware of cryptocurrency, also known as virtual currency or digital money. This virtual money can be used to buy, exchange or sell goods and services over the internet. However, crypto has its upsides along with a few downsides as well.

Cryptocurrency is majorly appreciated for its divisibility, portability, and transparency along with its highly secured Cryptography making double-spending completely out of question. Not just that, this virtual asset is often criticized for its vulnerability, its inconsistency in exchange rates along with its use for some unlawful activities over the internet. All of this can be said to exist because of its decentralized overall layout, helping it function without any government interference.

In addition to all this, if you start searching for cryptocurrencies available online, you will come across various currencies to invest in, some might be popular, having large demands and some might be the other way around. This includes Dogecoin, Ethereum, Baby Doge, Binance, Ethereum 2.0, and many others.

As Ethereum 2.0 is based on a popular cryptocurrency Ethereum, it is only logical for you to get a fair idea about Ethereum first.

Blockchain networks as most of us know, is a technology working across a series of computers recording and verifying transactions. Ether being one, has a similar framework. The users on this network can monetize, create, publish and use this cryptocurrency as payment. Furthermore, people using Ethereum are required to pay a fee for them to use the distributed applications often known as dApp, known as “gas” as the amount varies on the amount of required computational power.

Everything there is to know about Ethereum 2.0

Ethereum 2.0, also known as ETH 2.0 or Serenity, is an improvement over the regular Ethereum on multiple levels. The main intent is to increase the platform’s sustainability, increase transaction capacity and reduce fees. In order to achieve this goal, Ethereum is looking forward to changing its consensus mechanism to proof-of-stake(PoS) which used to be Proof-of-work (PoW) earlier, which would make it much easier.

The Proof-of-Stake model will not just allow lower fees and faster transactions for Ethereum, but also let the holders of the currency earn rewards along with growing their holdings over a period of time by holders to “stake” a part or their entire holdings to “stake pools”.

In addition to this, Ethereum 2.0 will make the network much more practical for average users as, if the update is successful, it will reduce fees which was a lot higher before, preventing many from using it. Along with this, with its lower fees and faster transaction speed, it will definitely open up the network to a wide-ranging demographic of users.

Not just that, the upgraded version of Ethereum will apply a method known to be as Sharding, gently increasing the speed of transactions, potentially increasing its capacity to over one lakh transactions per second or even more. Ethereum holders will be able to stake their holdings at this very moment using several popular cryptocurrency exchanges including Binance, Kraken, and Coinbase to name a few.

After reading about ETH 2.0 so far, you might be wondering that why does it matter? The answer to this is simple. The Ethereum 2.0 upgrade matters because it is an extremely ambitious upgrade with over 5 years of development and research. It has never been seen in the entire cryptocurrency industry that a blockchain has the same market value and size as Ethereum tries to transition all users along with all of their assets to a completely new decentralized network while all of the old operations on the prior network are active and running. It is being said that upon reaching the final phase or as called phase 2, Ethereum will be able to meet its objectives of becoming an open and transparent network for decentralized finance and applications (DeFi)

Furthermore, for all of its complexities to fully complete, Ethereum 2.0 or serenity will take several years for its upgrade. However, as per experts, the biggest hurdle to be seen in the entire roadmap of ETH 2.0 is its initial launch.

How is it different from Ethereum 1.0?

As we previously discussed, there are two major upgrades offered by Ethereum 2.0 which currently are not existing in the ongoing Ethereum 1.0 includes Shard Chains and Proof of Stake.

With the help of Shard Chains, a scalability mechanism, the throughput of the Ethereum blockchain would drastically enhance. Currently, with the network having a single chain consisting of a consecutive block layout, it is easy to verify and is highly secure. However, in consecutive blocks, validating and processing every transaction with each full node can hamper its speed to process quickly- particularly at the time when mainnet activities are at their peak. Shard Chains divide the data processing duties among multiple nodes by using a mechanism for splitting the Ethereum blockchains. Thus allowing transactions to be processed parallelly instead of doing it consecutively. Each Shard Chain has the same function and works in a similar manner leading to an increased throughput. These are expected to be introduced in phase 1 of Ethereum 2.0.

Presently, the Ethereum 1.0 uses a consensus mechanism to function which is also known as Proof of Work (PoW). Proof of Work depends on Electricity(work) along with physical computing power(miners) in order to build blocks on the blockchain. However, proof of Stake is seen as an improvement enabling enhanced scalability, security, and efficiency in the energy used. Instead of relying on electricity and physical miners like in the case of Proof of Work, Proof of Stake depends on deposits of ether along with validators also known as virtual miners.

Phases and roadmap for Ethereum 2.0

As per reports, Ethereum 2.0 or serenity will be introduced in three phases at least. The phases being: Phase 0, Phase 1, and Phase 2. Phase 0 was launched back in 2020 and the remaining two phases are to be released in the upcoming years.

Phase 0: In the very first phase of the ETH 2.0 or serenity, the “Beacon Chain” is planned on being implemented. The Beacon Chain will help to apply the Proof of Stake Consensus mechanism for the upgrade along with storing and managing the registry of all its validators. Not just that, it is being said that the prior Ethereum Proof of Work chain will function alongside the latest Proof of Stake chain in order to ensure data continuity without any break.

Phase 1: The primary implementation in Phase 1 is of Shard Chains. As previously discussed these chains use a Scalability mechanism for them to split Ethereum blockchains, allowing parallel transaction processing and storing of information. It is anticipated that Shard chains will split blockchains into 64 different chains enabling almost sixty-four times more throughput as compared to Ethereum 1.0. it is expected to be launched in or around the 2021 model year.

Phase 2: Phase 2 of the entire ETH 2.0 roadmap is not as clear as compared to the other two phases but it is expected to involve enabling transfers, adding ether accounts, enabling withdrawals, implementation of cross-shard transfers and contract calls along with merging both Ethereum 1.0 and Ethereum 2.0 chains In order to finally turn off the Proof of Work. The launch date for Phase 2 is anticipated in late 2021 or later

Ethereum 2.0 is obviously not released quite yet, Not just that there is no possible way for you to buy ETH 2.0 ether as there would not be a new type of ETH token made available. Instead of this, the users will be depositing ETH into the Ethereum 2.0 deposit contract. However, some services are allowing holders to stake their holdings on the testnet.

In addition to this, it is very crucial for you to know that your stakes will be locked in place until the Ethereum 2.0 is fully released. As of now, it is a one-way transaction that is not reversible. The holders will obviously earn rewards with their stakes locked up but won’t be able to remove or perhaps withdraw them.

There are known to be two ways by which ETH holders can earn rewards and participate for staking on ETH 2.0. The first being, the holders may run their very own validators by staking Ethereum in increments of thirty-two on the network. This means you have the duty to organize and validate blocks and by being unable to do so, it could result in an ETH penalty.

Another way for holders is to stake their rewards by joining a staking pool or through a staking provider for ETH with small amounts. By doing this, you can stake small amounts of ETH, whatever you have, and still be able to receive rewards in proportion to your contribution obviously.

Seeing how the cryptocurrency market has gripped the world, there has been a lot of currencies rising to have precedented battles amongst them in order to gain dominance to attract more investors. Bitcoin being the leader of cryptocurrencies has acquired a lot of trust and support from investors across the planet and there are many more in line, some of them are popular and some not so much. The most notable amongst all of them being Ethereum with its rising growth in the digital currency race.

Having said that, you might be wondering what all cryptocurrency exchanges you can use to trade, right? There are numerous crypto exchanges available today listing loads of cryptocurrencies to choose from. Some of the exchanges you must be familiar with include BuyUcoin, WazirX, ZebPay, Binance Coin, Kraken, and Coinbase to name a few.

In conclusion, I think Ethereum 2.0 is going to be a huge success considering what it has to offer. If you are planning on buying Ethereum 2.0, don’t just go with the hype but do your own research instead before investing. It is important that you do it only if you are willing to take risks and bear the losses if necessary.

What are your thoughts on Ethereum 2.0? Do let us know in the comments below. Thank you for your time & if you found our content informative, do share it with your investor friends!

Also read: Baby Doge: Everything you need to know