Ethereum spikes to the price milestone of $4,000

On September 3, Ether (ETH) reached the price milestone of $4,000 for the first time since May. Following a solid week of gains that culminated in a big price milestone.

Despite month-to-date gains of $600, the pair reclaimed the historic level it had lost in the surprise trend. Contrary to what startled the cryptocurrency market roughly three months ago. 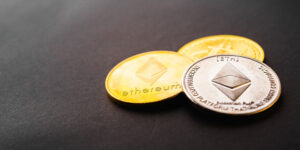 With a price of $4,025, Ether broke out of its three-month trading range. Ether landed in third place out of the top ten cryptocurrencies by market capitalization in terms of weekly performance. The rank is just behind Solana’s SOL and Polkadot’s DOT tokens.

How long can the good times last?

Bulls have been ecstatic by Ether’s success, but critics have expressed their displeasure with the move.

Despite the fact that gas fees continue to annoy traders, even actress Reese Witherspoon revealed that she had invested in Ether, there was a sense of injustice.

“Regardless of when it arrives, the next few months will most likely be ridiculous beyond what most of you can think,” popular Twitter user Lark Davis wrote in a dedicated thread on the current crypto bull market.

The cryptocurrency tied to the Solana network has risen to seventh place among the top ten largest virtual coins in the world, fueling speculation that the blockchain might be a long-term rival to Ethereum.

According to CoinGecko, Solana’s SOL token has tripled in value in only three weeks and currently has a market value of more than $41 billion (about Rs. 2,99,640 crores). Proponents laud Solana’s purported speed and lower transaction costs for decentralised finance and digital collectables, two areas where Ethereum now reigns supreme. As of 5:30 p.m. IST on September 6, the price of ether in India was Rs. 2.97 lakhs.

In an email, Antoni Trenchev, co-founder of crypto lender Nexo, stated, “Solana has a thriving ecosystem, businesses are being developed on it, and it’s benefited immensely from the hysteria that’s taking on in NFTs.” Non-fungible tokens (NFTs) are used to exchange digital collectables. He claims that the support of crypto figure Sam Bankman-Fried, the CEO of crypto exchange FTX, is beneficial

What is your stand on the fluctuating price rate? Tell us your opinion in the comment section below.