The European Union’s (EU) antitrust regulators have decided to subject Facebook’s acquisition of Kustomer, a customer service startup based in the United States, to an “in-depth investigation.” The reason for the same is being said to be the agencies’ concern that the deal could be harmful to competition. 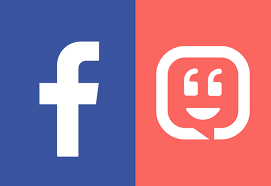 A Deadline Till December 22

As per the European Commission, the new takeover has rhe potential of adversely affecting competition in the customer relationship-management software market. The same can also work to bolster Facebook’s stature in online display advertisement, as Kustomer can help the social media giant gain a better insight into what its users like, and don’t like.

This comes even after it was reported by Reuters last month, that the deal would be soon be up for facing an all-out investigation. Interestingly, the approx. $1 billion partnership, which was announced back in November last year, was not forged in a bid to expand Facebook’s own market, and instead, was aimed at scaling up WhatsApp, the widely used instant messaging service which happens to be Facebook’s subsidiary. Following the deal, the European Commission had apparently set a deadline until December 22 for itself, aiming to arrive at a decision by then.

During its review, the EU will be looking into whether or not Facebook’s acquisition of Kustomer was fair to other competitors, and will also check if the main reason for the merger was to harm the business of smaller start-ups. The acquisition initially came under Austria’s radar, following which, it was transferred to the European Commission. A full-fledged, 4-month long probe into the acquisition might also be on the cards, should the preliminary investigation raise concerns about monopoly and anti-competitive practices.

Kustomer is a New York-based startup that was founded jointly by CEO Brad Birnbaum, and Jeremy Suriel. It deals in chatbots and service platforms, which are designed to help firms like Facebook attract business to move towards their platforms in a bid to come one step closer to their potential customers.

In that light, the takeover actually seems to be a reasonable (if not shrewd) business move, as Facebook unveiled its ‘Facebook shop’ back in May, in a bid to provide a “seamless shopping experience” to its user base spanning millions, by encouraging online stores and small businesses on Facebook and Instagram. These stores are rather easily visible on Stories, Ads, and of course, through their profiles.

Prior to the takeover, the company was, apparently already responding to queries from customers on Facebook Messenger, as well as subsidiary platform Instagram, says a report by the Wall Street Journal.