Every update on spaceflights trigger comparison between SpaceX & Blue Origin

SpaceX installed Starship’s last prefabricated section during Blue Origin’s pre-launch briefing. Leading to various comparisons, despite both incidents not being linked in any way. Jeff Bezos’s rocket will be defeating SpaceX by launching Blue Origin’s first human spaceflight. As the launch is coming close, interest increases in how each launch is different. 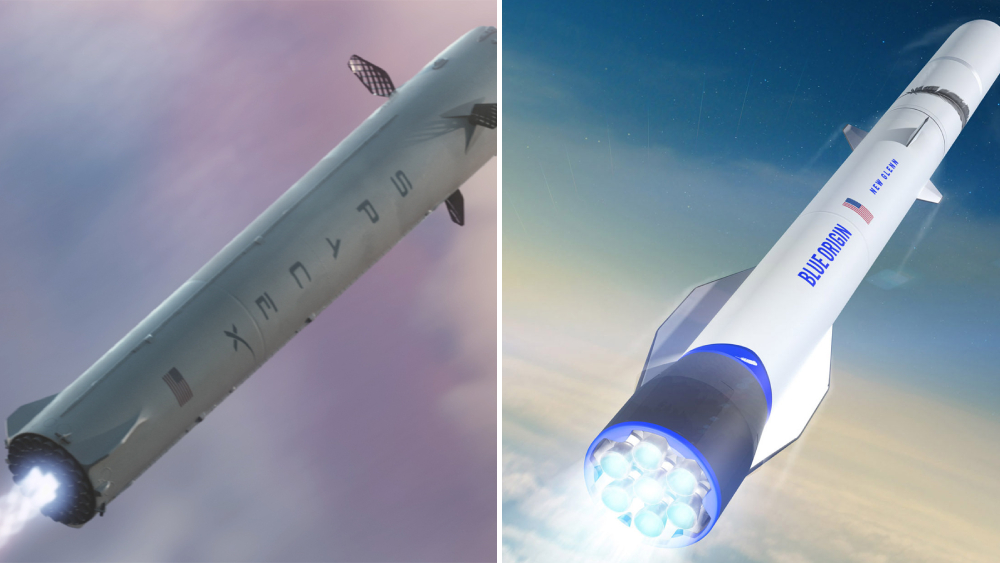 Blue Origin was founded 2 years before SpaceX and is now set to launch its 16th with the first crew flight on Wednesday. Meanwhile, SpaceX has already launched crewed rockets last year and continues to use the same boosters. Yet, the timing of Jeff Bezos’s rocket launch would lead to a historic moment. Despite being beaten by Virgin Galactic in beating the record of first-ever space tour, Blue Origin will be the first flight to space with unpiloted civilians.

Furthermore, 600 miles away from Blue Origin’s pre-launch preparations, SpaceX is building its first potentially reusable suborbital rocket. While Jeff Bezos plans to commercialize space tourism, Elon Musk aims to send people to Mars someday on his rockets. Starship is going to be sending citizens to space for days.

Blue Origin’s New Shepard is a single-stage small rocket designed to send a few passengers to suborbital space for an 11-minute ride. With this experience, paying customers would be able to experience space, look at the earth, space and feel like an astronaut for some time. Every passenger in tomorrow’s launch has a special connection with space. Jeff Bezos has a real connection with space as he always wanted to go to space and Mark Bezos gets to share an experience of a historic moment with his brother. Wally Wank is an 82-year-old who couldn’t go to space as an astronaut back in the day as she was a woman. She finally gets to fulfill her wishes. For Oliver Daemen, just being an 18-year-old and going to space is like dream come true. Unlike Daemen, many kids who grow up to be in love with space end up knowing that they cannot go to space.

SpaceX Starship launch is yet to be announced, they are months away from sending their first commercial rocket to suborbital space.

New Shepard is a small rocket capsule designed for space tourism where people get to go 100km away from earth and look at space. The rocket is reusable, powered by one liquid hydrogen and oxygen-fueled BE-3 engine. Blue Origin’s rocket is capable of making approximately 110,000 lbf of thrust at liftoff. Interestingly, New Shepard’s diameter is approximately the same as SpaceX Falcon 9 rocket.

New Shepard was launched first in 2015, which reached 94 km above the earth. During the first launch, the rocket was destroyed during the landing. That was around the time when Jeff Bezos tweeted, “Welcome to the Club” tagging SpaceX.

However, later that day after the tweet, Elon Musk tweets on the difference between suborbital and space. To this day, SpaceX was successful in many ways. However, Blue Origin will be the first to send civilians to space after Virgin Galactic.

Getting to space needs ~Mach 3, but GTO orbit requires ~Mach 30. The energy needed is the square, i.e. 9 units for space and 900 for orbit.

Technically, as SpaceX already launched NASA astronauts in space last year from the Flacon 9 rocket, they have the potential to send paying customers. However, sending more people through Starship for an experience lasting in days is considered much effective in terms of cost and other aspects. So, SpaceX is yet to test Starship’s potential and go ahead with sending civilians to space.