Everything to know about Marvel’s Midnight Suns

Marvel’s Midnight Suns is a new tactical RPG set to explore the dark side of Marvel Universe, confronting players with dark forces from the underworld as they team up with the living Midnight Sun, Earth’s last line of defense. The basic premise of the game and action that follows promises a customizable tactical combat system that rewards smart, forward-thinking superhero flair with a solid mix of card battles, turn-based combat, and fire Emblem-style relationships. The developers of Marvel’s Midnight Suns are targeting a release date of March 2022. 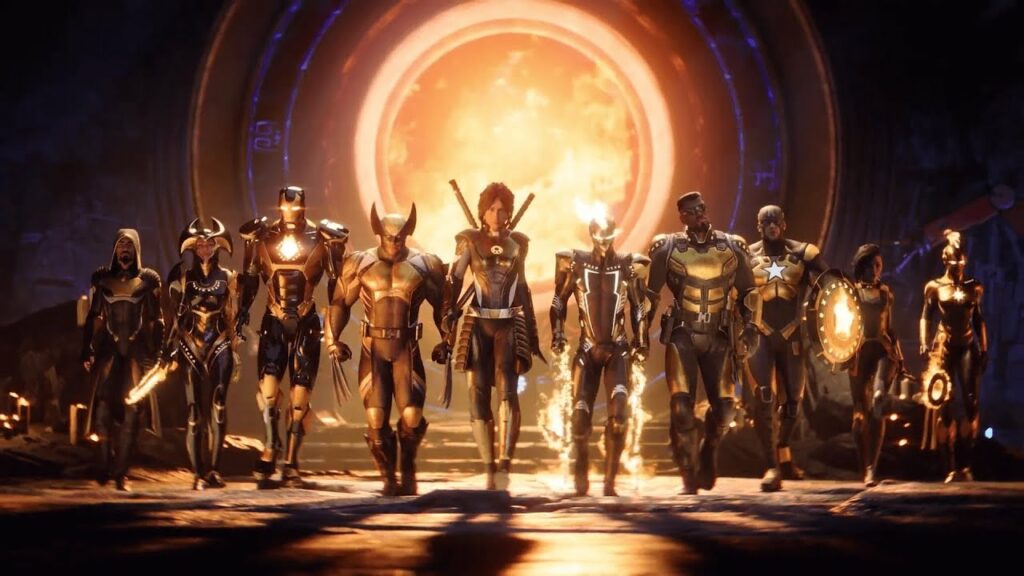 Marvel’s Midnight Suns is inspired by the Midnight Sons comic book, published in the mid-90s. The story tells of a group of supernatural superheroes that fight Lilith, the mother of demons. The Avengers are trying to fight Hellfire with Hellfire and ask the Midnight Suns Nico Minoru, Blade, Magik, and Ghost Rider for help, young heroes with powers rooted in supernatural forms to prevent the very prophecy that Lilith wants to fulfill. The comic was the inspiration for the new Marvel game, a darker view of Marvel and its characters, and it seems that this shines through in the game.

Some of the main characters in the story “Rise of the Midnight Sons” are ghosts, Morbius, Blade, Hannibal King, and some other dark heroes of Marvel. For fans familiar with Midnight Son and its comics, it may seem strange that the video game Marvel’s Midnight Suns developed by Firaxis Games and published by 2K Games uses the name Midnight Sun. In 2K’s description of the main game, the Midnight Suns exist as a group consisting of Nico Minoru (Blade), Magik (Ghost Rider), and the so-called Avengers, but suffice to say you can expect more Marvel heroes to appear in the game.

Marvel’s Midnight Suns will have 12 playable heroes for the launch, from the familiar (think Avengers and X-Men) to lesser-known characters like Runaways. Each of the three available Marvel heroes and their superhero abilities is represented by a card, and you can choose which abilities this card can be used with, allowing you to customize your team abilities as you wish. There is another hero in the game, the hunter, and each of the heroes, including members of the Avengers, the X-Men, and the Runaways, has his own special powers.

The team of Midnight Sun, Ghost Driver, Blade, Magik, and Nico Minoru must bring back The Hunter, a legend-hearse and humanity’s only hope of stopping the end of the world, to the brink of the most powerful heroes on earth.

As a hunter, you will build your team, earn their trust, and lead them through their biggest challenge yet. One you may not know is our protagonist, The Hunter, a new, fully customizable hero created specifically for the game. Today’s game trailer alludes to the deep back story of The Hunters, but you can learn more by exploring the grounds of the Abbey, a centuries-old fortress in Salem, Massachusetts that serves as a secret base for the midnight suns.

The trailer is full of Marvel heroes and villains ranging from traditional (Doctor Strange, Iron Man, Captain America, Captain Marvel) to the esoteric (Marvel heroes like Blade and Ghost Riders). The Legendary studio Change Strategy & Tactics Games releases a new title that offers cinematic and tactical battles with superhero flair, friendships with iconic heroes, and unforgettable adventures deep into the dark side of Marvel.

Lilith appears as the game’s primary antagonist and appears to show the Marvel universe through a very dark lens. Lilith, a centuries-old heroine known as the Slayer, is the queen of the demons who have been sleeping for quite some time only to be awakened by Hydra through a combination of dark magic and science.

Whether it’s an obscure member of Midnight Sons, as the graphic novels have inspired video game history with their own story, or a group connected by dark magic, comic book fans know a thing or two about the characters and references to console history. Fans can see the fascinating horror-inspired story through gameplay material, movie trailers, and comics that are a great source of information for Marvel: Midnight Suns, a video game developed by Firaxis Games and published by 2K Games.