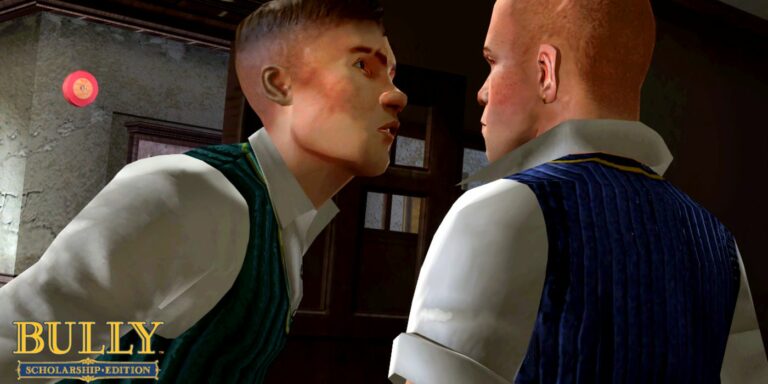 Everything To Know About Rockstar Games Bully 2

More than 15 years have passed since Bully’s release, and despite widespread praise from fans and critics alike, Rockstar Games has never shown much interest in making a sequel to date. The news of Bully 2 in development has spread like a wildfire in recent years. However, Rockstar Games has been providing fan services for Bully over the past year; including Bullworth Academy merchandise and Easter eggs in Grand Theft Auto Online and Red Dead Redemption 2.

If Bully 2 is in development, chances are it went through several iterations before Rockstar chose the final version. Since the original game was released in 2006, it is unlikely that it will resemble the ideas of the early sequels from that period. Baker suggested that the sequel to this game would not make it into the books, as the company called it a canceled game, which was removed from the picture.

But here’s the thing Rockstar games was supposed to present something related to bully 2 in the Game Awards 2021 but they canceled last minute. According to a Reddit post that was posted on Bully 2’s official Sub-Reddit, these rumors have all been leaked. Artwork or Rockstar Games staff. The Reddit post also noted that the sequel Bully 1 may have a more secretive accent than its previous version, they also said that the game mechanics will of course be based on the newest and best Rockstars engine.

Jimmy, the protagonist of the first game, may return, but the sequel is expected to be set in the late 2000s if the character is still in school. Rockstar has yet to discontinue the production of the series, although there are many arguments against a potential Bully 2. Given the long rumors of Bully 2 or some sequel, many have lost faith in the new installment of the series.

Bully 2 reportedly may have failed as Rockstar Games’ own teams were shifted from development to larger games such as Red Dead Redemption 2 and GTA 6. In October 2019, Video Games Chronicle released a storyline based on internal sources confirming that Rockstar actually worked on Bully 2 for eighteen months before canceling it. In a November 2011 interview with Gamasutra, Rockstar CEO Dan Hauser revealed that the studio might focus on a sequel to Bully following the release of Max Payne 3.

After talking with some of the former Rockstar executives who worked on Bully 2 development, it was revealed that there are many other projects at stake as well, such as Max Payne 3, the new Grand Theft Auto games, and Red Dead Redemption. In May 2005, Rockstar announced Bully for the PS 2 and Xbox with a release date targeted for October 2005. The game was first released on October 17, 2006, for PS2, and since then, Bully fans have been waiting all these years ever since. this is a heavily underrated Rockstar game, but Rockstars took no action.

A source on Reddit revealed that Bully 2 could have been a surprise announcement during the ceremony, but it turned out that it was not. It turns out this could have been due to at least one major disclosure being pulled from the show at the last minute when trusted insider Tom Henderson stated that Rockstars Bully 2 was in development and was supposed to be at The Game Awards. This announcement was set at last month’s The Game Awards, however, it looks like a keystone has been added to the work, so now industry insiders aren’t sure where the game has gone.

We still are waiting for the official confirmation from Rockstar but things are looking good for the franchise as a whole because if we didn’t get a sequel the plans for a remaster are still in the air. But surprisingly, Rockstar has yet to reveal any details on whether Bully 2 will be released. Popular leader, Tom Henderson, says Bully 2 was due to be unveiled at this year’s Game Awards, and some people have actually seen some. the materials give a strong impetus to revelation.

There seems to be no Bully announcement from the studio, Rockstar Games recently updated the Bully brand on April 30, 2021. The original Bully was available as a digital download for the PS4 in March of 2016, showing signs that Rockstar still hasn’t totally forgotten about the franchise, even if it is not been updated regularly. This is the latest official sequel to Houses reviews in 2013. The big rumor around the internet for years is that Rockstar canceled Bully 2 to focus on GTA 6, which is a highly anticipated title that Rockstar has been developing for many years. Rockstar would have tried several times to make Bully 2, but development hasn’t gone far enough. In 2019, YouTuber SWEGTA reported and later confirmed on the Videogames Chronicle website that Bully 2 was in development at some point and was canceled.

In 2009, the possibility of Bully 2 was largely resolved, although Rockstar Games were ready to work hard after the release of Max Payne 3. The legendary sequel to Rockstar Games Bully has been something fans have been shouting about since the game’s release. the mid-2000s, but due to the priority of other projects and then the lightning success of Grand Theft Auto 5 and Red Dead Redemption 2, many began to lose hope.

Note that the rumors about Bully 2 have been circulating for over a year now. Rumors and false leaks for Bully 2 have been floating around the internet for years without any real proof or details from Rockstar. Since some sources state that the announcement of Bully 2 is imminent, we decided to collect everything we know about the game in one place.