Everything to know about Suicide Squad: Kill The Justice League

Suicide Squad: Kill The Justice League is a game by developers Rocksteady Studios scheduled to release in 2022. Not much is known about the game but given the name, we can assume that more Justice League will appear with the likes of Wonder Woman and Aquaman as prime candidates. Other characters will get confirmed at DC FanDome for October 16th, 2021, where the game will be shown for the first time in a long time to fans. In addition to video games, the DC fandom appears also updated with films such as Batman: The Flash and Black Adam as well as the Peacemaker TV series and the future of Suicide Squad. 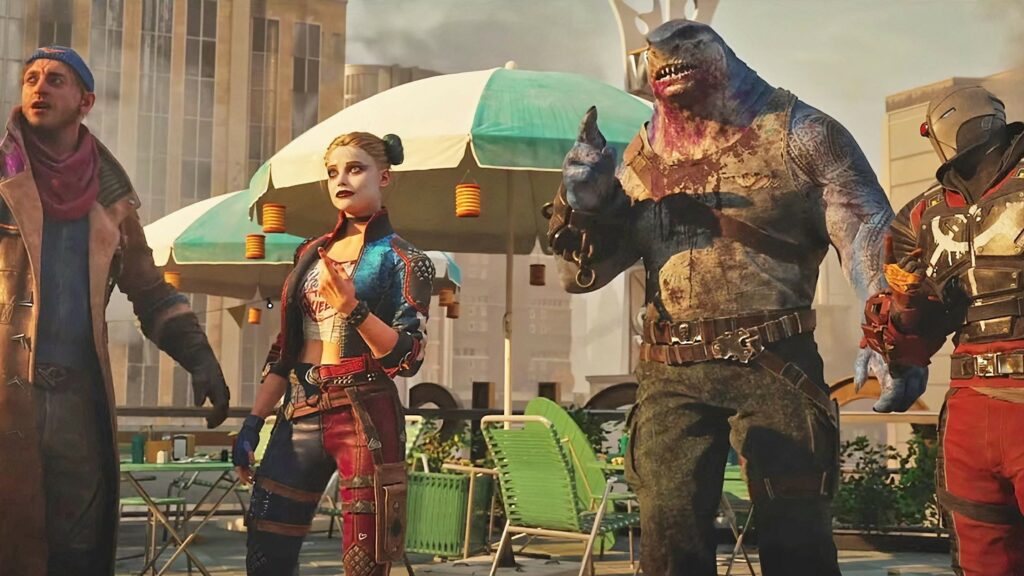 It looks like the game won’t expand the list of playable characters in Justice League beyond the already confirmed four. According to the recent press release, the story of the games appears to focus on the four members of the Suicide Squad revealed to date, suggesting that these are the only characters that will be playable. Suicide Squad playable characters consist of Harley Quinn, Deadshot, King Shark, and Captain Boomerang. Each member of the squad has their own unique arsenal of weapons and individual abilities, as well as different crossing abilities to navigate the game world.

One of the most interesting things fans will learn about the game is the four unique characters as they are the four game-like characters and each iteration of Task Force X’s unique weapon and train set. Rocksteady’s Hill refers to the weapons that can be developed in the course of the game, which refers to a system for upgrading and adapting the characteristic weapons of the villains. Although Rocksteady has been in the game for a year or two and was released by DC, they have not shown any real-time gameplay, but the unveiling trailer shows the unique abilities of each team. The game is described as an open-world action-adventure shooter which can be played with four players or alone and where players can switch between characters at their own will. The game takes place in a city-like world in the form of Metropolis and describes the game as a fifth character chance to visit other iconic places in DC Universe.

As the whole video game industry is shifting towards multiplayer titles, Suicide Squad will give the benefit of a multiplayer campaign. The excitement surrounding the game has been heightened by the recent release of DC’s Suicide Squad, which features the same characters as the game. The game’s setup works well with a structure reminiscent of games like Left 4 Dead and the coming 4: Blood in which players team up to play against hordes of enemies in disjointed missions.

The game trailer also seems to confirm that Superman will appear in Suicide Squad: Kill The Justice League. It will be interesting to see how the gameplay gets handled, but it would be unwise for fandom to let fans wait for a glimpse of expected game mechanics if the developer wants to manage players’ expectations. DC It has been delayed and its release date has been pushed back from 2021 to 2022. That means the game is set to hit the market in 2022, making this a big year for DC fans. Rocksteady knows, at least for the release window 2022, that its next title will be set in the same universe as its Batman: Arkham series and it has been confirmed that it will appear on PS5, Xbox Series X, and PC.

The first trailer gave fans a glimpse of the Suicide Squad – Harley Quinn, Deadshot, Captain Boomerang, King Shark, and Samoa – that are being sent to investigate and kill an Alpha Target by Amanda Waller. Following WB recent’s announcement, the company has released the key art of the four main characters – Deadshot, Harley Quinn, Captain Boomerang, and King Shark. An image of Superman with Target on his head was also revealed along with the title of the game which confirmed its existence – fans were later at DC FanDome, an online virtual conference that was scheduled later this month – where Rocksteady will officially reveal the release window for the 2022 games and the first trailer.