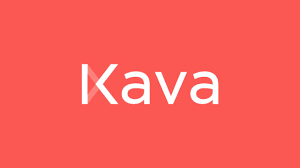 Everything You Need to Know About Kava Coin

Kava is a software protocol that allows users to borrow and lend assets without the necessity of a typical financial middleman by utilizing several cryptocurrencies.

Kava, which intends to develop the world’s first dedicated DeFi network to deliver collateralized debt and stablecoins for the major crypto assets, according to its whitepaper, was one of the DeFi platforms that drew investors’ interest in 2021.

Kava is one of a number of new decentralized finance (DeFi) solutions in this fashion. However, although most DeFi projects are built on Ethereum, Kava is built on Cosmos, which its creator claims offer extra features.

The Kava DeFi hub functions as a decentralized bank for digital assets, allowing users to access a variety of decentralized financial services, including USDX, the native USD-pegged stablecoin, as well as synthetics and derivatives. Users may borrow USDX tokens from Kava by putting up collateral, essentially leveraging their exposure to crypto-assets.

Who are the Kava Founders?

Brian Kerr, the platform’s current CEO, formerly served as an adviser for many blockchain and cryptocurrency companies, including Snowball and DMarket. Kerr, who holds a bachelor’s degree in business administration, has had a broad and successful career.

Ruaridh O’Donnell, an MSc Physics graduate, and former engineer and data analyst at Level works, is described as Kava’s second co-founder. Scott Stuart, a former professional poker player who now works as a product manager at Kava Labs, is the final Kava co-founder.

Denali Marsh, an experienced smart contract developer and auditor who works as a blockchain engineer at Kava, is one of a dozen other employees and contractors listed on Kava Labs’ website.

Kava uses a collateralized debt position (CDP) mechanism, which is built on the Cosmos blockchain, to ensure that stablecoin loans are always adequately collateralized. The Kava liquidator module will collect collateral from failed CDPs and transfer it to the auction module for sale if a borrower fails to keep their collateral over a certain threshold.

Users of Cosmos may borrow loans denominated in USDX, a cryptocurrency tied to the value of the US dollar, by locking coins into smart contracts on the site.

Kava uses Cosmos’ zones function to control the crypto assets it takes, which are then executed in programs on separate networks. This allows the initiative to expand the types of crypto assets that borrowers may utilize, such as XRP, BNB, and BTC.

The overall amount received by KAVA users is determined by the type of collateral utilized and the number of USDX a user mints. Miners who use BNB as collateral, for example, earn a part of the 74,000 KAVA that the platform releases weekly.

What Is Kava and How Does It Work?

Users can borrow USDX and lock assets in specific smart contracts with Kava.

This generates a collateralized debt position (CDP) on the back end, which is a contract that ensures the value of USDX remains tied to the US dollar.

Users must do the following to set up a CDP:

Deposit crypto – Users can deposit cryptocurrency by connecting their wallets.
Create a CDP – Kava uses a smart contract to secure the deposited cryptocurrency.
Create USDX — Based on the CDP’s value, users are given USDX loans.
Close a CDP – To release their collateralized crypto, users must refund the loan plus a charge.
Withdraw crypto – Kava destroys the USDX once the crypto is returned to the user.

What distinguishes kava from other cryptos?
Although most DeFi projects are built on Ethereum, Kava is built on Cosmos, which the Kava team believes adds to the network’s capabilities.

To control the crypto assets it takes, Kava employs a Cosmos feature called zones, which symbolizes a network of numerous distinct blockchains.

This protocol enables the project to expand the number of crypto assets available to borrowers, including Ripple (XRP), Binance (BNB), and Bitcoin (BTC) (BTC).

The Kava DeFi platform functions as a decentralized cryptocurrency bank. Users may utilize USDX, the native USD-pegged stablecoin, and derivatives to access a variety of financial services.

What Security Measures Does the Kava Network Take?

Kava is based on Cosmos and ensures network integrity through a Tendermint-based proof-of-stake (POS) consensus mechanism.

For transaction confirmation, a network of validator nodes is used. To take on the task of validating transactions, these validator nodes must put up collateral. Validators’ stakes will be reduced if they misbehave or fail to fulfill strict minimum standards, motivating them to stay honest and efficient.

Multiple independent blockchain and crypto security organizations, including CertiK, B-Harvest, and Quantstamp, have audited Kava’s smart contracts. There have been no vulnerabilities discovered thus far.

USDX is frequently over-collateralized on Kava, which means that borrowers must deposit a sum that is generally greater than the value of USDX produced by the protocol.

The liquidation price is then calculated using the debt-to-collateral ratio.

A 200 percent collateralization ratio, for example, means that if the value of the cryptocurrency locked in the protocol falls below 2x the USDX loaned, the user would be liquidated.

The collateral kept in smart contracts will be automatically liquidated and burnt if the debt-to-collateral value falls below a certain level.

Inventors may borrow USDX tokens from Kava by putting up collateral, allowing them to increase their exposure to cryptocurrency assets.

Technical study of the kava price

The surge began in January 2021, with the price climbing from $1.30 on January 1 to $14.38 on September 9, 2021, an all-time high. There were multiple phases of retracement between January and September, but the price rebounded after the sell-offs.

Kava’s price fell after failing to hold its all-time high, and it is presently trading at $3.54, with a market worth of $512 million, as of December 21, 2021. According to CoinMarketCap, it has returned 668 percent to investors from its launch.

It will upgrade the Kava mainnet to Cosmos SDK version 44, allowing Kava Ecosystem and any IBC-enabled chains to communicate.
In addition, by offering the architecture for a future Ethereum bridge, Kepler wallet compatibility, and other developer advancements, the Kava Launchpad will provide the framework for the Kava Ecosystem’s further development in 2022.

From the 15th to the 29th of December, Kava is hosting the Loan Wars competition in preparation for the impending IBC integration. A total prize pool of $150,000 will be available for the tournament.

Players will be expected to earn and claim awards on the Kava Platform utilizing a combination of testnet and mainnet assets throughout the tournament. The winner will be the person who has claimed the most awards on their testnet account before the end of the tournament.

Kawa Swap is a new product by Kava Labs.
Kava Swap is a decentralized, cross-chain Autonomous Market Making (AMM) system that allows users to swap natively across the world’s most important assets. Kava Labs introduced it in October of 2021.

Nervos and Kava Labs will offer cross-chain liquidity.
Nervos, a DeFi platform provider, stated on December 10 that it will integrate the Kava network with its cross-chain Force Bridge product to bridge liquidity between Kava and Nervos. The partnership would “enable for the movement of native assets across the chains, providing $CKB holders additional ways to use it on the Kava platform and introducing Kava to dApps on the Nervos network,” according to the announcement.

After Kava’s EVM support is released in 2022, the cooperation will initially focus on integrating Kava with Force Bridge. This will link the Kava and Nervos chains together, allowing assets to flow between them.

By 2028, DigitalCoin expects that the cryptocurrency will be worth $14.8.

Keep in mind that analyst projections might be inaccurate when looking for Kava (KAVA) price predictions.
Analysts’ predictions are based on a thorough examination of the cryptocurrency’s fundamental and technical characteristics. Past results are no guarantee of future outcomes.

It’s critical to conduct your own research and keep in mind that your decision to trade is based on your risk tolerance, market expertise, investment portfolio spread, and comfort level with losing money. Never put money into an investment that you can’t afford to lose.

Because of its intrinsic worth and present technical setup, KAVA has potential value, according to analyst sentiment and algorithm-based projections. Cryptocurrencies, on the other hand, are highly volatile, and previous success is no guarantee of future outcomes.

Thank you for reading my article. Please share it if you found it useful.