Upcoming IPOs in 2022 This is the highest fund-raising through the IPO route in the history of Indian stock markets.

Ending 2021 with a good IPO number and a promising Stock market. The year ahead is also likely to witness a surge in IPOs as the many startups, companies are planning to go public by the end of 2022. The IPO number is tentative, however, the buzz around a few company’s IPO is massive. 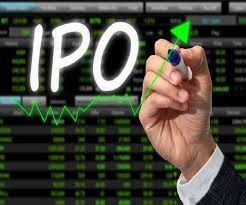 The oversubscription of IPOs shows how the Indian stock market could see a potential boom in 2022 and repeat 2021’s magic. However, the market is unpredictable, it would be unfair to make any pre-assumptions. But one thing is sure, 2022 will witness a number of IPOs and these IPOs are big. There are some most anticipated IPOs like LIC, BYJU’S, Ola, and a few more that could bring magic to the Indian Capital market.

Adani Wilmar For Indian customers, the FMCG food firm offers a wide range of industrial needs and culinary commodities, such as wheat flour, edible oil, rice, sugar, castor oil, oleochemicals, pulses, and de-oiled cakes. After the request was accepted, Adani Wilmar’s IPO date is yet to be declared.

India’s largest and oldest insurance company – Life Insurance Corporation of India Ltd, also recognized as LIC, is reported to issue its IPO in the fourth quarter of 2022, which is likely to happen anywhere in between January 2022 to March 2022.

The government plans to fulfill its disinvestment target of  Rs 1.75-lakh crore in the current fiscal through stake sale in LIC. It plans to divest 5-10 per cent equity in LIC. The government is likely to raise around Rs 80,000 crore to Rs 1 lakh crore through the share sale.

Oravel Stays Ltd, the parent company of OYO, swiftly became the hot spot for Indian tourists as it offers easy hotel book and stays. The company is likely to go public in 2020. It is yet another startup that become a unicorn. Since its inception in 2012, the company has been focused on reshaping the short-stay accommodation space. It has developed a unique two-sided technology platform aimed at comprehensively addressing key pain points for both its Patrons on the supply side and its Customers on the demand side.

The new-age delivery and logistics services provider plans to raise Rs 7,460 crore through an IPO. The firm filed its draft prospectus with the Securities and Exchange Board of India (Sebi) in early November.

The company will raise Rs 5,000 crore through issuance of fresh shares while it will have an offer for sale (OFS) component of Rs 2,460 crore. Some of its existing investors will dilute their holdings, said the firm in its draft red herring prospectus.

The digital healthcare platform filed for an initial public offering (IPO) in November 2021. It plans to raise up to Rs 6,250 crore through a fresh issue of shares. The company provides health services ranging from teleconsultation to radiology tests to home delivery of medical products and devices.

The PharmEasy IPO has many hurdles to face as the CAIT (Confederation of All India Traders) has written to India’s market regulator, SEBI, requesting that PharmEasy’s (IPO) be dismissed, claiming that internet pharmacies are illegal under Indian law. However, it is likely to go public in 2022.

Bajaj Energy Limited is one of Uttar Pradesh’s major private sector thermal power companies. The Promoter Selling Shareholder will be entitled to the proceeds of the Offer for Sale after deducting its portion of the Offer-related expenses and relevant taxes thereon. The Company will not receive any proceeds from the Offer for Sale.

The last few years were the most promising year for the startups in India and are rapidly growing. Byju’s is one of the most anticipated startups of India with major holdings like WhiteHat Jr, Akash Coachings, Great Learnings, and various others is also likely to go public in 2022.

The edtech startup is planning an IPO in the next 15-18 months, its founder Byju Raveendran, told Business Today in August 2021. Byju’s plans to raise between $400 million to $600 million in order to accelerate its plans to go public, according to a Bloomberg report.

NSE The National Stock Exchange (NSE) is expected to be worth more than INR 2 lakh crore. The country’s largest stock market is expected to go public. The NSE’s much-anticipated IPO might take place in 2022. Through the share sale, the NSE hopes to raise INR 10,000 crore. SBI, LIC, IFCI, IDBI Bank, Goldman Sachs, Stock Holding Corporation, Tiger Global, and Citigroup are among the company’s major shareholders.

Ola, which was founded in 2010, is yet another startup turned unicorn company that is going to debut on the stock market in 2022. The company is planning an IPO in 2022. Following pandemic revenue losses and lockdowns like various others, the company proceeded on a growth rampage, launching new verticals.

One such unique sector was Ola Cars, the company’s second-hand vehicle sale platform. It also has car rental and food delivery operations in addition to its initial cab-hailing business.