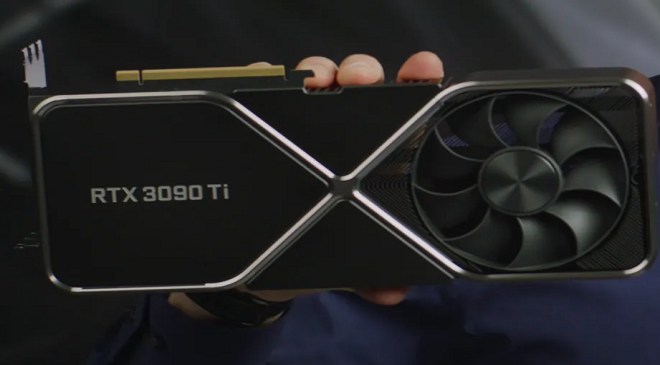 At CES 2022, Nvidia unveiled two new desktop graphics cards, the RTX 3090 Ti and the RTX 3050, which cover both the high and low ends of the Ampere spectrum, but another RTX 3000 series GPU is on the way, according to rumours.

According to sources who talked with Wccftech, a third new desktop GPU is on the way, in the shape of a fresh spin on the current RTX 3080 that boosts the video RAM from 10GB to 12GB (GDDR6X).

Not only that but the new 3080 is said to include a modest boost in CUDA core count, bringing it up to 8,960. (as opposed to 8,704 cores in the existing model). The updated GPU might have a 350W TDP in addition to a few hundred additional cores (as opposed to 320W currently, so again, a slight bump).

Naturally, all of this information should be handled with skepticism, as should Wccftech’s claim that the RTX 3080 12GB was supposed to be unveiled at CES but was moved back to January 11.

Therefore, in theory — condiments aplenty – this card will be introduced in a matter of days, and pre-orders may go up right immediately, or the GPU may even be ready for purchase on the same day (although the latter seems unlikely to us). There are no rumours on how the price will be presented.

What more to expect?

Interestingly, the RTX 3080 12GB was originally rumored in December 2021 (along with a similar adjustment to the CUDA core count), so this is in line with earlier conjecture.

Last month, Igor’s Lab said that Nvidia had reconsidered releasing the redesigned RTX 3080, but it looks that Team Green has reconsidered — assuming the firm ever changed its mind.

Cards have allegedly been canceled and then uncanceled behind the scenes previously, so Wccftech may be right – or Igor could be completely wrong – and the only way to know for sure is to wait until early next week to see what happens.

That’s one of the positive aspects of this rumor: we won’t have to wait long to learn the truth behind the hypothesis. However, it seems surprising that Nvidia didn’t announce this GPU at CES — why wait until the next week, after all?

In any case, if this model does arrive, it appears as Nvidia would simply call the updated GPU the RTX 3080 12GB, rather than an RTX 3080 Super to live alongside the RTX 3080 Ti, since the latter naming scenario might be more confusing (though this is a notion that has been discussed in the past).

Although this new Ampere graphics card is released, we believe the focus will remain on the RTX 3050, which was unveiled at CES 2022 and is expected to help address the dire situation in the budget graphics card market right now, where even two-year-old Nvidia GPUs are selling for exorbitant (to put it mildly) inflated prices.

More stock and availability, not more models, are what we need right now, but that’s stating the obvious – and component shortages and supply issues aren’t going away anytime soon (not in the first half of 2022, by all accounts, according to Nvidia itself).