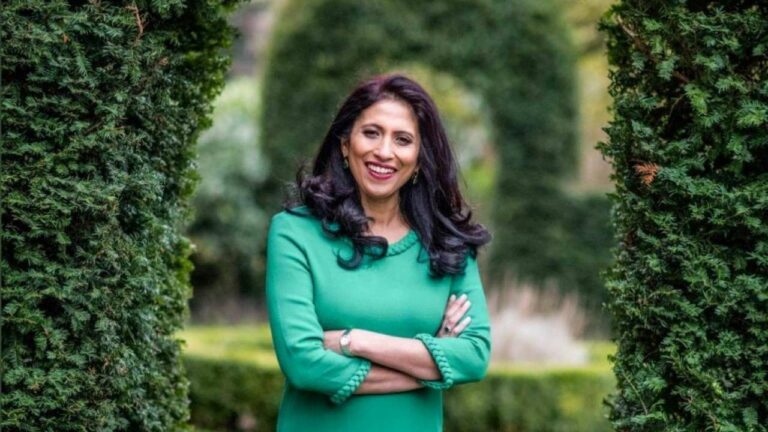 Everything you need to know about Leena Nair

The past few days the name “Leena Nair” has been creating quite the buzz. Leena Nair took up the role of the global chief executive of the reputed French luxury group, Chanel on the 14th of December. Leena Nair, born and brought up in India has a long history of handling leadership and management roles with finesse and perfection, one of the many reasons why she was chosen for the prestigious role. Leena Nair’s appointment as the CEO of Chanel is yet another stellar mark for India which has been rising on the business front in the past few years.

I am humbled and honoured to be appointed the Global Chief Executive Officer of @CHANEL, an iconic and admired company.

I am so inspired by what @CHANEL stands for. It is a company that believes in the freedom of creation, in cultivating human potential and in acting to have a positive impact in the world.

Everything You Need To Know

Leena Nair was born in the Kolhapur district of Maharashtra. After completing her schooling at the Holy Cross Convent High School in Kolhapur, she went ahead to attain a degree in electronics engineering from Watchand College Of Engineering, Maharashtra. Following that, she passed out with a gold medal from Xavier School of Management which is one among the top business schools in India.

In her brilliant career spanning 30 long years, Nair has displayed a drive for success and growth which is rather unprecedented, and which is the reason why her career has been filled with rather bright hues of success. She started her journey back in 1992 as a management trainee at Hindustan Unilever Limited. At a time and age when women were still struggling with geneder roles, Nair chose a rather challenging path. She has worked in different HUL factories across West Bengal, Tamilnadu, and Maharashtra, always leaving a mark of her own. Ever since that it was constant achievements for her, as she was promoted to higher HR positions year after year. In 1996, she adorned the role of employee relations manager at HUL, following which she was appointed the HR manager of Hindustan Lever India in 2000. After successfully carrying out various roles of responsibility from general manager to executive director, in 2013 she became Unilever’s senior vice president, HR, a role she much deserved and rightfully earned. As the senior vice president, she managed leadership and organisational development bringing in notable changes and achievements for the company. In 2016, yet another gem was added to her alrready brilliant crown as she became the youngest, first woman, first Asian CHRO. Fortune India had honoured her achievements as they named her the Most Powerful Woman of 2021.

It's truly humbling to be included on this list of incredibly amazing women. Thank you so much @FortuneIndia's for selecting me for your #MostPowerfulWomen list for 2021! 🙏🏾

Leena Nair has been a major factor that transformed Unilever making it a “employer of choice” in more than 50 countries. In her 30-year long career, she has never left a stone unturned to ensure success. Chanel’s statement regarding Nair’s appointment as the global chief executive described her as a “visionary leader whose ability to champion a long-term, purpose-driven agenda is matched with a consistently strong record of business outcomes.”