EVERYTHING YOU NEED TO KNOW ABOUT SWIGGY

Every Entrepreneur has a different journey when it comes to business. From the origin of idea to becoming a Unicorn, there are thousands of highs and lows, differentiated by the choice each entrepreneur makes in the best interest of his business. One thing which is common between all entrepreneurs is discipline and dedication and consistency, the concept of commitment play a very crucial role in the success of every business. That “Go-getter”,” Never Say Never” attitude is all that is required to be paired with a strong business model. 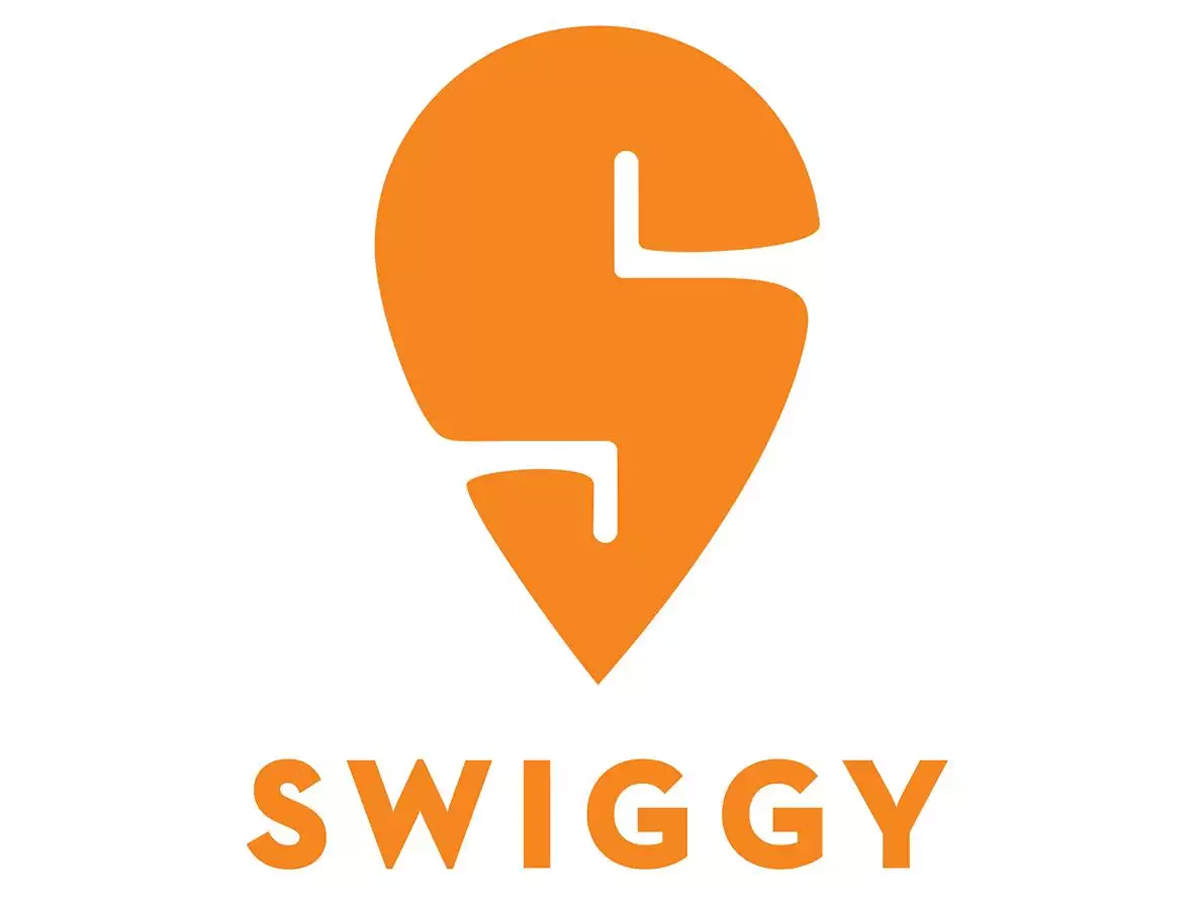 Back in 2014, the concept of online food ordering was pretty much negligible and this called for demand in the market. Then enter the food ordering and delivery start-up: SWIGGY.

As of today, Swiggy has tie-ups with more than 28,000 restaurants expanded in over 13 cities of India including metropolitans like Bengaluru, Delhi,  Mumbai, Chennai, Hyderabad and many more. The company has managed to get more than 8, 00, 000 Swiggy mobile application downloads and has become a default name for everyone and anyone who desires to order food online.

The online food delivery chain has been known to hire local boys for deliveries which create a lot of employment for people in these 13 cities of India. The story looks impressive but was it easy for Swiggy to reach such level of success? Well, founders say that success is not achieved over one night of hard work. 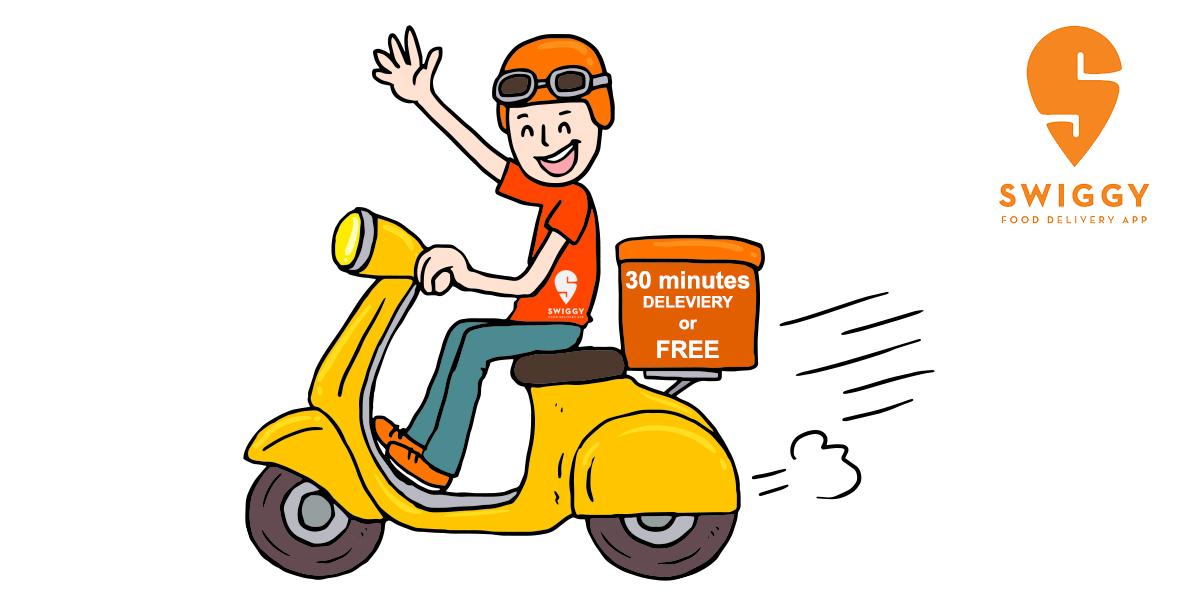 So, what is the story of success for Swiggy founders Sriharsha Majety and Nandan Reddy?

Like any other entrepreneurial start-up, Swiggy has been successfully been through its ups and downs but what has majorly contributed in the company’s success is the will and dedication of its founders. The consistent efforts put in by the team to adapt to everyday changes in the trends and the passion to serve as many people as possible with a standard experience is what founders: Sriharsha Majety, Nandan Reddy and former co-founder Rahul Jaimini have believed in and inculcated into the ethics and culture at Swiggy. 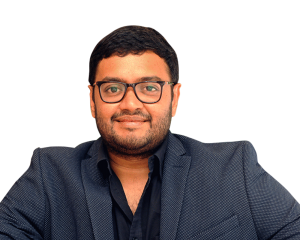 Sriharsha Majeti has a bachelor’s degree in BE electrical and electronics. He has also been an alumnus of Birla Institute of Technology and Science (BITS), Pilani with an MSc degree in physics. Harsha has previously been an associate at Nomura International which is a financial service provider and a global investment bank headquartered in London, UK.

The Swiggy co-founder and CEO came back to India from London and started his own entrepreneurial venture, Bundl which aimed at providing shipping solutions to e-commerce merchants alongside Nandan Reddy who is also presently a co-founder at Swiggy. 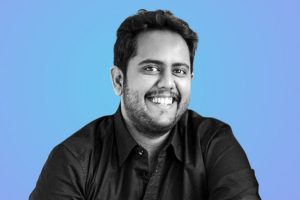 Nandan Reddy has also completed his education from BITS, Pilani alongside Sriharsha Majeti. He has previously been known to build a start-up based on Point of Sale tablet software for restaurants. Reddy has been a core member of management at Source Pilani that was known as India’s first non-urban Business Process Outsourcing (BPO). Later on in life, he co-founded Bundl along with his BITS, Pilani mate, Harsha.

At present, Reddy and Harsha are running Swiggy successfully as co-founders. 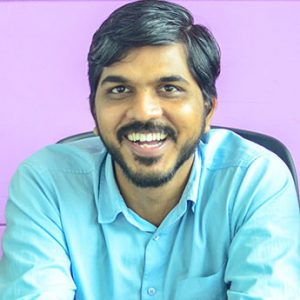 Rahul Jaimmini completed his education from IIT-Kharagpur and then went off to intern at Phillips Research and Virginia Technologies. He has also previously worked for almost two years at NetApp after which he moved on to e-commerce giant, Myntra. Rahul was working as a senior software engineer at Myntra and was responsible for revenue impactful assignments and fast design. Later on, in 2014, he ended up co-founding Swiggy along with the other two founders.

Recently in May, Rahul Jaimini has quit Swiggy and joined Pesto Tech as a co-founder which is a career accelerator start-up. He is no longer a part of the day to day operations at Swiggy but remains a board member and shareholder in the food delivering company.

Swiggy can be called a second entrepreneurial venture of co-founders Nandan Reddy and Sriharsha Majety, first one being, Bundl. Both the co-founders ate alumni of BITS, Pilani and after years of working and interning, they got together to introduce their joint venture, Bundle which is a logistics aggregator that joins together SMEs to Courier Service Providers. The business was doing perfectly fine but the founders were not satisfied and realised that there is a great unexplored potential in the food industry of India.

On the footprints of logistics, both the founders wanted something in the food industry which was related to technology and operational offline as well. 14th August 2014 was the date of inception for Swiggy, a dream project turned into reality by Harsha and Reddy. Swiggy was India’s first online food ordering and delivering platform.

Both of these co-founders reached out to Rahul Jaimini to do the coding of the website and mobile app and welcomed him as a co-founder in Swiggy.

Swiggy was started in a small office space in Koramangala, Bangalore and the company started off with limitations. The initial setup of food delivery was targeted at a single neighbourhood with 25 partner restaurants and six delivery executive personnel.

The company has grown massively after the initial 25% month-on-month growth. Now, the company has a major presence in every household, the default name for anyone desiring to order food online. The company has successfully expanded to over 13 Indian cities including metro cities like Mumbai, Delhi, Hyderabad, Bangalore and Chennai. The company has a tie-up with more than 8, 00,000 restaurants and is committed to serving customers with a convenient ordering and delivery experience. 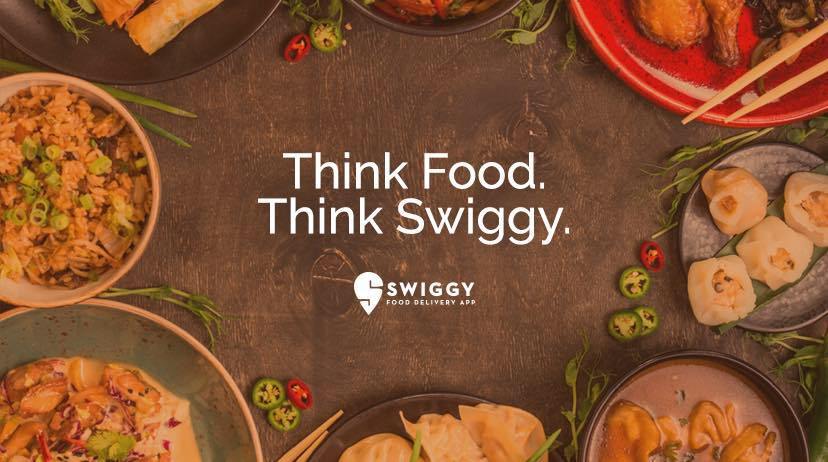 Harsha mentioned in an interview that he started discussing opportunities and business ideas with Nandan Reddy and both of them found great potential in online services and commerce industry in general. He gave an example involving Amazon, Flipkart, e-Bay as successful e-commerce platforms. It was clear to both the co-founders that they wanted to do something which was technology-based and something which worked offline as well. Therefore, Swiggy is a perfect blend of both these features.

Almost 6 years in the industry and online food ordering and delivery business, Swiggy has become the highest used online platform amongst its competitors. The company has positioned itself above all other competitors in the market and constant effort to deliver within the best time and provide a great experience, the company has maintained its position at the top. Swiggy is here for a long run and to make sure of their presence, they have launched a bunch of features in the past few years like Swiggy Access, Swiggy Schedule, Swiggy Pop and much more.

Swiggy’s timeline from 2014 till 2020 in terms of funding and acquisitions have been phenomenal. The company was introduced back in 2014 and its performance started to lure external investors in 2015. The first funding raised by Swiggy was valued at $2 million from SAIF Partners and Accel Partners along with an additional raise received from Northwest Venture Partners.

Moving on to 2016, the food ordering and delivery services company managed to raise funds with a total value of $15 million from existing investors and some new ones. Some of the new investors included big names like Harmony Partners and Bessemer Venture Partners.

Next in 2017, Swiggy was nowhere close to looking back; the next investment was valued $80 million which was raised in a funding round led by Naspers Limited which is a multi-national consumer Internet company from South Africa.

In 2018, a $100 million funding was received by Swiggy from Chinese Shopping Platform- Meituan-Dianping and existing investor Naspers and small investments that followed that year led the company’s valuation to over $1 Billion, making Swiggy a member of the prestigious Unicorn Club.

Swiggy then went on to a company shopping spree and acquired Bengaluru-based Artificial Intelligence start-up, Kint.i.o in February 2019. 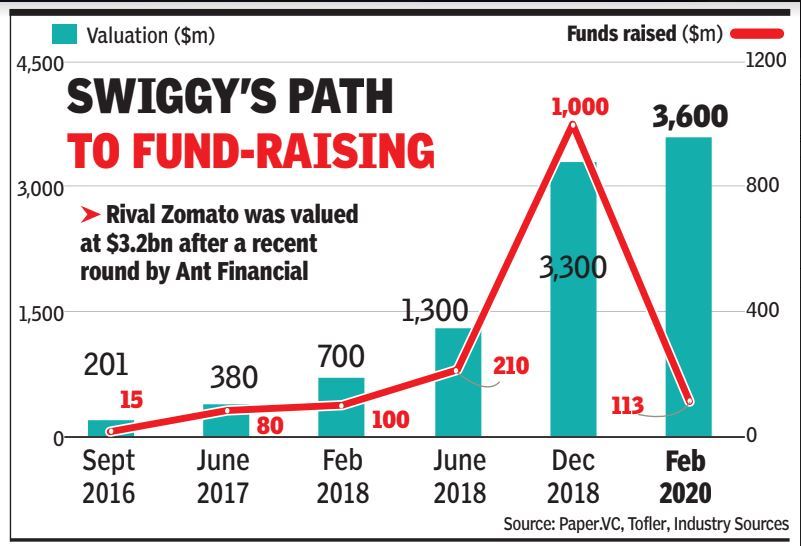 The same year, the company invested Rs. 31 Crore in Fingerlix which is a Mumbai-based ready to eat food brand.

In 2018, Swiggy decided to acquire a milk-delivery start-up based out of Mumbai called SuperDaily. This acquisition was done in an all-cash deal.

Before this time, in 2017: Swiggy acquired an Asian food start-up 48East which is based out of Bangalore.

Even before that in 2014, Acquisition of Scootsy logistics, a Mumbai-based start-up was acquired by Swiggy. Scootsy was a fashion and food delivery service which was struggling to engage customers and boost sales. Well, Swiggy to the rescue.

In April 2020, Swiggy raised funding worth $43 million which boosted the company’s value in the market, taking it to $3.6 billion. Yes! Swiggy has a market valuation of $3.6 Billion.

However, Swiggy has recently transitioned Scootsy’s partners and daily consumers to the Swiggy mobile application and ditched Scootsy completely. This change was done in June-end 2020.

Last year in 2019, there was a huge façade over religious politics and people’s sentiments over religion. The controversies of such nature started with Zomato and then soon after that ended, a Swiggy customer refused to accept his order on learning that the delivery boy was a Muslim. The incident happened in Hyderabad and this controversy is all it took to recreate the hype of religious divide.

October 21, 2019: The customer ordered food from Swiggy and specifically mentioned that the food should be very less spicy and that the delivery guy should be a Hindu by religion. He further mentions that the order rating will be based on these two preferences.

Swiggy commented on the controversy stating that all orders are automatically assigned to delivery executives based on their availability and location and the company does not discriminate between customers and partners on any grounds, especially religious.

Moreover, on the other hand, the customer lashed out at Swiggy customer care claiming that this is disregard to his preferences as a customer and further asked for a refund.

Not just this, the deliver guy also mentions that Majlis Bachao Tehreek (MBT), Amzadullah Khan from a local political party influenced him to lodge a complaint in the police station for creating a religious controversy. 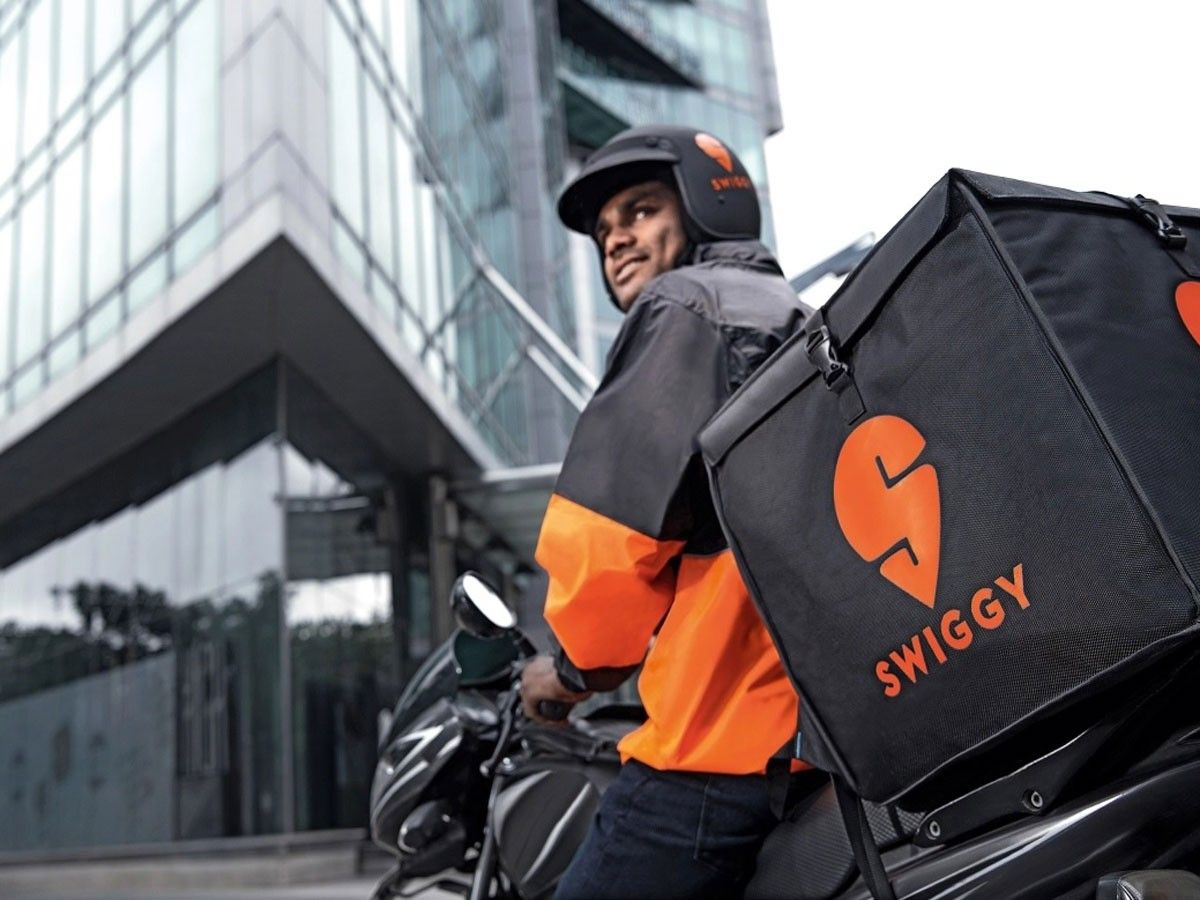 Another controversy that Swiggy dragged itself into revolves around mismanagement of customers, employees and restaurant owners. Some former and some present employees of Swiggy have alleged that the company hides negative reviews on its app. The claims further revealed that Swiggy pays money to buy good reviews and buries the real ones which are usually bad or not that positive. This statement has been repeated by several other sources and as an internal operation, only employees can throw light on such allegations.

There have been several reports from investors and Swiggy employees that even though the company has recorded stunted growth in the past few months (2018-2019), the company graphs which are shown to the investors are completely opposite. Investors are made to believe that the company is progressing with boosted speeds and the growth graph is in an upward incline.

Similar to these false promises, the employees at Swiggy should be taught to help restaurant owners to boost their sales and help them grow but instead, in the words of more than one present employees of Swiggy, they allege that they are taught to arm-twist the owners into paying more commission which is already to be increased every month.

Other than these, there are a number of other allegations and controversies that circle around the food ordering company but these are just treated as bumps on the high road. 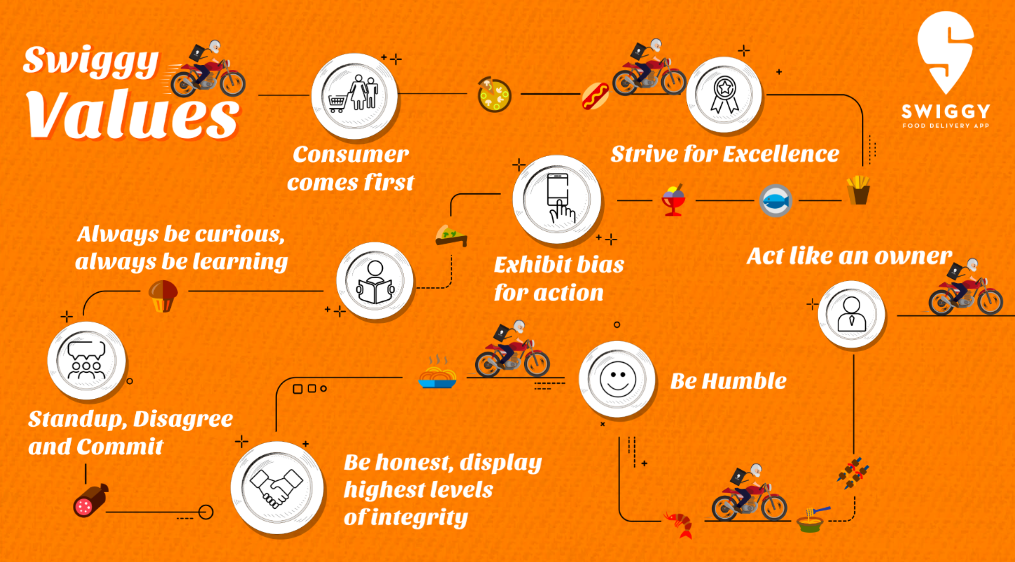 Swiggy co-founders Sriharsha Majety and Nandan Reddy have a very distinct vision for the company. They aim to elevate the quality of life and experience of urban consumers by offering convenience which no other competitor is offering in terms of food ordering and delivery and overall experience. The company intends to expand Swiggy in over 300 cities and to all major metros, ushering through the branches of convenience by offering door-to-door services.