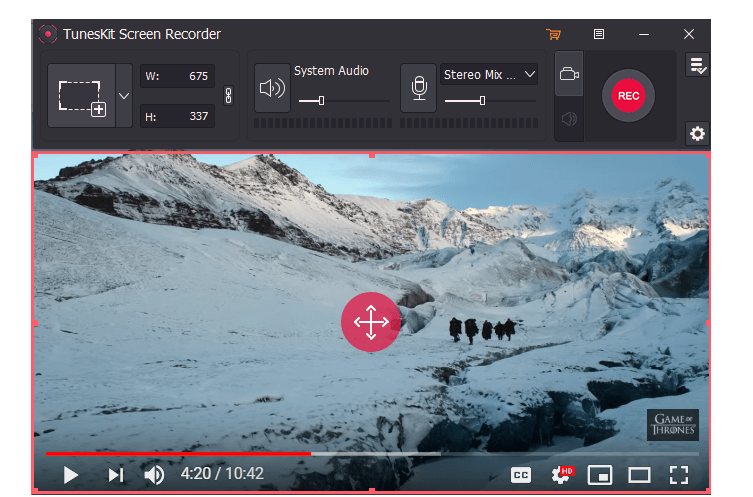 So, what exactly is screen recording? As the name suggests, it refers to capturing anything that happens on your phone’s screen. While some manufacturers include a built-in screen recorder on select devices, it rarely performs as well as a legitimate program. What you require is a purpose-built Android and iOS Screen Recorder. These apps allow you to capture both video and audio and develop and generate material for other apps that specialize in shorter formats.

Almost every device—Mac, Windows PC, Chromebook, iPhone, and Android—has a built-in ability to record your screen, but they are all different.

If you own an iPhone or a Mac, you’ve noticed how simple it is to record your screen in just a few clicks. If you’re using a Windows PC or laptop, you might have to go old school and utilize a program like PowerPoint. (This is true.) And God helps anyone who isn’t a developer who tries to screen record on an earlier Android smartphone.

TunesKit Screen Recorder, as powerful as it is, can easily record everything you want on the PC or Mac screen, such as internet movies, computer games, app tutorials, how-tos, video lectures, webinars, video conferences, video chats, live broadcasts, and much more.

It is not only a high-quality video recorder but also an independent audio capture tool that allows users to capture any audio from the system sound and/or microphones, such as streaming music, sound effects, background music, or other sounds that appear in a browser, media player, or many other applications. Furthermore, you may extract audio from computer videos, etc., with lossless quality.

It’s simple! Users can choose between recording video (with audio) and recording audio-only. In other words, you can record screen video and audio, or even mute the sound; you can even record only audio, either system sound or microphone audio, or both simultaneously. You have complete freedom to do whatever you choose based on your needs.

Users have numerous options for adjusting the settings

TunesKit Screen Recorder lets you customize your preferences. For example, you can capture full screen, select areas to record from 176*144, 1280*720 to 1920*1080, or modify the size of the capture area based on your needs. Alternatively, you can utilize the time scheduler to create a planned recording while you’re away by specifying the start and stop times in advance. You may also create your keyboard shortcuts, apply a watermark, and highlight your mouse or clicks with other intriguing icons.

Record the screen and save it in any format or device.

TunesKit Screen Recorder, as an all-purpose screen recording software, allows you to save recordings on your computer in a variety of formats, including MP4, M4V, MOV, MKV, WMV, MPEG, 3GP, WebM, 4K HD films; MP3, M4A, M4B, AAC, FLAC, WAV, and many more. You may also save and transfer your recordings to various portable devices such as the iPhone, iPad, Apple Generic, Galaxy phone and tablet, Huawei and other Android Generic, game consoles, and smart TVs, among others. You may also upload and share the recording on social media platforms like YouTube, Facebook, and Vimeo.

A proficient video editor will polish the recordings

It operates well as a screenshot tool

TunesKit Screen Recorder can also be used as a screenshot application. You may effortlessly take a snapshot and save it as JPG, PNG, or other formats when you encounter a great image. It’s simple to use, and anyone can do it without difficulty.

TunesKit Screen Recorder, with its superior recording technology, is an ideal tool for capturing any footage while maintaining the excellent original quality. This professional video capturing program, in particular, can capture the screen in high resolution at up to 60 frames per second.

To learn more about TunesKit Screen Recorder, you must first understand its pluses and minuses

The only disadvantage that could be noted is the lack of a Linux version. In addition, a watermark will appear in the trial version of the recording, even though there is no time limit for recording either audio or video.

TunesKit Screen Recorder is an excellent tool for capturing any video while preserving its original quality, thanks to the program’s advanced recording algorithm. This video capture program can record high-resolution videos at 60 frames per second.