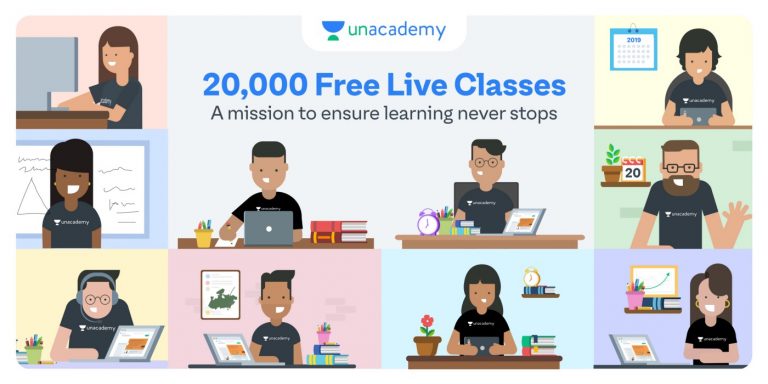 EVERYTHING YOU WANTED TO KNOW ABOUT INDIA’S BIGGEST LEARNING PLATFORM – UNACADEMY!

Unacademy is undoubtedly one of the best online learning platforms available in the nation. From the same old mundane classrooms to the comfort of whenever and wherever, Unacademy has changed the way we learn.  The company is headquartered at Bangalore and currently has over 20 million students.

The e learning market in India is growing at about 44% CAGR and is about 250 million USD. Statistics say that there will be almost a whopping 8 times growth in the industry by 2021, which will amount to a total of 1.9 billion USD. Students from every niche of the nation with a decent smartphone and a good internet connectivity will soon be using the online platforms for education.

Unacademy started as a YouTube channel back in 2010, and has seen enormous growth in the company ever since. They have come a very long way and promises the best learning experience to the students.

Education is the most important factor that builds a human being. It gives him perspective and tools to face the world. Unacademy began as a humble YouTube channel in the year 2010. It was single handedly run by Gaurav Munjal, one of the three founders of the same. Hemesh Singh joined him shortly and the duo had the channel running ever since. 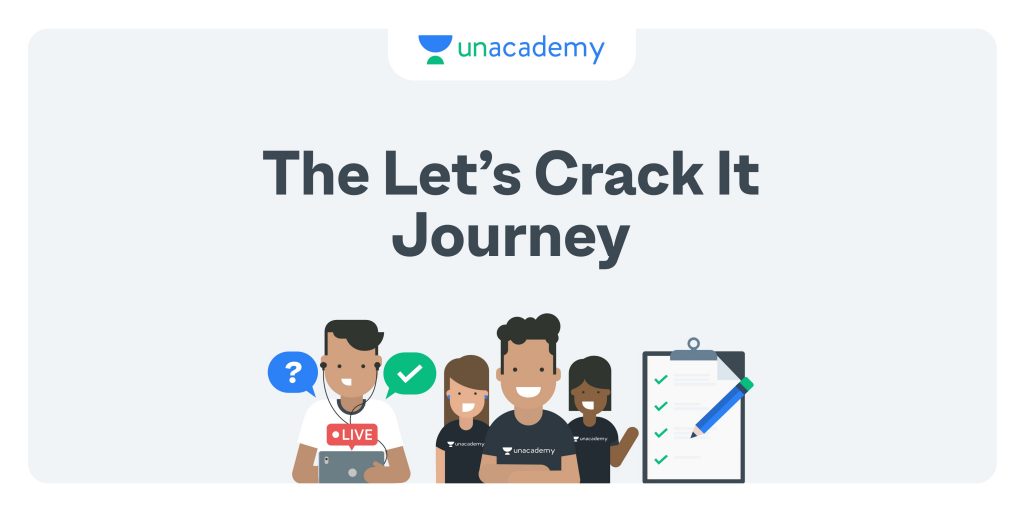 Roman Saini joined the team in 2015 and soon enough, the trio decided to launch Unacademy as an online education company. Even though there were strong competition in the field at the time, they managed to find the right audience and now has over 10 million subscribers for the Unacademy app and over 20 million registered students in total.

Unacademy started out as a YouTube channel that gave free education to anyone who acme across their channel. Later on, the founders started pondering on the idea of slowly monetising the services they provided. This is what led to the launch of Unacademy as an official educational organization, which still gave out classes for free. 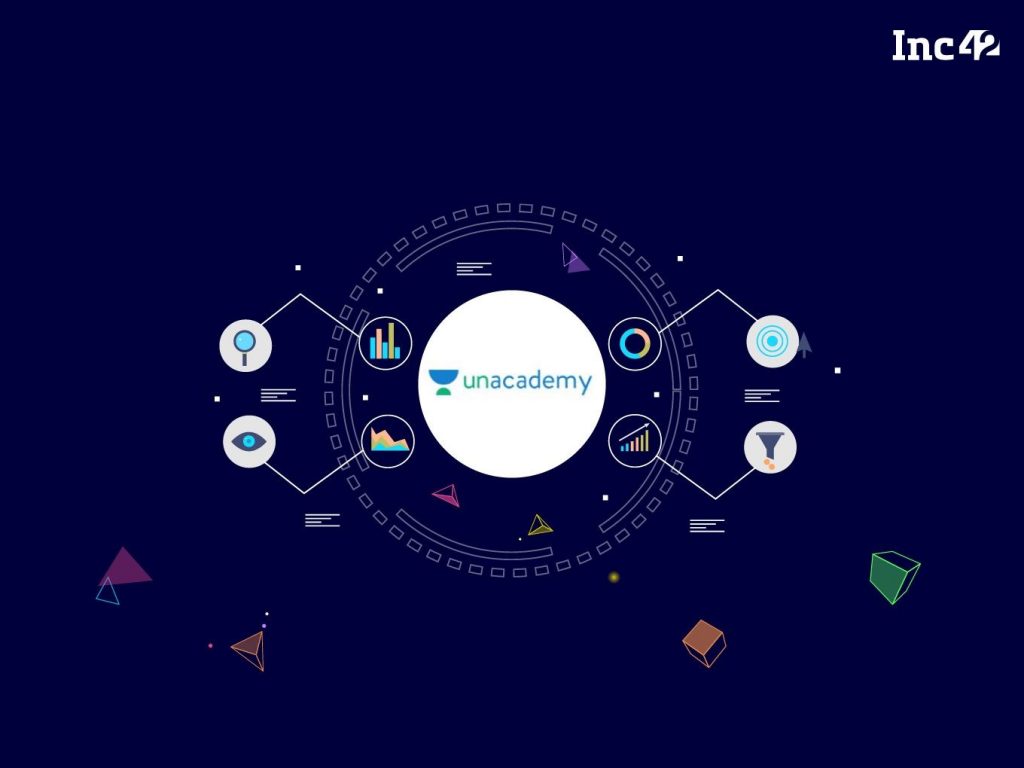 But this time around, they made some tweaks along the way. They introduced live classes, which were only available to the paid members. Again they launched an ad-free version of Unacademy where only members who have paid a subscription fee are given access. One of the biggest advantages of Unacademy is that they provide coaching for the most prestigious exams of the nation such as UPSC and CAT.

The team was able to channel in the right niche and the people were willing to pay the fees also. This opened up multiple opportunities for the firm to take their firm to the next level. They understood the sector they had to give more emphasis to, which is the parallel education system, alias the coaching services. This is something the Indian society is very much acclimated to.

Providing content for courses such as computer programming(coding), spoken english and other practically useful classes gained a lot of participants over the time. Unacademy Plus is the premium version of their app, which had more personalised services and access to a large number of courses which were not available otherwise.

Founder’s background in the Industry

Unacademy was founded by Gaurav Munjal, who was later on accompanied by Hemesh Singh and Roman Saini. Gaurav Munjal started his Unacademy journey way before the other two. He started the YouTube channel named Unacademy while he was an engineering student in Mumbai. He then went on to work with Directi as a software. Later on, he started his own company named Flat.to, which was sold to a firm known as Common Floor. In short, Gaurav did have ample industry experience before Unacademy. 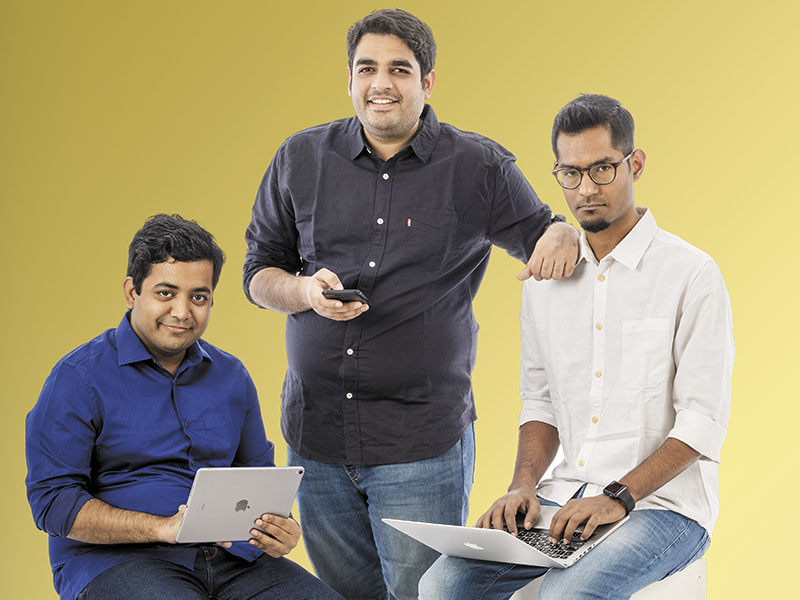 Hemesh Singh is an alumnus of Motilal Nehru Institute of Technology and an engineering graduate. He was the Chief Technical Officer of an organization known as FlatChat prior to his job at Unacademy. He is currently the CTO of Unacademy. Dr.Roman Saini was a medical graduate who went on to crack the UPSC exam at a young age of 21. He quit his job as an Assistant Collector to join Unacademy.

Unacademy now has their own mobile app and YouTube channel. The firm is on its way to become the next unicorn from the education sector after Byju’s. They have an increasing trend of subscribers both in their YouTube channel and the mobile application.

The firm now has thousands of online educators and over 250 million views in total for their YouTube videos. This trend is likely to continue as the e-learning platform of the nation is on the rise. More and more people are getting used to the online version of education and this has opened a multitude of opportunities for the team.

The company has acquired 2 organisations till date. Kreatryx was the latest acquisition, which was done on 31st of March, 2020. They had also acquired WiFi Study earlier. Unacademy is owned and operated by Sorting Hat Technologies, which is its parent company. It is owned by Gaurav Munjal and is the CEO of the same.

Due to the outbreak of COVID-19 pandemic, every schools and other offline educational organizations have closed down, eLearning software development. This has opened up a wide array of opportunities for all e-learning platforms across the nation. Unacademy has announced to provide 20,000 free live classes to all the users and new users. One need not be a paid member to get access to this. Through their classes many people have been able to land the highest paying jobs. They have become one of the fastest-growing education startups in India. The company has also taken up this opportunity to gain a lot of new users using intensive advertising and PR activities. Once they give the students a taste of what it is like, to have high quality education from the comfort of one’s home, they expect to grab a lot of paid customers as well.

Apart from that, the company is doing pretty well in their fundings with major companies such as Facebook General Atlantic having their backs. Unacademy has the perfect opportunity to take their business to the next level and the team is indeed determined to make the best out of it.