The first match of the FIFA World Cup 2022 was held on 20th November and it was between Qatar and Ecuador. Since it was held in Qatar, where people are known for their hospitability something special was arranged for the viewers. Qatar gave everyone who visited the first match exquisite gift hampers with merchandise of the WorldCup.

Recently, a Tiktok video also went viral where we can see the unboxing of this gift hamper. 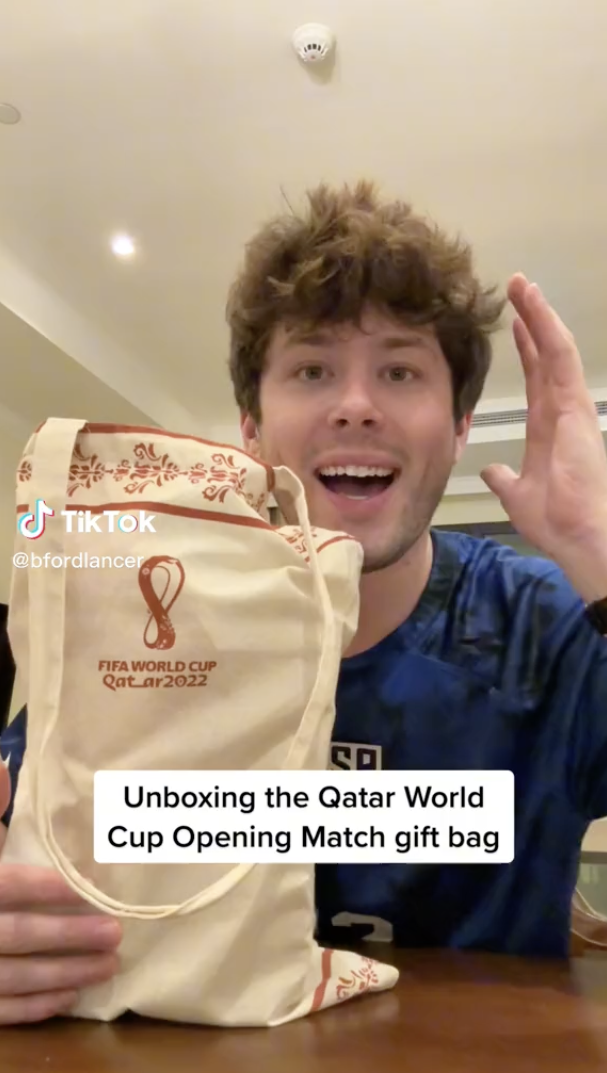 The TikToker says that he “went to the opening match of the World Cup between Qatar and Ecuador and they gave every single person who went to the match this gift bag.”

So, he was making an unboxing video of the gift hamper for all of us.

The first thing he finds is a T-shirt that had some sort of signature on it. He is not sure what that means but it looks cool. 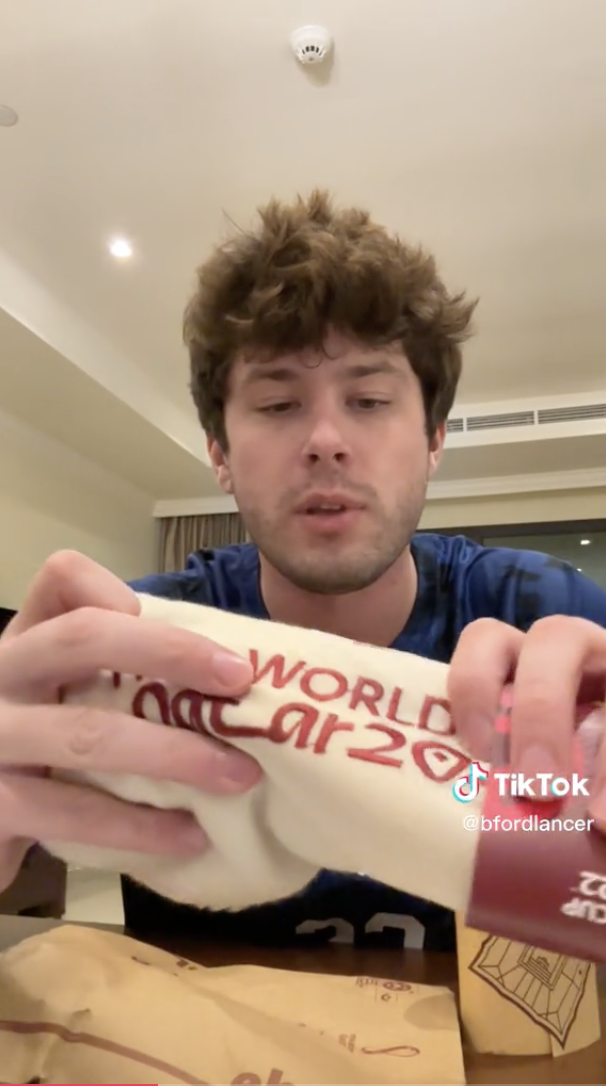 He then says, “We got a guitar flag in here as well, and the World Cup pin, and we have a blanket now because it was freezing cold inside the stadium. They have air conditioning everywhere, although it’s really hot outside.”

It was a nice touch that the hosts thought about this and added a blanket to the gift hamper.

Then the tiktoker says, “Up next, we have this. Not yet seen this. Let’s see what we got. Ohh, this is nice. Alright, we have the World Cup logo.”

He plans to put it in his room as decor. Then he finds a couple of other things that is a world cup bag and a wristband. The bag had something inside it but he isn’t sure what that is.

But there was one final package and it had something cute. It was a puppet. 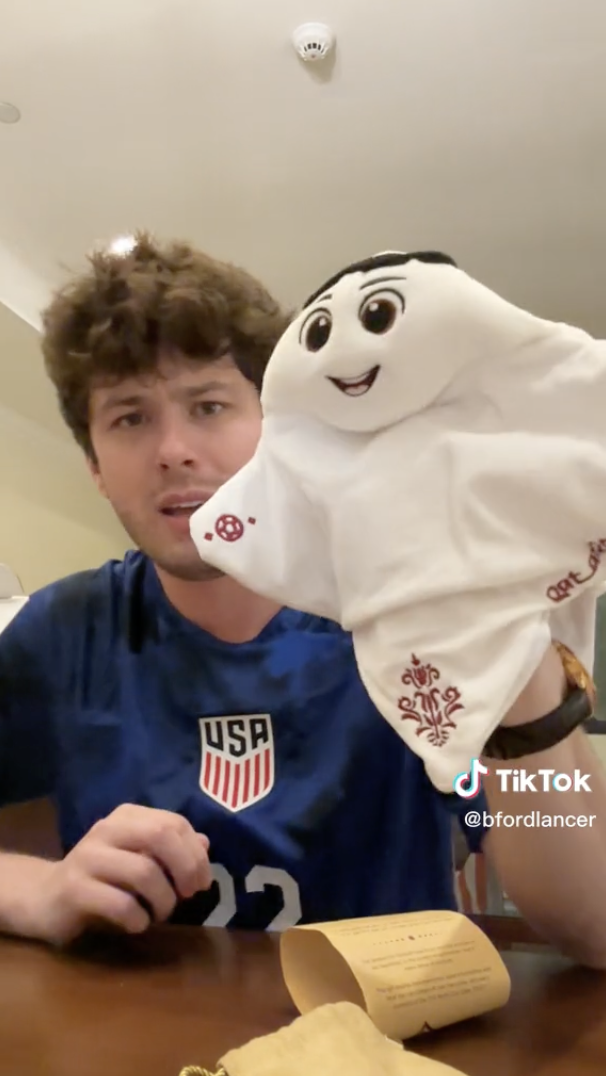 One of the viewers commented on the video and clarified what was inside the bag. He wrote, “the piece of wood is called bokhoor! it is burned with special charcoal to release a good aroma. sometimes is more expensive than gold!”

Another use clarified that it was a scarf not a blanket and the t-shirt had the signature of Emir of Qatar.

What are your thoughts on the exquisite gift hampers that Qatar gave? And do you think any other host country would have done this? Let us know in the comment below. And, if you found our content informative, share it with your family and friends.

Also Read: Elon isn’t sure about what he wants Twitter employees to do.