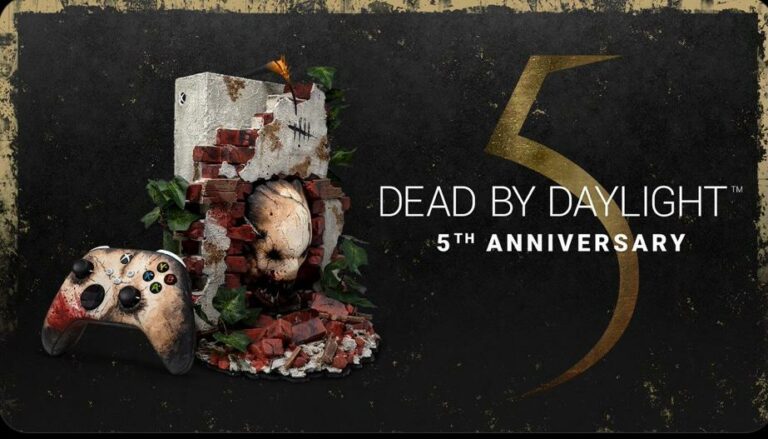 Twitter witnesses yet another name added to the trending list as “XGPDBDsweepstakes” take the forefront.  Gamers are on the edge of their excitement levels following a tweet from the Xbox Game Pass. The excitement was already in the air as the titles were announced for Xbox Game Pass in July 2021. Dragon Quest Builders 2, Tropico 6, UFC 4, Bloodroots, Farming Simulator 19, and The Medium are among the new titles for July.

This is a custom #DeadByDaylight sculpture made out of an Xbox Series S!

Follow @XboxGamePass and retweet with #XGPDBDsweepstakes for a chance to win this art piece PLUS a functioning Xbox Series S!

Gaming enthusiasts all over the world are in an excited frenzy as a chance to win some exciting prizes is round the corner. Ever since the Tweet made its appearance, gamers have taken it word for word, and retweeting is happening at lightning speed underscoring and emphasizing the interminable energy that is second nature to any gaming enthusiast.

“Who will win?” is a question that is simultaneously the most and least significant when it comes to gaming. Because obviously, you are playing to win. But there is more to a game than just winning. It is about the rush of energy and excitement you feel as you merge in with the gaming world, where the lines of reality and fantasy are blurred for a while. There is only one aim, one mission, and one goal. To make it to the end or at least try until you fall. After all, whether it be gaming or life, everything is worth a shot.

The same attitude is being shown towards the tweet. Although the chances of winning are quite lean given the number of people with an eye on the price which keeps on increasing with every passing minute and second. That is not going to stop them. Because something as cool and wonderful as the opportunity which has materialized cannot be given up without even trying. Trying with the game spirit. And the reflection of those efforts is quite visible across Twitter, yet another name gets added to the trending list.

Customs and traditions are to be followed with utmost care. Especially when those customs and traditions involve the prospect of winning something that is the definition of cool. And Xbox Game Pass definitely knows how to come up with customs that nobody will pass. After all, a DBD sculpture and an Xbox Series will be invisible to no gamer who knows the meaning of those two. The gates of excitement are wide open and let’s see who gets the crowning jewel in the end. Here is a small reflection of the excitement that ensued following the Xbox Game Pass tweet.

It is not just a crowning jewel, it is the perfect addition for basements too.

#XGPDBDsweepstakes Just the thing I need for my basement! 🎃👍 https://t.co/lPGPnrGZyf

#XGPDBDsweepstakes I would stare at this amazing piece of art just as long as I would play DBD on it! https://t.co/jYP5UnwdTm

Major life decisions are going to be made.

I need this in my life 😍 It would be cool to play some games alongside my Xbox friends for once 😂 #XGPDBDsweepstakes https://t.co/yODBOqSI9f

And some are in for the artwork.

#XGPDBDsweepstakes this is pretty cool! Never played the game but the artwork looks awesome. https://t.co/e905zGUNwV

Apparently creepy and awesome can co-exist in the same neighborhood

Love is in the air. Hope it’s not ‘dead by daylight.’