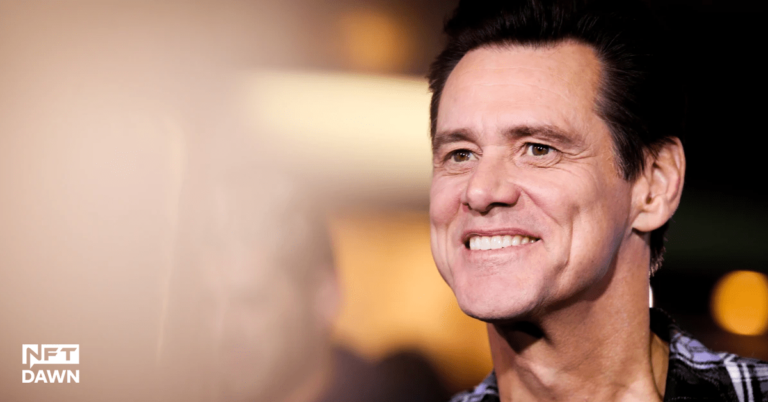 The Alpha: Information provided to nft now by Big Head Club, the Web3 studio that created the NFTs, claims that legendary comedian, actor, and producer Jim Carrey covertly released an NFT collection on Foundation on May 9, 2022.

Under his Web3 nickname String Bean, Carrey published the collection, titled Germinations. It has five animated Carrey autobiographical paintings with audio of the actor explaining the characters in each one.

The NFT collection conducts experiments on how society views and engages with value, celebrity, and art. The release of the collection also provides a preview of upcoming works by Carrey performing as String Bean.

Even though Jim Carrey made his “first” NFTs available publicly on SuperRare in the months of June and August, it turns out that he had already published the Germinations NFT collection on Foundation months earlier.

Germinations is built around the idea that Carrey has been a cultural icon in his own right for years.

In an interview with nft today, Big Head Club CEO Mack Flavelle said, “We were attempting to play with the audience. “You’re staring right into Jim Carrey’s face. Jim Carrey is narrating [these paintings] for you. And you’re unaware that Jim Carrey is in it. That occurred throughout the play. And it succeeded.

The five animated paintings in the Germinations collection range in duration from 30 to 60 seconds and include narration by Carrey playing the parts of each distinct character. Each is arresting, whether they are chaotic or solemn. Carrey filmed brief movies of himself acting out his characters, stopped the videos, and then made paintings from the still images. The Big Head Club team then animated the paintings using the images and music he had provided.

Flavelle continued, “They are actually the sounds in his head. “The characters he hears are different. Therefore, when you look at them, recognise that he painted each one of them by himself. Each of them is an autobiographical work of art. They are simply his isms.

Before founding Big Head Club, Flavelle co-founded two of the most successful Web3 ventures ever, Dapper Labs and CryptoKitties. She emphasised that because Carrey is already a well-known public figure, they were not constrained by the need to optimise the project for profit.

This gave him and Carrey the chance to investigate project ideas that they both found intriguing. After months of collaboration, Flavelle claimed he was very moved by Carrey’s enthusiasm and passion for the artistic process.