Formula1 In World’s First Flying EV Race By Airspeeder The race is expected to be conducted by the end of 2021.

Amidst all the chaos within the F1 team, they made it to the Airspeeder’s electric flying race. Besides this move, the exit of Renault from F1 is expected to have a rename on the brand, as Alpine F1. The talk about the poor performance of F1 created doubts among fans till the Airspeeder entry. 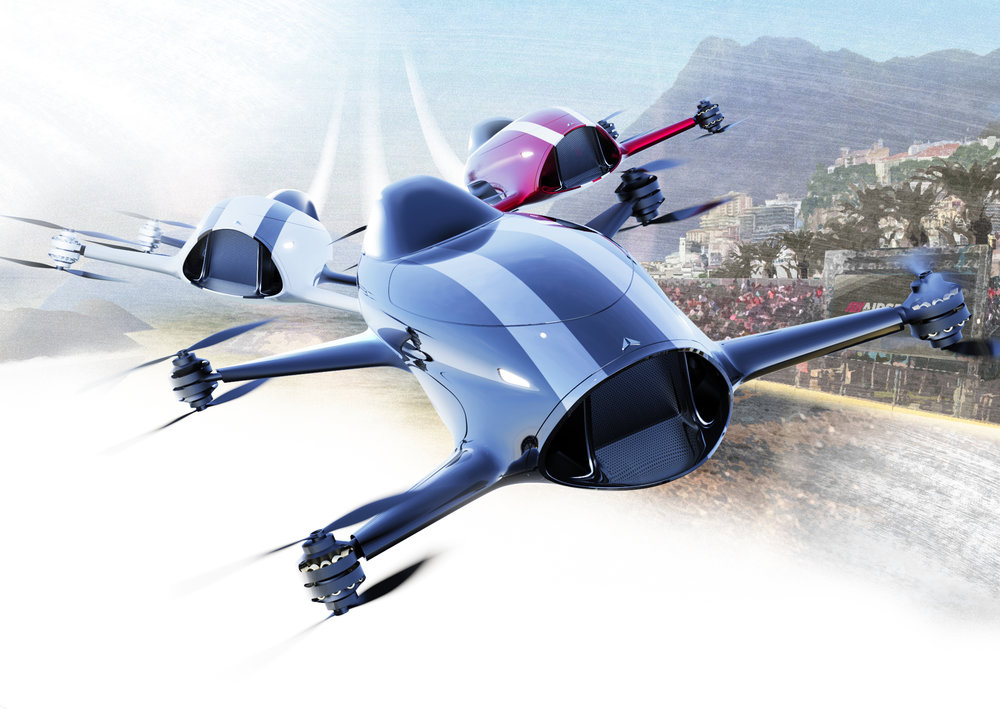 Airspeeder is created by Alauda Aeronautics in Australia during the year 2016. By 2016-17, the company was working on flying their electric planes with a target of 10-minutes of efficient fly time. By 2018, Airspeeder showed the world their flying machine. As per their schedule, the flying EV race was supposed to be conducted in August 2020. However, pandemic delayed the operations due to multiple reasons, besides the efficiency of the currently available EV planes.

All about the event

Airspeeder is going to provide ten cars to their alliances. These alliances include F1, Jaguar Land Rover, Williams Racing, and McLauren. According to the reports, these racing cars can run a maximum of 160Kmph and has a running time of 2.3 seconds for 100km. The technology used in the cars is made lightweight, especially with carbon-fiber technologies.

Interestingly, the race is going to be live on the internet. There will be eight cameras on the track (in the air). Currently, Airspeeder Mk4 cannot fly for more than 20 minutes, so we have to wait for the official event date and time to know their advancement in flying time.

In an interview with the sports lawyer and acquisition lead, Judith Griggs said, “The opportunity to help Airspeeder and Alauda shape the world’s first racing series for flying electric cars is irresistible. Airspeeder has the potential to be the most progressive and exciting new entity in sport. It is racing with global vision and authentic technical purpose and I am excited to work with Matt and the team to deliver on this potential through building exceptional relationships with commercial entities and racing bodies.”

Airspeeder is speeding up its process, to provide the best by involving with the major racing teams. It isn’t just the advanced electric flying race, but also a competitive race!!

Is R1 ready for the move?

In 2020, F1 announced its goals on shifting to fully renewable energy resources by 2025. While commercial automobile companies like General Motors, Volkswagen, and  Renault are working on goals for their electric vehicles, for racer cars the game is different.

The CEO revealed in an interview with TheDrive in 2018, that there is no reason for Formula 1 to not go electric with time as technology advances. However, Formula E, specially assigned to electric, received a license from FIA for 25 years. Meaning, F1 might not get approval till the end of the term, as there is already an existing electric race car, why should F1 go electric?

The legal aspects can be overcome if the technology is advanced enough to make things happen. However, the battery is not advanced enough to have both lightweight and efficient for the required speed. For racing cars, only 50% of energy is utilized for moving, where the rest goes to braking and another horsepower.

As for hybrid technology, having both electricity and fuel can impact the whole working system. Fuel would then be contributing very little to the total horsepower.

Contradictorily, the new aerodynamic electric SUV by Mercedes suggests otherwise. All over the world, people are working to make light and effective batteries and have made advancements.

The main reason for Airspeeder to collaborate with F1 and other racing teams is to speed up their common goal, advancing electric racing cars. The Mk4 car provided to their allies is already advanced in terms of weight and speed, which will