Facebook Investment in next computing Platform “Metaverse” Facebook said on Monday that " It will breakdown the financial reporting structure into Virtual and Augmented reality unit".

Facebook Inc plans to spend more than $1o billion this year on Facebook Reality Lab as it is building the ‘metaverse’ the next big computing platform.

“This is a major area of investment for us and an important part of our strategy going forward”. He added, “Our goal is to help the metaverse reach a billion people.”

He also stated that Facebook Metaverse will create “hundreds of billions of dollars of digital commerce”. He said that this investment is not going to be profitable to us in near future, but will mature and create social commerce over the next few years. 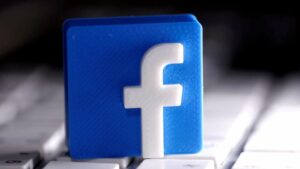 Facebook Inc said on Monday that it will break out its financial reporting structure and focus on virtual and augmented reality into a new segment of reporting.

Facebook stated that at the starting of the fourth quarter of 2021, they will break their Facebook Reality Lab (FRL). They separated reporting segment which works on augmented and virtual reality.

Chief Financial Officer David Wehner said Facebook is expecting to reduce its overall operating profit in 2021 approximately by $10bn due to their investment in Facebook Reality Lab (FRL).

The company’s revenue increase from $21.5 billion to $29 billion in Q3 which primarily consists of ads sales. Analysts missing expectations of $29.6 billion.

Facebook expects its fourth-quarter revenue will be in the range of $31.5bn to 434bn.