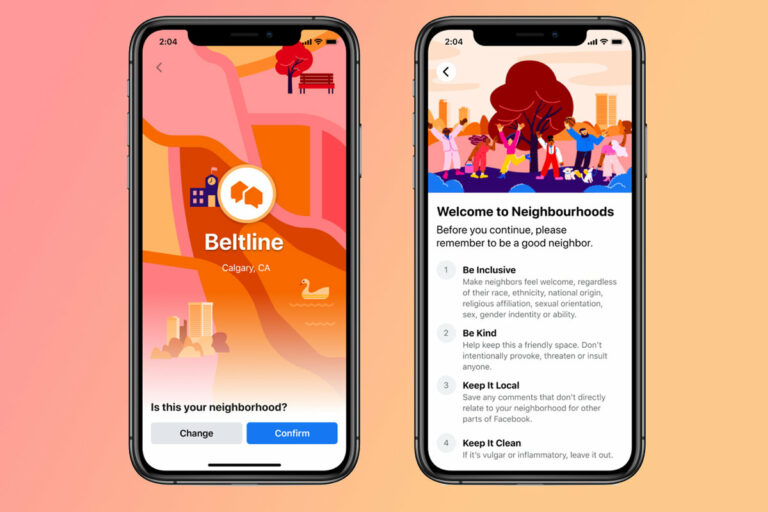 Facebook’s Neighborhood is a one place destination for all of your local experiences on social media using Facebook. Through Neighborhood, Facebook users can connect with their neighbors and stay up-to-date with all their local events. The platform is a great way for anyone to discover their local groups, connect with them and participate in the local group’s meet and greet as well.

The social media conglomerate started out with this feature in Canada last year amid the pandemic and pitched in the idea by selling it as a place for people to connect with their local groups and communities. As mentioned in a report by Reuters, Facebook Inc. is planning to launch the service in four new U.S. markets Baton Rouge in Louisiana, San Diego in California, Charlotte in North Carolina, and Newark in New Jersey.

However, as and when Facebook is deciding to roll out Neighborhood in these markets and other potential markets, it is facing niche market concerns. These concerns include already existing local market platforms. One such local social application that has thrived during the COVID-19 pandemic is “Nextdoor”. According to sources, it seems like Nextdoor has a firm grip on the U.S. markets and it will take some extra efforts by Facebook to enter and sustain into these markets. Another contender in this race is Amazon’s Citizen.

Facebook’s Neighborhood is often confused with the likes of Facebook’s Group feature which is highly criticized in the United States market. The company claims that it enjoys over 1.8 billion people every month on Facebook Groups and the function also helps users to connect with their local groups, somewhat exactly like Neighborhood. However, Facebook Groups can be a cause for major local riots and violence. As mentioned in a report by Reuters, a study revealed that Facebook Group was one of the root sources of the violent incitement at the U.S. Capitol riot. Not just this, Groups were also the most prominent source of spreading misinformation on Facebook regarding the COVID-19 pandemic and vaccinations.

Nevertheless, Facebook has tried to make Neighborhood better and different than Groups. The company says that it has learned from their previous and existing Facebook products and they have built a unique experience with Neighborhood that does make people feel safe.

The main challenge for Facebook at the moment, as it enters newer niches, is to pitch the right purpose on the existence of Neighborhood and somehow, find a way to bypass the existing market players like Nextdoor that claims to have covered over one-third of the United States market.