Facebook has recently announced that it plans to pay $5 million to independent local reporters and journalists beginning from today. Journalists will be given multi-year deals to help increase their readership and earn a stipend through an online platform. 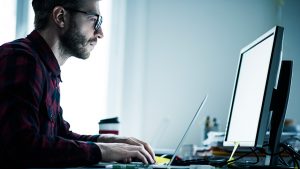 Facebook’s decision is a result of several emails from newsletter platforms, particularly Substack, which have spoken about the issues that journalists face while covering stories and communities when they are usually the only ones doing so. Hence, Facebook’s program will prioritise journalists that cover events related to communities of colour, especially in areas where it is difficult to find such news. Focus will be placed on coverage related to Black, Asian, Latinx, Indigenous, and other readers. Reporters will have both creative and financial control over their work and can set their own prices.

While this is a major attraction for several journalists, the concept of self-publishing platforms is not new. Many reporters have left traditional media outlets, such as Vox Media and New York Times, to work for programs such as Substack and Patreon. This provides them with payment advances and the opportunity to earn from subscriptions.

However, this is not without its challenges. Facebook is facing competition from other similar platforms which provided self-publishing services. For example, in April, Substack Local announced an initiative worth $1 million. The initiative would select 30 local journalists and provide them with payments of $100,000 one year in advance. Applications for this program are closing today.

Moreover, Facebook has also faced criticism for its problematic relationship with news outlets in the past, and how this move might further contribute to this. While it must be acknowledged that independent reporters can benefit from this program, Facebook has had a long history suppressing particular news outlets and benefitting from the spread of fake news.

Furthermore, Facebook does not usually compensate news publishers for content on its platform. Many content writers or moderators are either not unionised or are paid very minimally. The apogee of this strained relationship occurred during a conflict with the Australian government over the issue of whether or not news outlets must be paid for their content on Facebook. Following this, Facebook stated that it intended to invest in the global news industry for three years, with the declared amount being $1 billion.

Despite this, Facebook has continued its efforts to ensure that its new program is as fair and inclusive as it promises to be. It announced that it would work with two Washington-based journalism organisations, the International Center for Journalists (ICFJ) and the National Association of Hispanic Journalists (NAHJ). This will be done to assess applications from reporters who hope to be part of the program and to provide selected reporters with access to experts and related services that might help them create a news-based business.