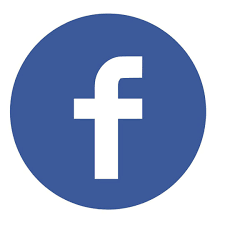 Days after Facebook Inc.’s ratings dropped at both the App Store and Google Play Store, Apple Inc. has refused the farmer’s requests to remove the negative reviews for its app on its App Store.

Why Did Facebook’s Ratings Fall?

In case you are unaware, the Facebook app was in for a major dip in its ratings on Android and Apple, falling to between 2.3 to 2.5 stars, from original ratings over 4 stars.

The reason for the decrease in the app’s ratings had been Facebook’s alleged support towards Israel in the violence between the country and Palestine. Users on Palestine’s side made a collaborative effort to bring down the platform’s ratings, alleging it of censoring Palestinian content.

On the App Store, the Facebook app saw a significant drop in ratings, falling to 2.3 stars from its original rating of more than 4 stars. Most of the new ratings gave the app a single star, along with negative reviews calling it out for censoring hashtags in support of Palestine, including #GazaUnderAttack and #FreePalestine.

Facebook Inc. is not the only platform which seems to be standing in the way of pro-Palestine activists. Social media sites, including Instagram, have been informing users that their posts are linked to “violence or dangerous organizations “, should they make posts about the Al-Aqsa Mosque at Jerusalem.

In response to the growing user dissatisfaction with Facebook, senior software engineers of the firm have addressed the “falling user trust” through the platform’s  internal message board. They have added that users are apparently feeling censored, limited, and silenced.

As a way to maneuver around the platform’s censoring ways, some users apparently took to making posts in Arabic, and even intentionally misspelling the key words and phrases like “Israel” and “Palestine”. This ensured that the app’s  algorithm was not able to detect their posts, and take it down.