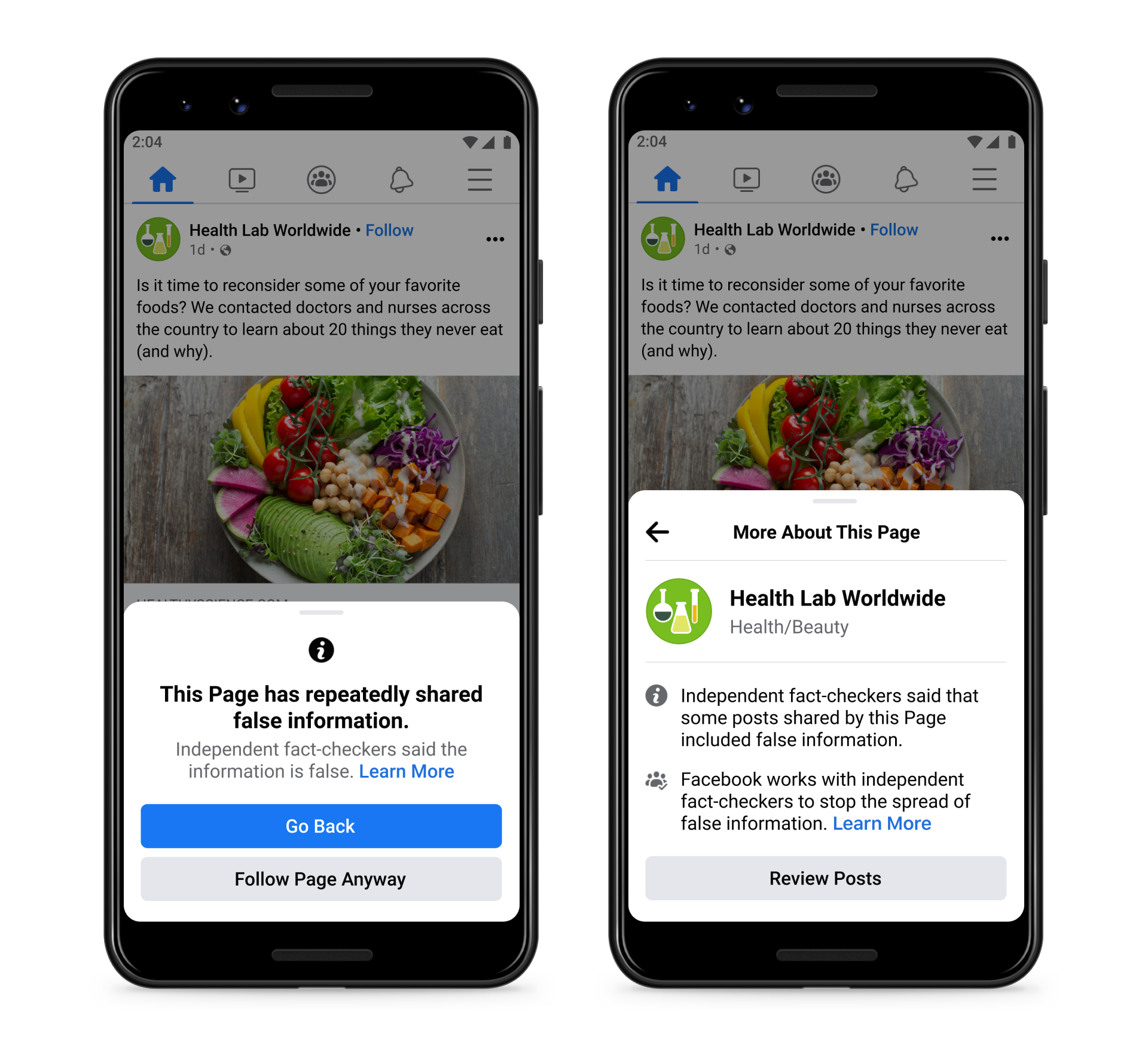 According to recent reports, Facebook will now begin to notify offenders who are repeatedly sharing false claims that if they continue to violate the company’s guidelines their posts would be moved lower down in the Facebook News Feed to limit their reach. By doing this, lesser people are likely to see their posts.

Facebook is one of the most popular social media platforms which has apparently become the hub for sharing and consuming worldwide information. The COVID-19 onset has given birth to this new problem of spreading misinformation that the world cannot afford. First, it was COVID-19, then it was its vaccination and everyone needs to get vaccinated to stay safe from this deadly virus and there are people throughout the globe that have different beliefs and are sharing their false beliefs on social media making people doubt their correct scientific choice.

As mentioned in a report by Engadget, until now Facebook was fact-checking individual posts but the problem faced was of significant delay. By the time, the company fact-checked every individual post, there were some that went viral which means the spread of misinformation to a much wider audience. Facebook does not want that, so now they have come up with notification and punishment for individuals who are repeatedly spreading false information on COVID-19 and its vaccination. The company says that it will now notify users individually warning them about the consequences of their actions.

Facebook groups and pages that are posting and sharing misinformation on the platform will get warnings that their posts are much likely to be less visible to their audience if they consistently violate the company’s guidelines and policies. When a new user tried to join such specific groups, they will also receive a pop-up warning to not follow such groups. Facebook will also provide fact-checking options on individual posts and give such propagators to delete their post.

Researchers have found out that it is only a limited number of people who are consistently spreading misinformation on the platform as a part of a vendetta against the government. There is a vast majority of people who are anti-vaccine and are spreading misinformation about the same. COVID-19 and its vaccinations are all backed by science and users should promote the spreading of verified information which is backed by science and issued by the World Health Organisation.