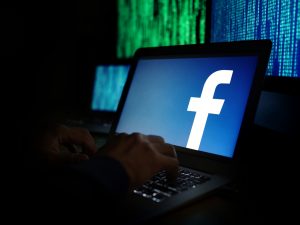 Personal data of more than 500 million Facebook users were leaked for free on Saturday. The first to notice this was the chief technology officer of Hudson Rock cybercrime intelligence firm Alon Gal, who later took to Twitter to inform the public about this incident. It was found that these user records had been posted on a low-level hacking forum. The specific content of these data includes full names, phone numbers, email addresses, location, and other user information. People were warned about the usage of this data to commit fraud or impersonate people.

This exposed data contain information of users from over 106 countries, including over 32 million records on the users in America, 11 million on users in the UK, and 6 million on users in India. The leaked data was first discovered in January when a user belonging to the same hacking forum released an automated bot that could provide people with phone numbers of almost all Facebook users for a certain price. It was later found that this information was legitimate and the hacker did indeed possess the above-mentioned details. Anyone with basic data skills can now avail themselves, the entire data that has been posted in this forum for free.

When Facebook was asked to comment on this situation, they were reluctant to do so at first but they later said that the given data was old news and they had already handled it back in 2019. The old news is mentioned here refers to a similar incident in 2019 when information was leaked from Facebook. They also added that they had solved the issue back then.

Alan Gal mentioned in a statement that this was the result of complete negligence from Facebook. He also added that from a security point of view there is nothing Facebook can do to help the users affected by this, but, Facebook should be responsible enough to notify and inform users of this leak and ask them to be wary of matters concerning impersonation, fraud, and phishing.

This comes as a huge blow to a well-reputed company like Facebook. Ever since the emergence of the app, users have always put their blind trust in it, providing it with information when required without a second thought. The events from 2019 and its repeat again have been a breach of this trust and users have been wavering away from the use of this app. The emergence of other social media platforms like Instagram, Snapchat, etc has segregated Facebook users and its recent security issue also acted as a catalyst in the loss of several regular Facebook users.

Facebook has been slowly losing its users for the past few years and the emergence of privacy and security-related issues like this are expected to knock the social media giant out of being referred to as a major platform.