Crust Network: Everything you need to know 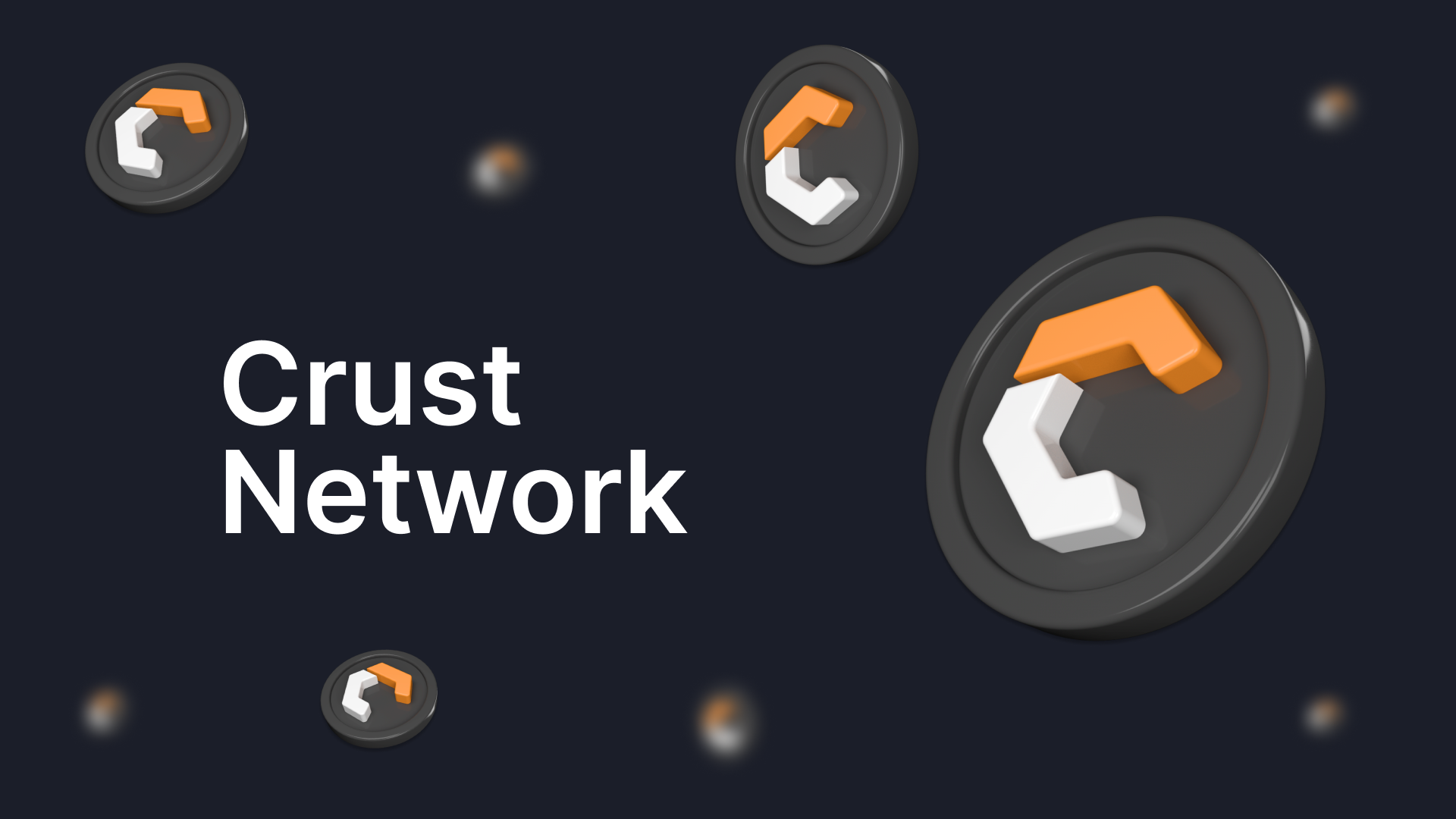 Cryptocurrency or crypto is something that almost all of us are already familiar with by now. Over the past few years, the industry has seen significant growth and has gained popularity among potential investors. This digital asset of yours can be stored in online wallets and can be used to make purchases over the internet. Moreover, it is worth mentioning that, this virtual currency uses cryptography which makes it immensely secure.

Not just that, Cryptocurrency is very desirable on a global level today because of its two key features which are portability and ease of use. But, I would like to tell you all that, don’t mistake ease of use with lesser or no risks. Everything has its flaws and online currencies are no different, crypto marketplace is highly volatile and uncertain, which makes it even more riskier. Apart from that, this virtual currency can be used for shady and unlawful activities as well.

If some of you might remember when the concept of virtual currencies was first introduced, people had their doubts and it was all not very exciting but on the other hand, if you look around yourself now, you will come across a number of currencies to choose from and that’s not it, the industry being booming since a couple of years, people are more and more intrigued and thus, newer currencies are being introduced each day, increasing the competition in the marketplace.

Despite the industry being around for quite some time now, some people still have no idea what it is or if they do, they are not very clear about its working. Over the years, some people have managed to earn huge profits and some had to suffer significant losses. Around ten years back from now, people just thought of digital currencies and payments as a dream or as a future reality but today, it seems like the dream has finally come true.

As previously mentioned, there are a lot of currencies available today to invest in including Dogecoin, Ethereum, Bitcoin, Binance Coin, Polygon, and Cardano to name just a few popular ones, but today we will be talking about the Crust Network which is gaining a lot of attention lately.

Everything to know about Crust Network 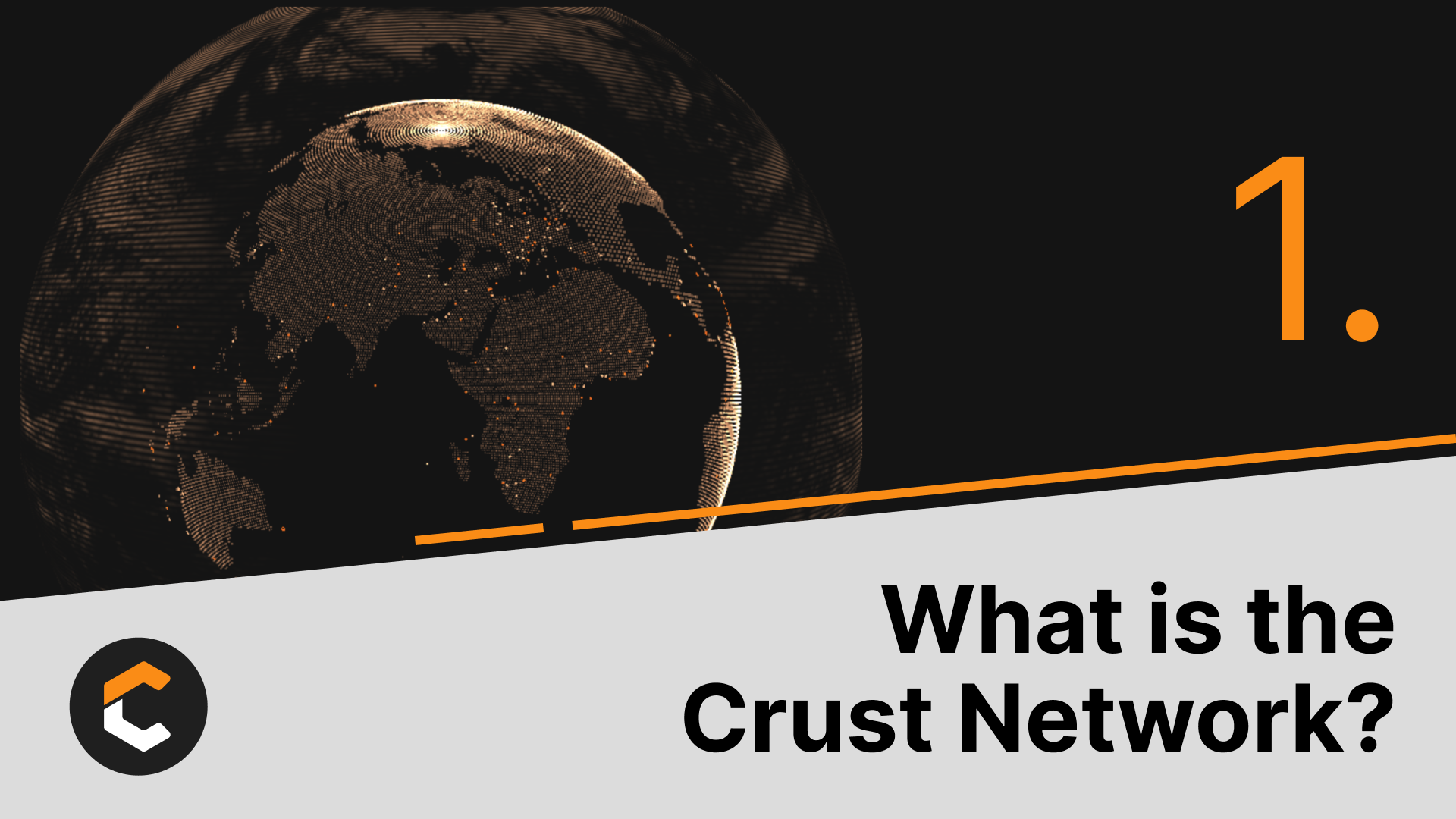 Crust Network is a revolution that is built around the necessity of addressing the concern regarding centralized data storage as of today. Security, data privacy and sovereignty are some of the most important concerns that Crust aims at solving. The platform is known to be a storage network that is decentralized and is based on the known Polkadot chain. By allocating files to various nodes in the network, Crust manages to decentralize data storage. As a result, this completely removes the requirement for any centralized entity that is there to control the output and input of information, along with data storage.

The Crust Network underpins multiple storage layer systems, which also includes Inter Planetary File Systems(IPFS). Moreover, it is very convenient to access their platform because of the fact that from the application itself, its storage interface is accessible. Apart from this, with the help of the platform, the users are able to control their data and take charge of its reliability as well as its security with the help of access control, backups along with data encryption. Also, as discussed earlier that Crust uses a multiple layer layout in order for it to deliver data storage functionality that is decentralized. It operates using three layers including the blockchain consensus layer, workload consensus layer as well as distributed cloud storage.

In addition to this, Crust provides you with a decentralized network for the storage of the Web3 ecosystem. Its technical stack is also very well capable of supporting a computing layer that is again decentralized. In simpler words, the platform is designed in order to build a decentralized cloud ecosystem that values basic factors including data privacy and ownership. Moreover, it is being said that crust is integrating with Moonbeam in order to allow the decentralized storage of DApp data as well as Solidity smart contracts. This partnership however will introduce new opportunities, not just Crust network as well as Moonbeam but also for the entire Polkadot ecosystem as well.

As mentioned earlier, Crust decentralized storage protocol enables data files to be stored on various different hosts by giving out files across the complete network. With the help of this users can flexibly control their data files and effectively improve reliability and data security using data encryption, authorized access, secure backup as well as other means. Along with all of this, at the same time, the sharing model for storage space can help reduce storage costs effectively. This integration with Moonbeam will provide Crust with the advantage by bringing in new projects and users developing on Moonbeam who will require storage protocols. Furthermore, it is worth mentioning the fact that the Crust ecosystem has nearly four participants including users, candidates, guarantors as well as verifiers, with all of them having a very crucial role to play. 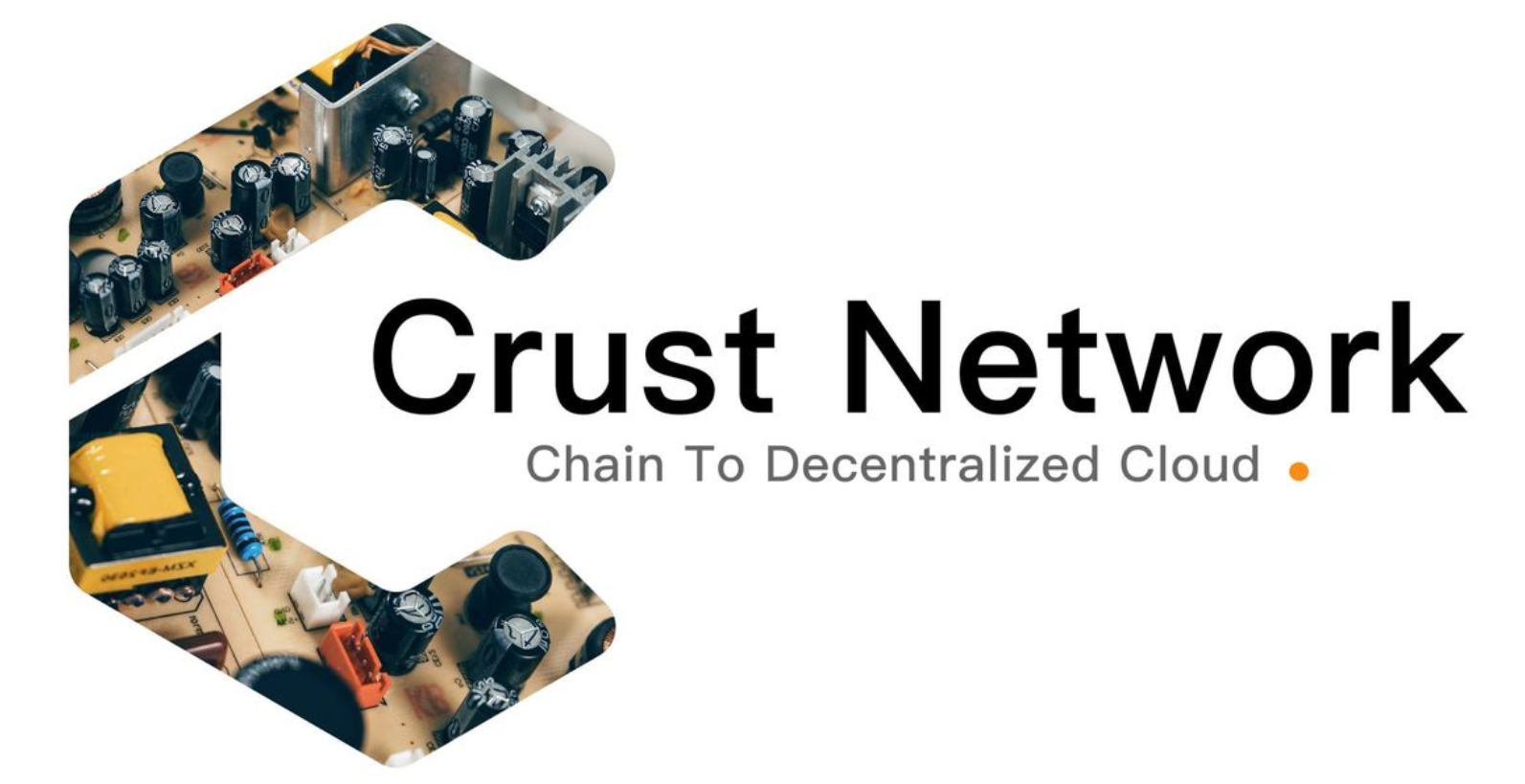 Being based on the Trusted Execution Environment(TEE), Crust proposed the Meaningful Proof-of-work( MPoW). Using the MPoW mechanism, the workload in the reports is credible as well as verifiable. Crust storage nodes will be able to pack and record the report for the workload with other block transactions. But at the same time, Crust has managed to design the Proof-of-Stake consensus algorithm, known as the Guaranteed proof of Stake (GPoS).

As discussed, Crust Network is known to make use of the Guaranteed Proof of Stake(PoS) consensus model. Proof-of-Stake here is achieved by using storage resources as guarantees. Also, Stakers who take part in maintaining the effectiveness of the entire network are needed to provide spaces for storage purposes as well in order to make the staking process possible. However, block generation in the platform uses the GRANDPA/BABE algorithm of the substrate network, which in return makes the network less prone to attacks. This is because of the fact that the attackers don’t just have to get hold of CRU tokens but instead, they also have to take command over several storage resources before they can take over the entire system.

Other than this, Crust has now launched three applications and has managed to reach cooperation’s with projects in order to enhance the product. The three application scenarios however include NFT Data Storage, Decentralized website operation and Development as well as P2P Content distribution and storage. Since the network is interoperable, Crust’s Network services can be made use of easily, irrespective of the network’s technology and storage protocol including Distributed hash Table (DHT) and IPFS. This will make the network’s services easily accessible to any organization that is in the market looking for a cloud storage system that is highly secured.

In March last year, Crust Development Testnet was first launched and at the same time, they managed open-sourcing some source code. Crust then joined Web3.0 Bootcamp, Substrate Builders Program, and received a grant from the Web3 Foundation. In July last year, they launched Crust Public Testnet, in which Crust is supporting storage trade markets along with full-featured economic models. The network also is looking forward to joining hands with Phala testnet in order to provide a decentralized storage for applications using Web3. Crust Tokens or an often referred to as CRU Tokens are nothing but the native, utility token of the Crust Network. These tokens can be used for staking as well which enables them to be nominated for block generation in the coming future. There are several other functions that the CRU token performs including token transfer, block rewards, node penalty, fee payments, and enrollment pledges. Each candidate and verifier share a part of block rewards for every blockchain cycle.

Other than this, CRU tokens can also be used to pay for available storage resources in the Crust’s markets. The storage fee is given, also allows users to enter the account of storage nodes, while each storage cycle. Pledge for node enrollment also needs CRU tokens. This here refers to the storage order pledge as well as the enrollment pledge. It is important for you to know that due to the mechanism of the Crust Network, for staking, CRU tokens are needed or otherwise mining profits won’t be generated. Moreover, the current circulating supply of the currency is nearly 2,043,630.97 CRU but unfortunately, the maximum supply is not yet available. 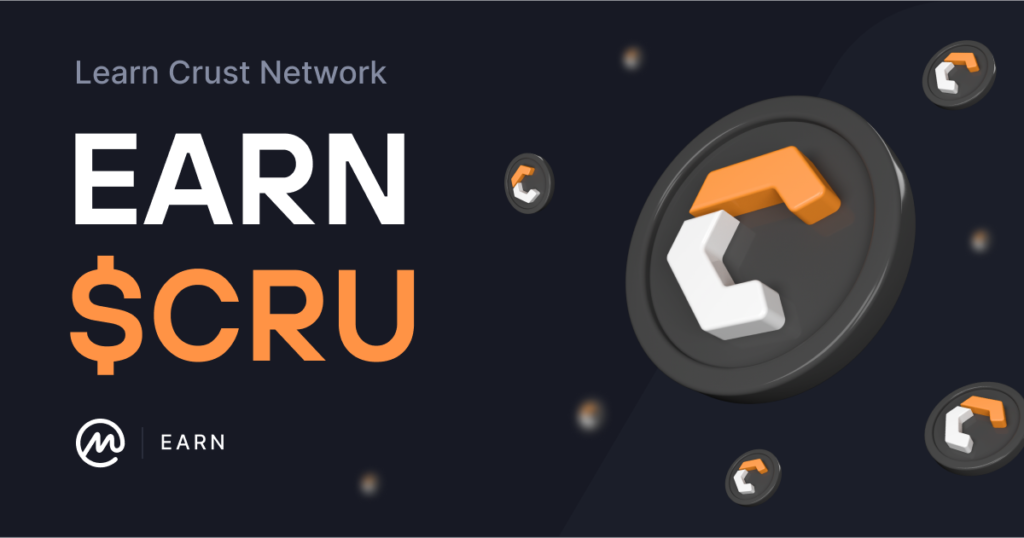 As per analysis, the performance of the Crust Network is wavy which indicates that the CRU token has a good chance of hitting close to its all-time high again in the coming future. But again, if you are planning on investing in Crust, remember that there are risks involved just like in the case of any other cryptocurrency and it is advised that invest only if you are willing to take those risks. I suggest you do your own research on the token before investing and not just go with what people say over the internet.

If you are wondering, where can you buy CRU? Let me help you with that, not all exchanges have it listed in the crypto marketplace but some of them that have it listed include BiONE, CoinTiiger, Coinbase, Huobi Global as well as BitWell to name a few popular one’s.

Trusting big data and personal information to corporations alone is not very ideal, having an alternative way of handling and storing information is a notable innovation especially in the blockchain ecosystem. Crust Network solution is a great development in this regard that has the ability to show the power of Distributed Ledger Technologies(DLTs) on a global level beyond just mere currency. With Crust’s quick processing and interoperability, the use case of decentralized cloud storage in blockchains has become much more reliable indeed. Not just that, with the help of its consensus mechanism, reliability, as well as the accuracy of the data, is rest assured. Its focus is on helping the world leave behind Centralized data entities. I believe it is a great vision and Crust is a good investment, if not now then in the coming time’s for sure!

What are your thoughts on Crust Network? Do let us know in the comments below. To know more about various cryptocurrencies, do check out other articles we have on our website. Thank you for your time & if you found our content informative, do share it with your investor friends!

Also read: Qredo: Everything you need to know