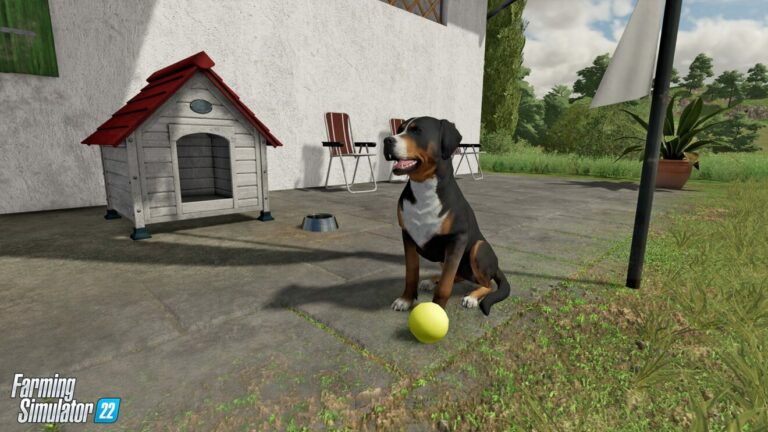 Farming Simulator 22 will get two new features, Greenhouse and Beekeeping, which will come to the full game when it will be released on November 22 for PC, PlayStation 5, PlayStation 4, Xbox Series X / S, Xbox One, and Stadia. More features will allow players to grow more than usual crop selection and add more to the game, such as the ability to produce and sell honey. The bees are on their way and there will probably be a function for the honey farms that will later be included in this new production chain.

Greenhouses and beekeeping introduce new cultivation methods for raw materials such as strawberries, lettuce, and honey. How this works can be seen in the new trailer, which sheds light on the farm animals and the new wildlife that swirls through fields and forests. Combined with these new production chains, farmers can expand their farms with more opportunities to produce far more than the usual crops.

The first official gameplay trailer features the brand new French-inspired Skin Beyleron card with rock-picking features. The Animal & Wildlife trailer gives us an insight into improved models of farm animals and wild animals roaming the surrounding fields and forests. The new trailer shows lots of beautiful sheep, cows, pigs, chickens, horses, deer, and even a loyal dog to keep the farmer company. At its best, the new trailer offers a look at revised models of farm animals as well as wildlife representatives roaming through fields and forests.

The game features for the first time John Deere machines, Komatsu Rau Wilson trailers, and more. Key new features include a revised graphics engine and the addition of horse breeding, oatmeal, and cotton plants. The game also contains an updated version of Alder Grat Map, which was part of Alpine Farming DLC for FS19.

Agriculture is sweet and tasty: Giant Software has introduced new beekeeping features in the latest version of the game, such as the production of honey, greenhouses where juicy strawberries, and healthy salads and tomatoes are grown. In FS 19, players were able to feed and raise cows, pigs, sheep, and horses but now wild animals will populate the maps in Farming Simulator 22, players can find deers running around in the woods, and so on. Giant Software has also introduced a new beekeeping feature that produces honey and a greenhouse that grows juicy strawberries, healthy lettuce, and tomatoes for improved and more realistic simulation.

New features and improvements in Farming Simulator 22 allow prospective farmers to build their farms regardless of the age of their profession. When They introduced seasonal cycles that came to The Farm Simulator 22, a virtual year was intended to consist of twelve days. The Giants have confirmed that the new season mechanic will adapt the game to last 28 days each month. Players can expect improved and more realistic simulations with more than 400 machine tools and more than 100 authentic Farming brands including new categories. Players will be able to grow and breed cattle, grow grain and sell the assets created on the farm.

Thanks to the rich world, players are drawn to virtual farming. Thanks to the production chain, you have more functions for tasks such as animal husbandry and the use of various machine tools. Play as a modern farmer and equip your own farm at one of three American or European locations. The profitability of agriculture in the winter is guaranteed by the release on November 22 for PC, Mac, PS5 (TM), Xbox Series X / S, PlayStation R / 4, Xbox One, and Stadia.

Giant Software has put a lot of effort into the graphics and performance of the new game. The importance behind the development of the graphics can be seen in the first screenshots and trailers released for the game. Giant does not disclose how it has improved animal models from a technical point of view, but seeing them in action in the new trailer gives enough context.