Fidelity Investments to allow employees to include a Bitcoin account

Fidelity Investments intends to allow employees to include a bitcoin account in their 401(k) account. The corporation will be the first big provider of retirement plans to do so. Employees will not be able to begin adding cryptocurrency until later this year.

As the popularity of cryptocurrencies grows, more employees may soon be able to invest a portion of their 401(k) retirement savings in bitcoin.

On Tuesday, Fidelity Investments said that it has launched a means for employees to directly invest up to 20% of their 401(k) savings and contributions in bitcoin, all from the account’s primary menu of investment options.

Fidelity claims to be the first in the market to accept such investments without requiring a separate brokerage window, and it has already signed up one employer who will include the product into its plan later this year.

Last month, US regulators advised the retirement industry to proceed with “great caution,” emphasizing how inexperienced investors may be ignorant of how volatile cryptocurrency may be, among other challenges. 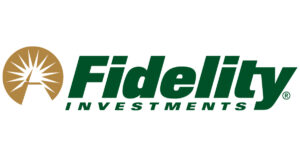 Bitcoin fell by at least 10% on five occasions in the previous year. Meanwhile, the S&amp; P 500 has experienced only two such declines in the last 50 years. Aside from its volatility, there is still significant debate about how much a bitcoin is worth if it is worth anything at all.

Cryptocurrencies have historically not tracked equities and other investments, but this has changed in recent months due to fears about rising interest rates.

Some investors may believe in all of the benefits of bitcoin, but they do not want to create a new account to receive it, learn how to keep it, or deal with taxes on gains made in the years preceding retirement. They may change their minds soon, according to Dave Gray, Fidelity Investments’ head of workplace retirement products and platforms, and Fidelity wants to be ready.

The volatility of cryptocurrencies is an important component of its attractiveness for certain traders. Bitcoin not only tripled by 2020, but traders can now buy and sell it 24 hours a day, seven days a week. A normal stock market day on Wall Street, on the other hand, lasts only six and a half hours.

This service, however, will not be available with the new Fidelity account. Like traditional mutual funds, its price will be changed once every day. The account’s fees will also range from 0.75 percent to 0.90 percent of assets.