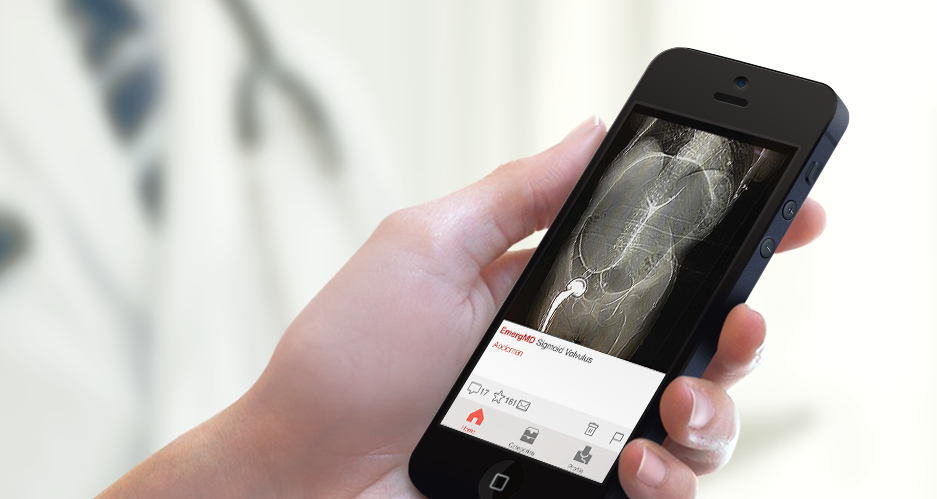 Being a doctor, curing people each day and saving lives is one of the best things that a human can do on this planet. And as noble as the profession is, it is equally difficult to be a doctor. Each patient is different, and every day brings with it a new challenge. Technology has and will continue to play a huge role in overcoming or helping find solutions to some of these challenges.

In 2012, Dr. Joshua Landy, a Canadian Internist and Critical Care Medicine Specialist, was invited to become a visiting scholar at Stanford University. During his visit there, he realized how physicians, young doctors and students were using mobile phones and tablets to share information such as pictures of patients to seek each others’ opinions. This however, was affecting the privacy of their patients. The idea of using digital and social channels for collaborative problem-solving resonated with Joshua and he researched online and multimedia-oriented approaches to health education. Dr Joshua Landy has published a number of papers on this topic. 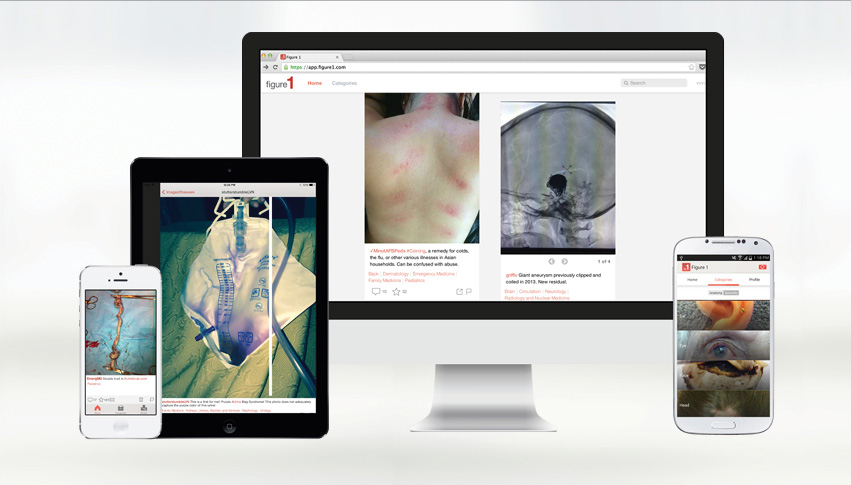 During one of his discussions about this topic with his friends Gregory Levey and Richard Penner the three came up with the idea of creating a safe and effective way for doctors to share and discuss cases and that is how Figure 1 was born in May 2013.

Figure 1 today is available on iOS,  Android and the web. Doctors and medical professionals can take pictures of their patients, de-identify the patient, caption the picture with a question or an explanation and put it out to the medical community to refer to and comment on. 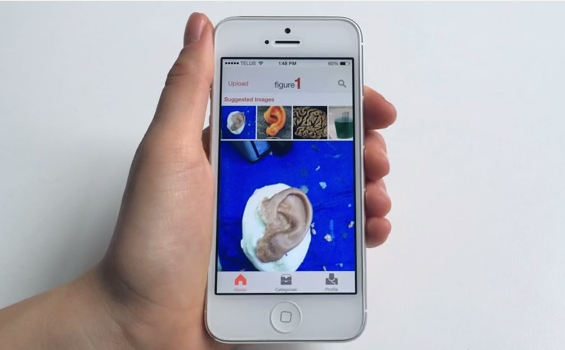 Each user is asked to verify their identity and only verified professional can access all of the features on the app. The app is available in 48 countries today and has a built-in process of verification in more than 25 countries. In other countries as well, Figure 1 is working towards completing the verification process. As they go ahead, team Figure 1 plans to make more and more features available only to verified users.

Once the app was out in the market in May 2013, it was quickly adopted by the medical community. A lot of well-known doctors around the world adopted this app to use it for discussion of rare medical problems. Medical students especially found this to be an encyclopedia of all the information which they would otherwise find difficult to get their hands on.

says Gregory. All the three founders bring diverse backgrounds with them and their experience has immensely helped in making the app a huge success. Gregory Levey is a former United Nations speechwriter and a tenured professor of Professional Communication at Ryerson University. He has had two books published by Simon & Schuster, and has also written for The New Yorker, The New Republic, and other publications. He holds an MBA, a JD, and PhD. Gregory is the CEO of Figure1. Richard Penner is a full-stack developer with particular expertise in mobile applications. Richard leads technological development at Figure 1. Dr. Joshua Landy is the Chief Medical Officer at Figure 1 and continues to practice medicine. 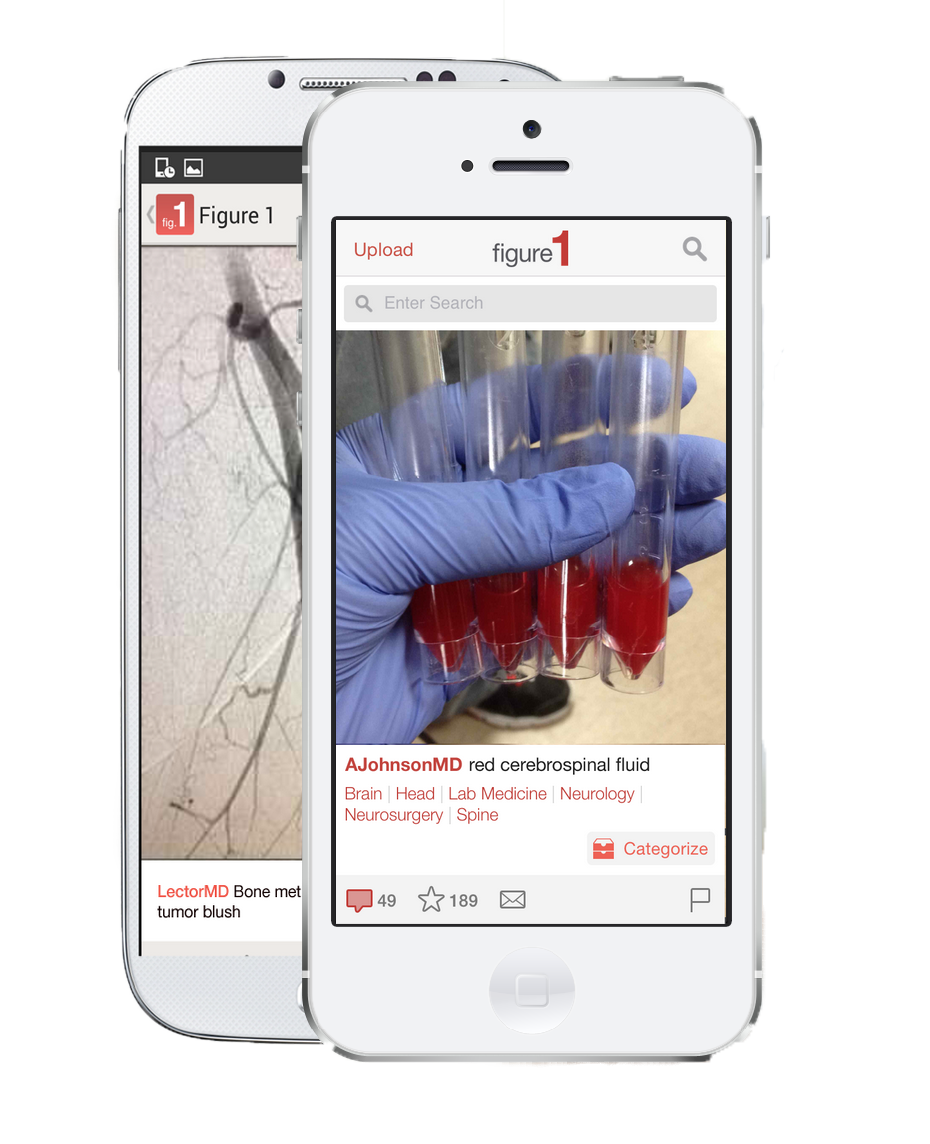 Today the app is being used by more than 150000 people in USA, UK, Europe, Australia, New Zealand, South Africa. Figure 1’s images are viewed more than 2 million times per day. In February, Figure 1 entered the Asian markets by introducing Figure 1 to India.

India was a perfect entry point for us in Asia. In India there is a huge culture of collaboration. Doctors are technology savvy and are already using whatsapp to get opinions. Also the Indian market is big on mobiles and is changing very very quickly. There is a huge shift happening in India right now in terms of technological transformations and we believe that we will learn a lot here that we can use in other parts of the world.

says Gregory. The founders have been in touch with the medical community and VCs in India and have seen a lot of enthusiasm among the Indian community about this app. In India they do realize that they face issues such as lower bandwidths and low internet penetration however, they also know that the scene in India is changing very fast. The team is keen on entering India at this early stage, at the ground level, so that when the internet wave sweeps the entire nation, they are already known to everyone who wants to use their app.

In conjunction with the launch of Figure 1 in India, the company will also be starting the India Ambassador program and Fellows program. The Ambassador program is made up of medical, nursing and dental students who spread the word about Figure 1. The Fellows program is for practicing healthcare professionals who guide the direction of the community.

Post the India launch, the company plans to launch its product in the South American markets soon starting with Brazil. There will also be a number of changes that the product will undergo to ensure better connectivity of medical professionals all across the world.