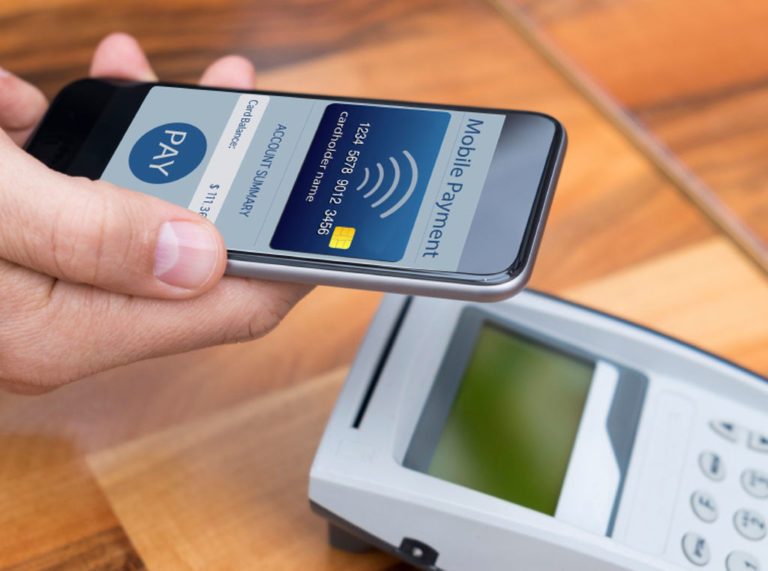 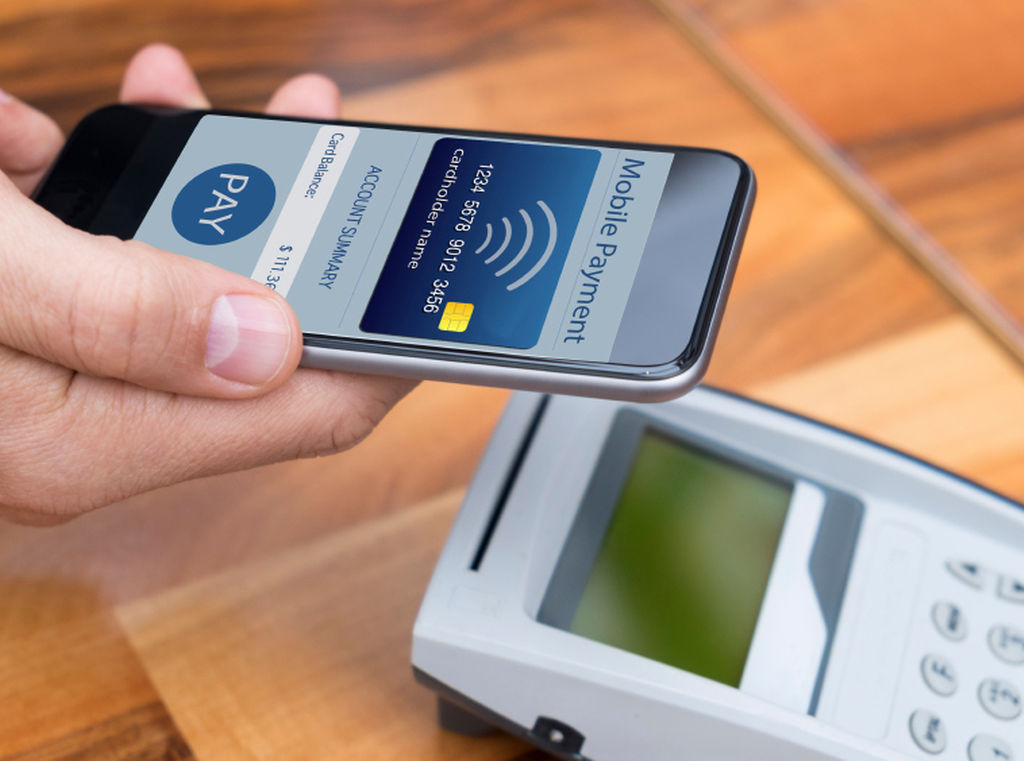 When Prime Minister Narendra Modi announced on November 8 that over 80% of our paper currency would be obsolete thereon, most of the country was left spell bound. While this was a move to discourage and partially halt the flow of counterfeit currency in a supposedly invisible economy, also crippling most industries and investors, there was one industrial sector that sat by the side and smirked – FinTech.

FinTech is an umbrella term that is now used to describe all those technological facilities and innovations that aid the provision of financial services within an economy. While there was a public ostracisation of the old currency notes, apps like Paytm surged forward to advertise what they considered to be one of the boldest moves in the financial history of our country, paving the way for a cashless India.

While the ripples of the move are still being felt every now and then, the financial climate is much more stable now than it was 5 months ago. However, the presence of an opportunity does not necessarily amount to rejoice and frolic for all.

Even if we exclude fact that large-scale problems such as financial inclusion still haunt our nation, there are quite a few challenges that daunt the FinTech sector. Let’s discuss a few of them.

The first challenge, aided in part by the recent Demonetisation announcement, is that of making the population aware of the ease and comfort associated with online banking and cashless transactions. Not only does this involve an ideological shift, it also requires the population to cross a mental barrier – security.

FinTech startups and companies need to make sure that they equate the sense of security one experiences while spending hard cash when they authorise an online transaction with the help of a single click. While the ubiquitous use of these ‘clicks’ and passwords on smartphones does not help the process, a patient, interactive and informative guide might just do the job.

Looking at it through this lens, it comes as no surprise that a report by Finextra Research Ltd. states that 69% of existing FinTech firms plan on raising their expenditures on content marketing. The scope of development for an online app of such a sort can be exponential, as has been witnessed by the growing popularity of Paytm!

In fact, certain projections point to a 30% decrease in banking employment over the next decade, as the concentration of delivering banking services in person decline with time.

As the competition for the most successful form of executing financial services is up for grabs, one can expect the fintech industry to automate everything that comes its way. While we are still admiring the easy pay options of these online payment apps, every activity from money lending to capital valuation will start becoming automated.

While these apps are unburdened by regulators, legacy IT systems or the need to protect existing business, they will show greater bravery one experimentation as well as execution. Every function will soon be automated – portfolio management, customer care, risk assessment, et cetera. While this may seem to be a promising trend, it comes with its own pitfalls.

As customers start exposing themselves to these sophisticated services, a lot of concerns and obstacles will arise in their usage, and apart from upgrading their sophistication, app developers will also have to look at mitigating the basic problems that these customers face on a large scale.

Thus, while automation will sweep through most services that banking corporations provide in person right now, the transition may not be as smooth as fintech developers might want to imagine.

While we have always been used to being dependent on our banking corporations to provide the chunk of capital services that we have always required, over time, it will be these fintech apps that will do the job, with banks holding safe, liquid assets and deposits. The borrowers and savers will now all be available on your smartphone.

However, the interaction of the automated systems pervading the traditional banking system will create whirlpools of lending patterns that will emerge due to the interaction itself – economies will have much lesser leverage in terms of credit, while traditional corporations might still hold the upper hand in providing services that require a payment infrastructure, or simply the ability to provide an insured current account.

It will be interesting to watch the evolving needs of the consumer as he tackles the discomfort of automation in money matters – something that we Indians usually hold very close to our chests.

While the landscape of lending and borrowing might change when it comes to user experience, the degree and scope of investments will only increase. However, the way we read and process it may change over time. As cryptocurrencies becomes easier to process and handle worldwide, other technologies supporting the development of transactions in such currencies will develop.

One of those that is already taking the tech world by storm is that of Blockchain. As it becomes easier to replicate and over-account for funds that are available to a company at any given time due to their virtual nature, Blockchain serves as an online ledger of transactions that records any exchange that is made of value.

So, as this self-auditing scheme keeps recording every transaction you make and creates blockchains of your transactional history, it becomes very difficult to manipulate or corrupt. As we speak about the issues that users would have with respect to security, such innovations can be the guiding factor to gain the trust of masses in order to successfully make most users believe in the technology.

When it comes to bitcoins, the fact that it has no intrinsic value and has no circulation monitoring through a central bank makes it an interesting currency to deal in. Thus, the combined effect of cryptocurrency and technology like blockchain will make the process and experience of transacting online completely different, and carries the scope of making it ubiquitous to an extent.

Most of us might never come across an explanation of blockchain directly, but we will certainly understand it’s implication when we start questioning the security of the multitudes of transactions we make online in the future.

As innovation takes the lead while the scope of integration broadens, startups can create a real impact in society through different mediums like the P2P marketplace.

It may be far-fetched to suggest that poverty shall be alleviated through such models, but one is sure to state that by providing the power of change in the individual’s hands, a lot can be achieved throughout the world regardless of what the political and financial climates are.

PayActiv is another app that encourages better ways and modes of saving regularly, thereby increasing the independence of many of its users over time. While the financial climate improves and horizons of investment broaden and blockchains eliminate the cost of middlemen, the potential of investing in social causes increases, thereby allowing for a direct and effective way of alleviating some of the social problems we face on a daily basis.

As the climate of the economy and the financial sector undergoes drastic changes, we might be in for a rollercoaster ride, with promising developments coupled with challenges in integration, acceptance and trust.

What will be interesting to see is the exchange of ideas and the effort that various companies will put, in creating technology that is seamless, easy to operate as well as effective for a myriad of functions – all of which will gradually move online.

Also Read: Mobile Wallet Industry in India: Are We Asking the Right Questions?

It might not be exactly feasible to determine what may and may not work, but there is a looming certainty regarding the friction that will be created between fintech developers and traditional bankers, as each tries to lure customers to use their respective technologies.

The approaches they take will be interesting – one pointing to the future of operation while the other focuses on the security of keeping it all simple and basic. Who knows, in a few decades we might find ourselves dealing in currency we have never seen or felt, through channels and mediums that are intangible, to ledgers that only exist virtually, leaving us in a mood of uncertainty at times and excitement at others.

While all these things might go one way or another, the fact remains that investing in fintech today would be one of the smartest moves that one would make, especially in an economy recently crippled by the ‘demon’ of disbanding hard currency! 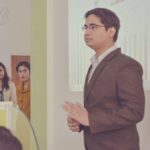 Deepak Bhandari is enterprising COO of Code Brew Labs, with ample expertise in the are a of building a team, running sales, managing products, and maintaining healthy relations with our clients.

He has been the head of sales and the Lead Android Programmer for Code Brew Labs, indicating his varied skill set, he is both technically sound, and a good people person. He can also rake in the figures, as was proved in the last year, with over a million dollars generated in sales volume.