Perhaps the number of users who take to Mozilla’s search engine Firefox is declining every day. But the company has just announced a new perk, which may, in all liveliness, appeal to customers.

Mozilla has said that it will to protecting all users of Firefox against cross-site tracking in Private Browsing mode, automatically. Private Browsing windows will have the Total Cookie Protection feature enabled by default, starting with the Firefox 89 version of the search engine, which meets the world today.

The feature is so designed to force every website to store their cookies in separate “jars”, which in turn will prevent them from tracking users and building their browsing profiles, as they use the Web.

The Total Cookie Protection tool was first launched by the company in February 2016, via the Firefox 86 version. However, up till now, it could be switched on only manually, and users had to toggle the ETP Strict Mode on, from the settings of the browser itself. 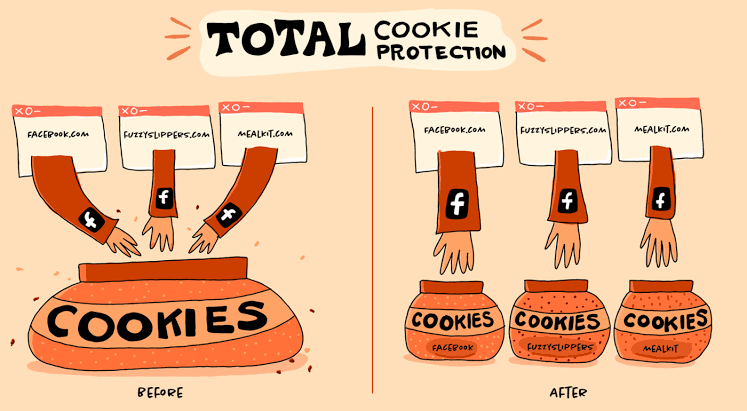 Arthur Edelstein, the Firefox Privacy and Security Senior Product Manager at Mozilla, expressed his views on the new default feature, saying that it is a “sophisticated set” of privacy improvements, which will help the browser prevent websites from gaining direct access to each other’s cookies.

Total Cookie Protection is quite strict, but one exception does exist. Cross-site cookies will be enabled in case they are required for non-tracking purposes, including those used by third-party login providers.

Apart from Total Cookie Protection, Mozilla has set up a number of other tools to protect user data while browsing. These include rhe addition of Supercookie protection, which block supercookies from carrying out cross-site tracking; clearing of Cookies and cache every time a Private Browsinv session closes; and blocking of Trackers.

Additionally, SmartBlock, which is a smart tool to fix pages that broke when tracking scripts were blocked, has also be enabled, to ensure no hassle to users or sites.