While there were factory tours for Tesla Giga Shanghai, the battery pack and electric motor production line were kept hidden to date. Now Tesla itself shared a rare look on the popular Chinese social media platform, Weibo. The Model 3 and Model Y battery modules are shown in the video along with their models. 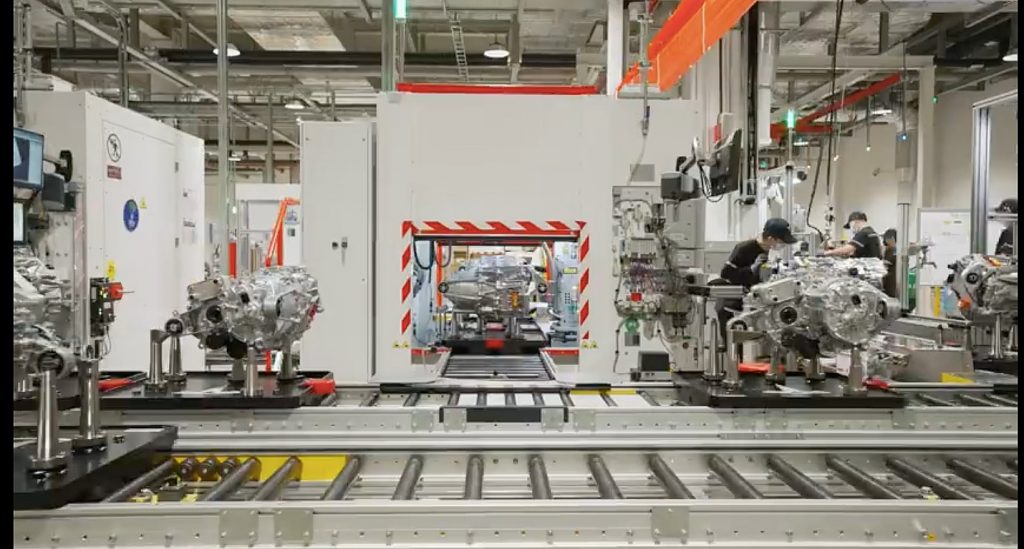 Tesla factories progress effectively as they keep expanding in different locations. Giga Shanghai was built within a year and is known to build around 470,000 vehicles every year currently. To date, despite Tesla moving forward with production plants in Berlin and Texas, Giga Shanghai continues to be notable with its progressions.

Below is the image of the Weibo post as shared by Tesla’s official page. Model Y production was started in January 2021. With their first Model 3s delivered to customers in December 2019, the factory has advanced in many aspects. 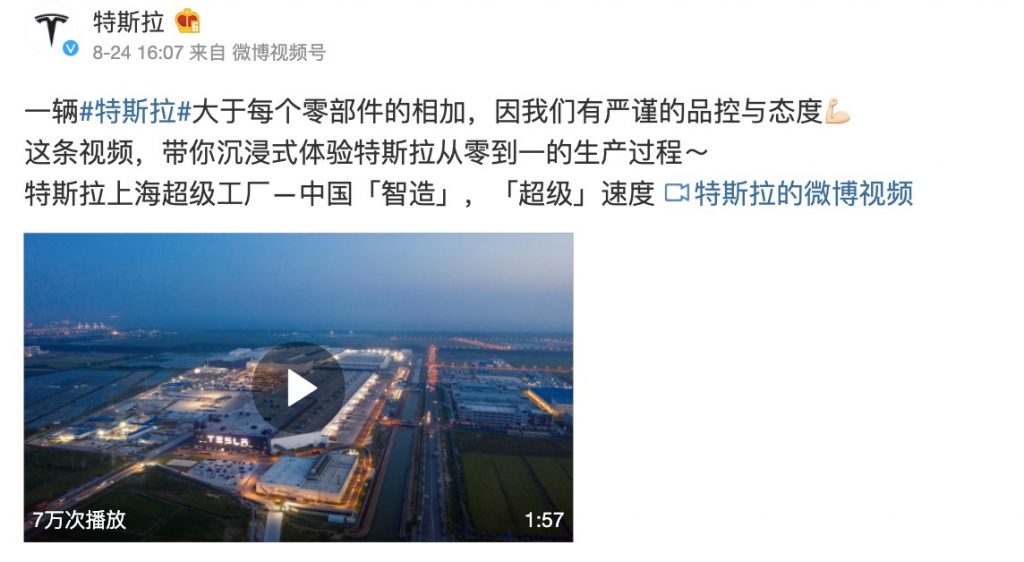 A clear view of the inside factory can be seen in the two-minute video shared. The packs and production line seemed to be assembled accordingly. The Weibo post stated  that each Tesla produced in Gigafactory Shanghai is the “sum of its parts” because it follows a “strict quality control and attitude.” Everything from the initial stage to the final product can be seen in the short video.

Elon Musk also replied under a post talking about Giga Shanghai, saying “Tesla China rocks!” The video shared by Tesla is again shared by a Tesla investor account on Twitter. Incredible views in the factory can be seen, remarkably most of the process is automated.

Till Giga Berlin starts deliveries Giga Shanghai will be exporting certain Tesla cars to Europe. In Q2,2021 sales Tesla China sales have been saved because of export sales. After many challenges were dealt with in China this year, the sales are again continuing to pickup. It would be challenging for the factory to keep up with demand without automation in most processes. Many robotic arms can be seen in the video. The shiny battery modules going through the production line, some kind of detail markings with the robot arm, shifting parts, painting spray, the upper body without the parts, and then finally the final car. The video definitely gives a nostalgic view, every Tesla owner can view how the car their driving in is made. The automotive industry is picking up similar automation processes to boost production numbers.